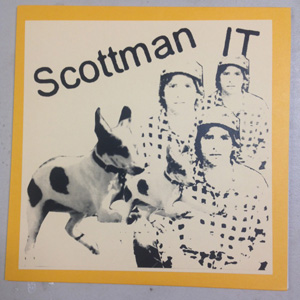 We are ridiculously proud to present Soild Gold - 000004: Scott McMicken's "IT".

"IT" is the first solo album from Dr Dog songwriter/singer, Scott McMicken! This album was recorded a while ago and was originally intended to be released as a cohesive unit, but was eventually partially pieced out for Dr. Dog bonus tracks on various albums and singles. But, this marks the first time that it appears in it's entirety, as originally intended, and on vinyl.

LPs on Goldenrod Vinyl and Cassettes on Gold tapes.

35 Gold with Red and yellow rim Splatter vinyl will be sent to random purchasers.

Includes a poster with art by V. Cessna.

Test Pressings: Do you like test pressings? We have 3 test pressings
to be given away in a raffle. To enter the raffle, use the "pay what you
want" option and enter a value (over $15) that includes change. Eric has
chosen a number between .01 and .99, and the first three people to pay a value
with that change amount, win the test pressing. For example, if Eric chose $.02
(hint: he didn't), and you paid $15.02, you win a test pressing. You have the
same chance of winning whether you pay $15.02 or $250.02... However, if you
throw in a little extra, it will be used to buy beers and hummus for the record
packing party we hold when we receive each release from the pressing plant.

Soild Gold 3 Pack - New to Soild Gold? Can't believe you missed the first two releases? Well, they are both almost sold out, but we have twenty 3-packs available at a discount!

And while you are at it, don't forget to pick up the Scott McMicken CD-Record (that plays on your turntable and in your CD player).

The Golden Boots Announce Vinyl Rarities Store:  Golden Boots are one of the bands that PIAPTK has worked with the most with over the years.  We’ve done over 20 releases that they were a part of.  They are also probably the worst band on the planet about bringing merch to their shows.  So, when I moved to Tucson a while back and walked into Ryen’s house, I saw a shelf with almost every artist copy of every release I’ve ever given them sitting on it. Things that people have been begging me for over the years, but were long ago sold out.

Now, they’ve finally made the stash available to the public at http://goldenbootswebstore.limitedrun.com.  They’ve even put together a few 3xLP boxsets comprised of the three main LP albums they’ve released on vinyl. Other items available include: 5” X-ray Pic discs, Blunderlust 10” (both versions), Bland Canyon Adventure 10” (with paint set), “The Microphones, Golden Boots, Paleo and Bishop Allen Collaborate with a 1940’s Wire Recorder 7” (all versions), The “Days Before The Tow” Lost 7”, Hand-colored LABRYYYNTH Wrecking Ball Swirl Paint 7” lathes, WCKR SPGT Tributes, “Golden Boots/Flaspar/Andrew Jackson Jihad split CDs”, The Man In Me Lathe Cut Heart Shaped Lathe Cut Picnic Plates that were given away at my wedding, and even some handmade artpieces.  They only have between 1 and 5 copies of most of these, so if you have been looking for something, now’s the time to break out the two dollar bills your grandpa included in the weird religious Christmas Card he sent. Pick some up here: http://goldenbootswebstore.limitedrun.com

PIAPTK is excited to announce that we have partnered with one of our favorite labels, Joyful Noise Recordings! And I have been hired by JNR as a Physical Release Strategist and Creative Concepts Director.This means a significantly larger platform for the freaky, weird, packaging and vinyl formatting that you have come to know and love from PIAPTK. With that comes huge budget increases, more time that can be allotted to research and development, increased exposure, and collaboration of ideas that will allow both labels to really expand, artistically, and continue to push the boundaries of physical media.
It also means wider distribution for our pressed vinyl releases and additional exposure for our family of artists.  PIAPTK has always existed for two reasons: 1) to serve as an outlet for my own brand of conceptual art and 2) to attempt to bring the amazing music that my friends are making to wider audiences.  And this partnership will be a huge leap forward in that evolution. If you are not already familiar with Joyful Noise, they are an incredible label based in Indianapolis, that has released records for many of my (and probably your) favorite artists.  Half Japanese, Sebadoh, David Yow, Don Caballero, Deerhoof, WHY?, and countless artists through their flexi singles subscription series. In an industry that is mostly known for shady business practices and exploitation of artists, Joyful Noise is transparent, honest, and very straight forward with their fans and their bands. Their creative approach and attention to the tiniest details of their releases, has always been an inspiration to me, and I can’t wait to bring my own weird touch to their operation.You will probably begin seeing my fingerprints on many of their releases very soon. In the meantime, please go check out www.JoyfulNoiseRecordings.com to see all the great things they are doing right now!Thanks as always!Michael DixonPIAPTKTucson, AZ

This happened a while back, but I never posted it, and it is a pretty good summary of what I do here at PIAPTK.

Wow. This news flash is going to be even more packed full than usual. Let's get right to it: 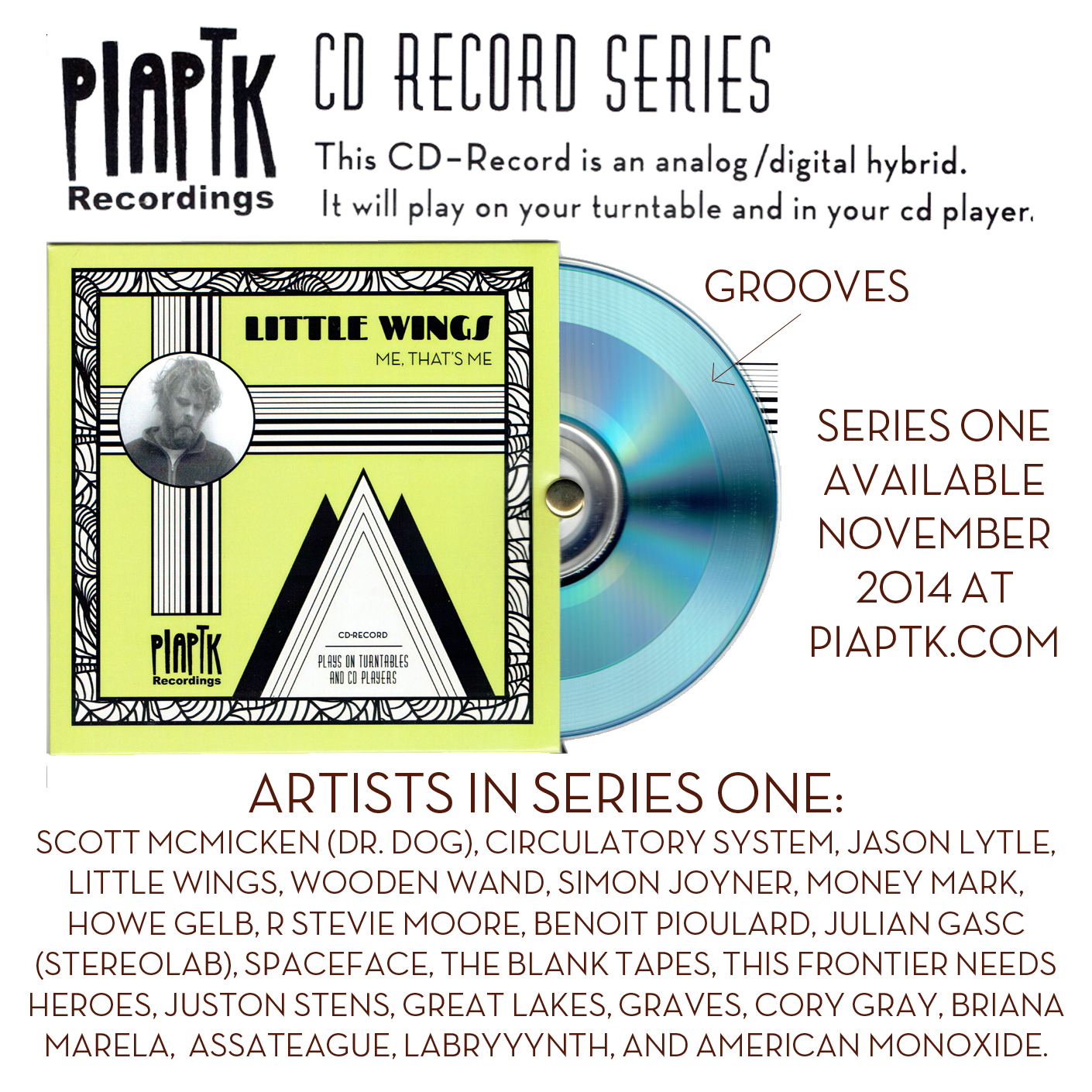 
Official Release Date of all CD-Records is December 2nd and all orders will ship to arrive by then.

This is a series almost two years in the making, and we are so excited to announce it. Our CD-Records are CD/Vinyl hybrid discs that will play in your CD Player AND on your turntable!

The CD-Record series will be an ongoing series of CD singles with one song on the burned part of the CD and the same song with lathe cut grooves on the backside of the CD so it plays on your turntable and in your CD player. Each CD-Record will come with a center spindle adapter.  Each disc comes in a professionally printed mini-LP sleeve.

Artists in the first series:

All CD-Records will be limited to only 300 copies each. PICK THEM UP HERE 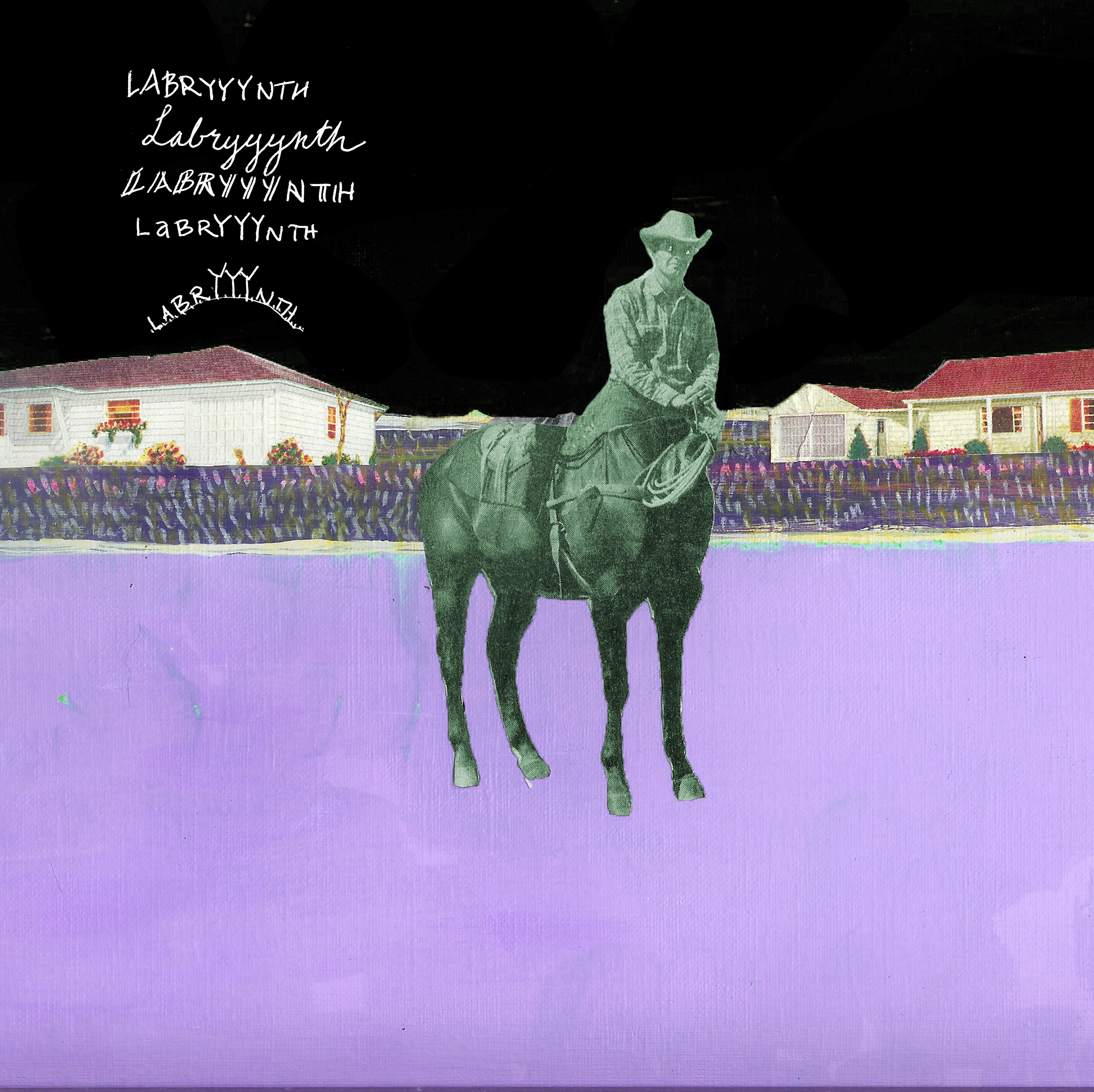 We are so excited to present the new recording project from members of Golden Boots and Dr. Dog.

Lathe Cut: Right now, we have a lathe cut single for the song "Wrecking Ball", which is a completely different recording/feeling than the one that ended up on the Album. This lathe cut will be a split release with Burger Records, and is limited to 50 copies.  They will uniquely psychedelicly marble painted.  HERE

LABRYYYNTH: LABRYYYNTH: This is the incredible debut from LABRYYYNTH.  It will be available digitally on all Digital Retailers on Nov. 2nd, as well as on cassette from Burger Records and PIAPTK.  Sometime in December, the LP will be available in unique 70s Taiwanese-style-bootleg packaging (guaranteed you don't have a modern record in packaging like this) from PIAPTK, Bleeding Gold, and Gray Sky Records. HERE

LABRYYYNTH: The T-Shirt - Just for giggles we made up about a dozen DIY style shirts. They are weird and very limited. HERE

LABRYYYNTH: The Postcard - LABRYYYNTH has contributed an exclusive track to our buddies at Folktale Records for their Musical Postcard Series. Get a new hand made postcard in the mail with a free digital single, every month.  Subscribe here (and check out the rest of Folktale's amazing stuff). 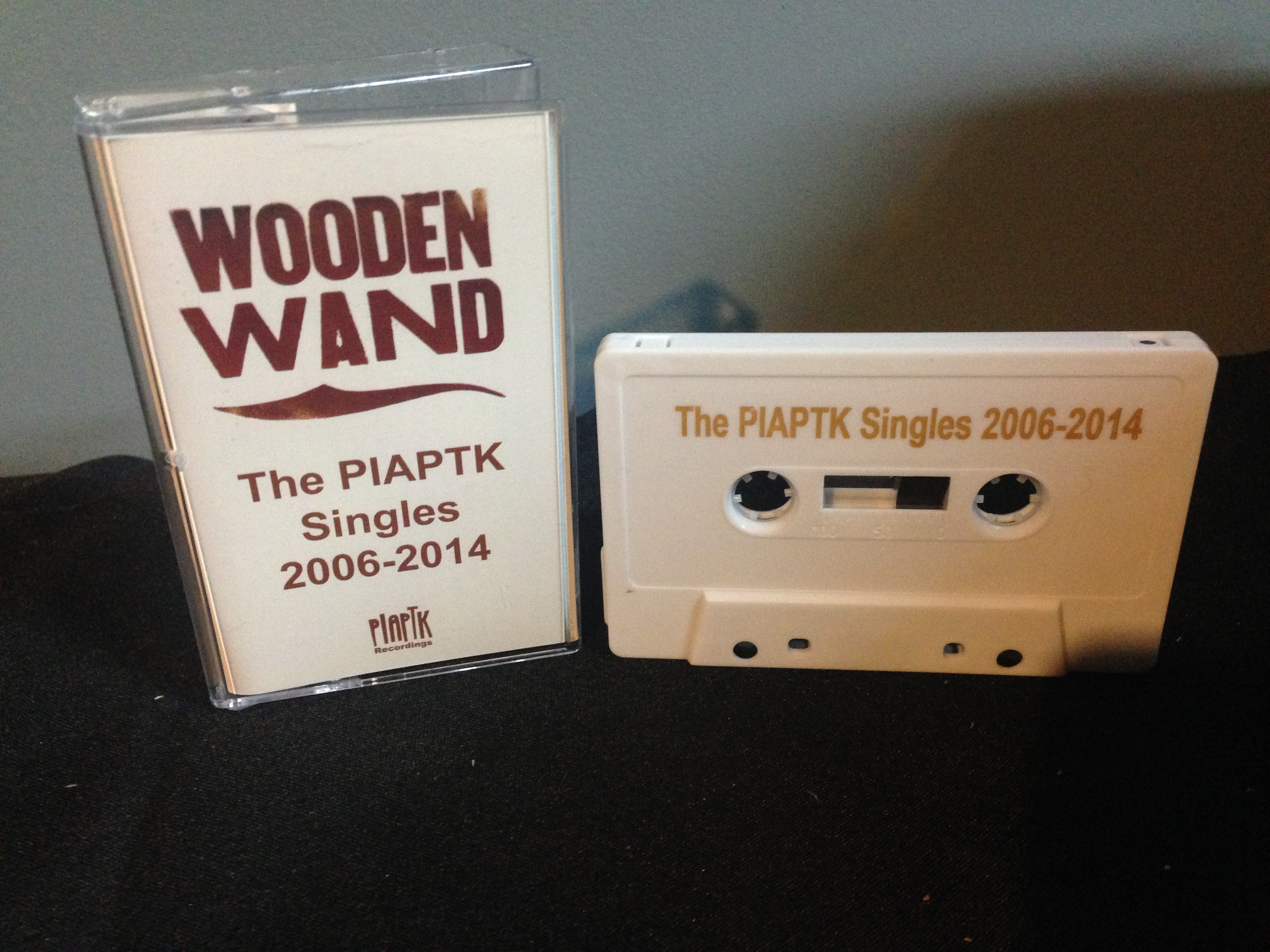 A Cassette Store 2014 Release! Wooden Wand and PIAPTK go back a long time, and we've released some really great records together.  Many of those were weird singles that went out of print almost instantly.  This cassette tape contains every track Wand has released on a PIAPTK single between 2006 and September of 2014. Ltd edition of 100. HERE 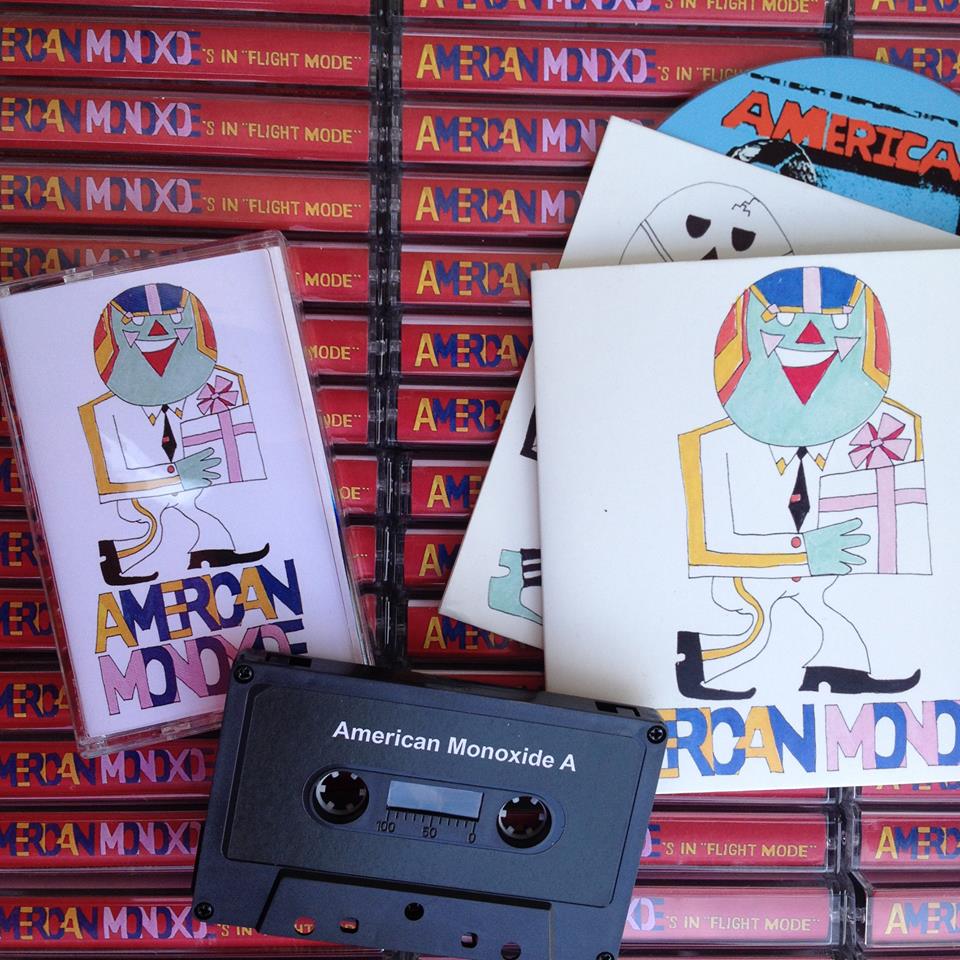 The solo project of Dimitri Manos (Dr. Dog, Golden Boots, LABRYYYNTH), American Monoxide is the unfettered freakiness of Dimitri's pop genius with no boundries imposed by other band members.  Recorded in a couple of weeks in his home studio, In Flight Mode is a fractured pop masterpiece.  Available to stream for a very limited time: https://soundcloud.com/americanmonoxide/sets/american-monoxides-in-flight-mode

Available on Cassette or CD, each disc comes wrapped inside of a beautiful American Monoxide Shop Rag (made by Shot By A Fan's Richard Santos).  HERE 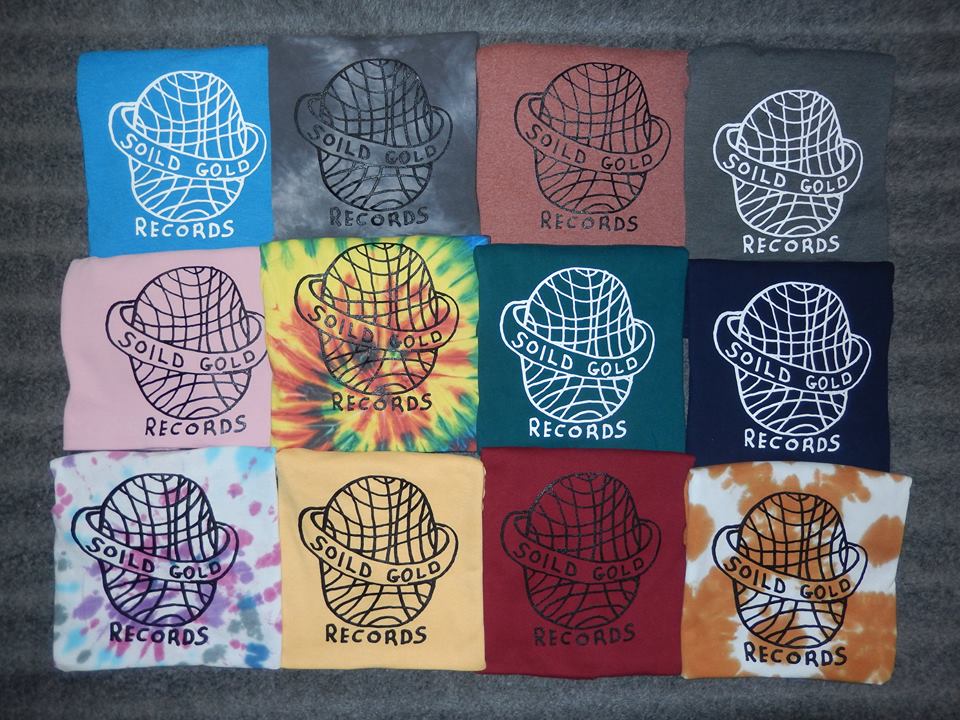 Every one is different, so we can't list them all individually. You must be willing to let go of your desire to be in control of your own t-shirt destiny. Surrender yourself and your wardrobe fully to the whims of benevolent mail order man. You may feel free to request a color or simply light/bright/dark, but ultimately, your fate will be up to the mood of the all-powerful merch maven.  HERE 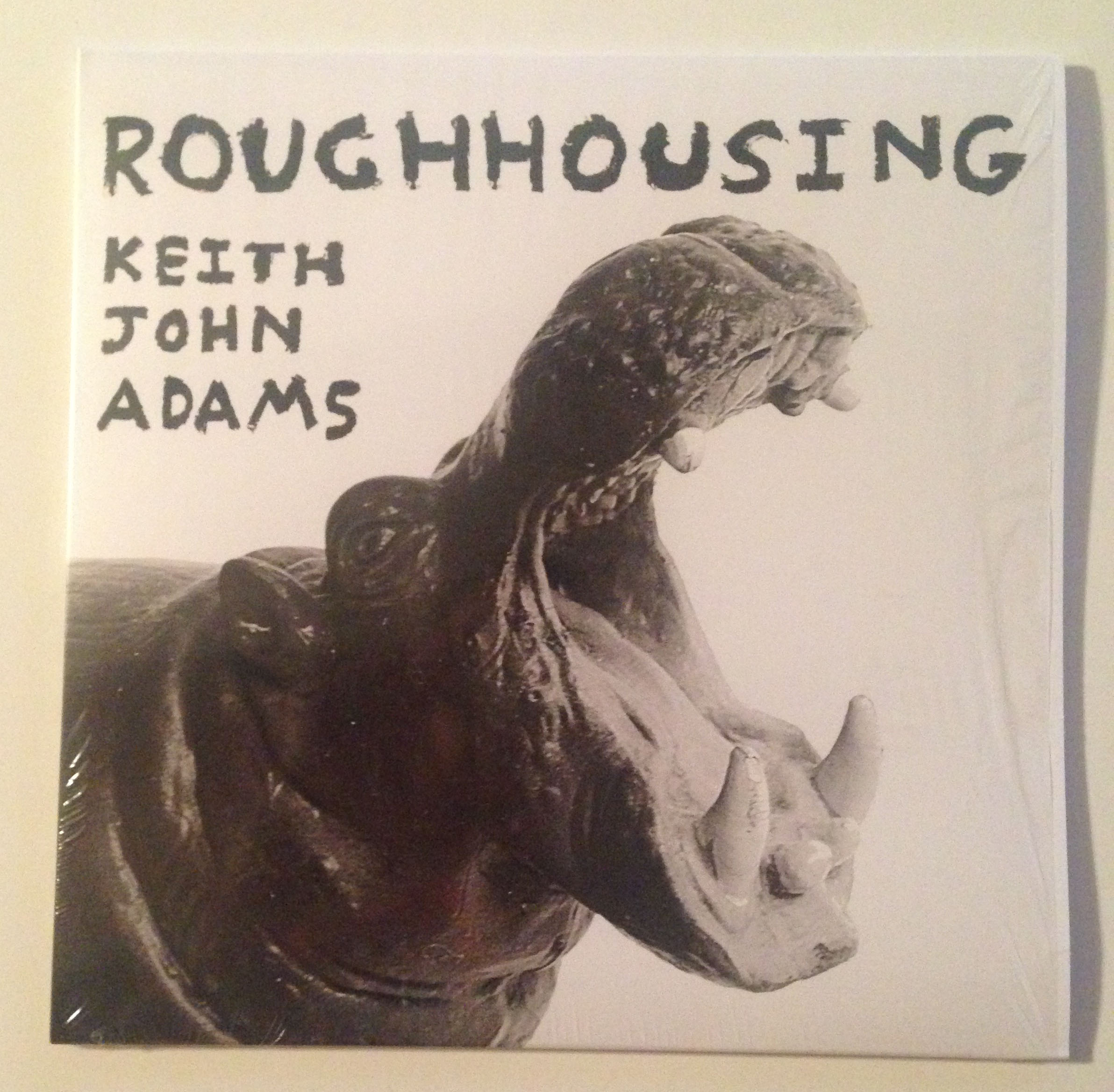 The fantastic new album from our favorite British BBC correspondent, Keith John Adams. Roughhousing is another LP crammed full of clever and witty pop gems from the best London tourguide I've ever had the pleasure to be guided by.

Get a free download of the Double A Side single, Music in my Feet here: http://keithjohnadams.bandcamp.com/album/music-in-my-feet-no-room-double-a-side

Released by my good buddies, Liz and Carlos Perpetua-Valdez, the profits from this killer Christmas Compilation go to benefit a charity for Homeless Teens in Seattle. Only 500 copies, all on Gold and Silver Specked Vinyl! Cool review HERE .

4. Human Hearts (Franklin Bruno) – “June is as Cold as December”

8. Refrigerator – “Christmas in the Sun”

Over the last few months we have been slowly and quietly selling out of several titles.  And, there are quite a few more that we are almost out of, so I've started a new section of the website called "LAST CHANCE" that tags all the items that are down to 15 or less copies.  Just so that you are warned.  Also, this is your last chance to buy MP3 copies of most of the other releases that are out of print in physical format.  Within the next week, I will be moving all of those releases to the OUT OF PRINT DISCOGRAPHY section of the site, and they will no longer be available digitally.