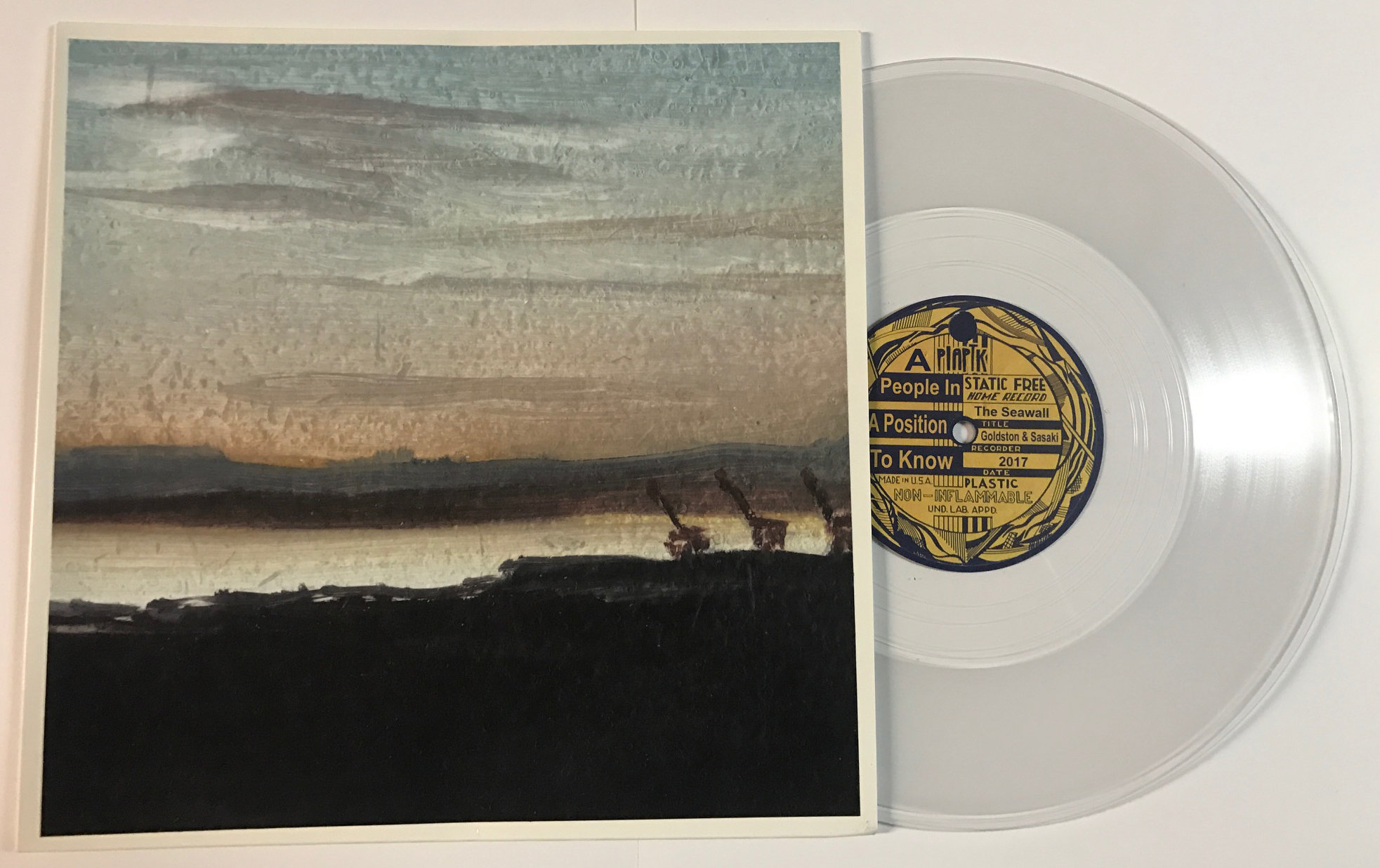 LORI GOLDSTON (Nirvana/EARTH) and DAN SASAKI (Enemymine/TJO) - THE SEAWALL 10" Made to (One Week) Preorder.

Lori Goldston is a Pacific NW legend. You may recognize her as the Cellist from Nirvana's Unplugged. But besides playing Cello for Nirvana, she's also been on countless other amazing recordings from David Byrne, Slo-core pioneers EARTH, Laura Veirs, Mirah and the Black Cat Orchestra, etc etc. Dan Sasaki has played drums with Enemymine, Jackie-O Motherfucker, Tara Jane Oneil, and Gun Outfit.

ABOUT THE SEAWALL:
Cellist Lori Goldston and drummer Dan Sasaki were commissioned by Eyvind Kang and Eric Fredrickson to make a recording with Randall Dunn that responded to the city of Seattle’s massive seawall reconstruction project. The site, which connects the city’s downtown to the Salish Sea (Puget Sound), has been a hub of human commerce, transportation culture and life since long before Europeans arrived. These improvised songs, along with Rachel Maxi’s gorgeous painting on the cover, reflect its past and present, the life above and below the water, the land and air, and the giant tunnel being bored there at the time of the recording.

It is being released on clear lathe cut 10".

A Note about lathe cuts: Lathe cuts are made one at a time, in real time, from plexiglass using an experimental process. Therefore, they are lower in volume and fidelity than a traditional record. Each one sounds a little different from the master, and surface noise is also higher (very similar to the "vinyl crackle" one thinks about from an old dusty record), but tends to disappear once the music starts. That being said, they should still sound very cool, and we drop test each one on both a nice turntable and a crappy $50 Crosley suitcase player to make sure they track and play ok.

Listen to a couple of the songs here
Preorder it here!