Well, over the years, PIAPTK goes through phases according to my interests at the time. Sometimes, I get really into making records out of plastic picnic plates with letterpressed covers. Sometimes I get really into making records out of CDs. Sometimes I want to make records with a bunch of weird holes and overlapping grooves. Sometimes I want to make records where the artists hand make the covers. PIAPTK has never come close to breaking even, financially, so I generally just do whatever I want to with it, all the time.
Recently, I've been in a lathe cut plexiglass single mood. But, now, we are entering a whole new era. Now I am in the mood to release a shit-ton of professionally pressed LPs. Which, as someone who prefers LPs to singles, is very exciting. But, as someone who has to pay the huge deposits, all at the same time, to get all these records pressed, it's pretty scary.
So, as usual, I need some cash, and I'm cleaning out the closets again to try to scratch up some cash to make some more wonderful physical musical pieces exist for a world who doesn't (as a whole) deserve them. But, you are here. And YOU deserve them.

1. Upcoming Releases: We've got brand new LPs coming out for Sugar Candy Mountain, SM Wolf, The Blank Tapes, Golden Boots, and some other very exciting ones that we can't talk about yet.

It is NOT hyperbole to say that Easy Not Easy is my second favorite album of all time. It is sexy, chill, vibey, subtle, melodic, beautiful and one of the best examples of indie rock songwriting to ever do in its' thing inside your eardrums.

If you are EVER going to take a chance on a record from PIAPTK, THIS IS IT. Go listen to the whole thing at Graves' bandcamp: https://graves2.bandcamp.com/album/easy-not-easy

This is a co-release with two of my favorite labels: IpreferpI and Almost Halloween Time.

Variants:
PIAPTK - "Beachwater Blue" with Bonus Lathe Cut 7" - LIMITED TO 100 - Blue and clear marbled vinyl plus bonus lathe cut single of a new tune
Almost Halloween Time - Handpainted Covers - If you aren't familiar with AHT, you should be. Every record is a unique, handmade oil painting by Luigi Fulgario. Absolutely gorgeous and ridiculous. We only have 25 copies of Luigi's versions available in the States. On black vinyl. PLEASE. NOTE: READ CAVEAT BELOW BEFORE ORDERING!
IpreferpI - Lime Green Vinyl (limited to 100) I know that they are still experimenting, but their variants are always great. Not sure what exactly it will come with.
Yellow Vinyl - Unlimited, but beautiful opaque banana yellow vinyl
Black Vinyl - Unlimited, but beautiful opaque, lunar eclipse black vinyl.
Test Pressing: Limited to 15. Comes in a plain white sleeve.

So, for every record that I make, I always try to keep at least 5 copies of each lathe cut and 10 copies of each pressed record for my archives. This assures that I won't oversell it, have replacements in case the USPS does what the USPS does best (loses/destroys a package), have a copy for a good friend who is a super fan, etc etc.

Every once in a while I clean out the archives to raise money (and clear out space). But it's hard to set prices sometimes because of Ebay/Discogs flippers. If I mark them up a little over original price, but below discogs/popsike selling prices to remove profit incentive from flippers, people that really want them think I'm gouging. If I sell them at original price, ebay/discogs flippers do what they do and the person who comes to this page 10 minutes too late, who really wanted to own the thing ends up either not getting it or has to pay an inflated price from the flipper.

That being said, this time around, I'm just selling these test pressings (many of which are expensive in secondary markets (Most have never been available at all and this is the first time anyone can get their hands on them) for the same price... $30.00. INCLUDING the crazy expensive Scott McMicken and other Soild Gold Test Pressings. However, to get the Scott McMicken stuff you have to email me personally via the contact form, after you've already checked out with your other purchases and convince me you aren't a flipper. If you've bought stuff from me before, tell me... I can just search through my sales.

UPDATE: I put this on Instagram for about 3 minutes and immediately wished I hadn't. I got flooded with folks, wanting In Your Dreams, and especially "IT". Everybody was PIAPTK's "biggest fan" (many had never bought much, if anything), and nobody was wanting to buy anything now except the Scottman LPs. So, maybe you'd better send me a photo of your PIAPTK and/or Dr Dog collection or something. And to be honest, if you haven't really bought much from PIAPTK in the past, and aren't buying anything in this batch, I would prefer to sell this stuff for super cheap to people who have and are. If you are broke, I get it. If Scott is the only thing on the label you like, I get it (but you have probably not actually checked out anything else on the label), but I don't have many of these, and they should go to people with more than a cursory interest in what we are trying to do here. It may take a day or two to get back to you. Much love, and all respect regardless.

If you ARE a flipper, let someone who actually wants to own it buy it... k?thx.bai

ARCHIVES OUT OF PRINT - More or less original price (Soild Gold $25 across the board, tapes $10) 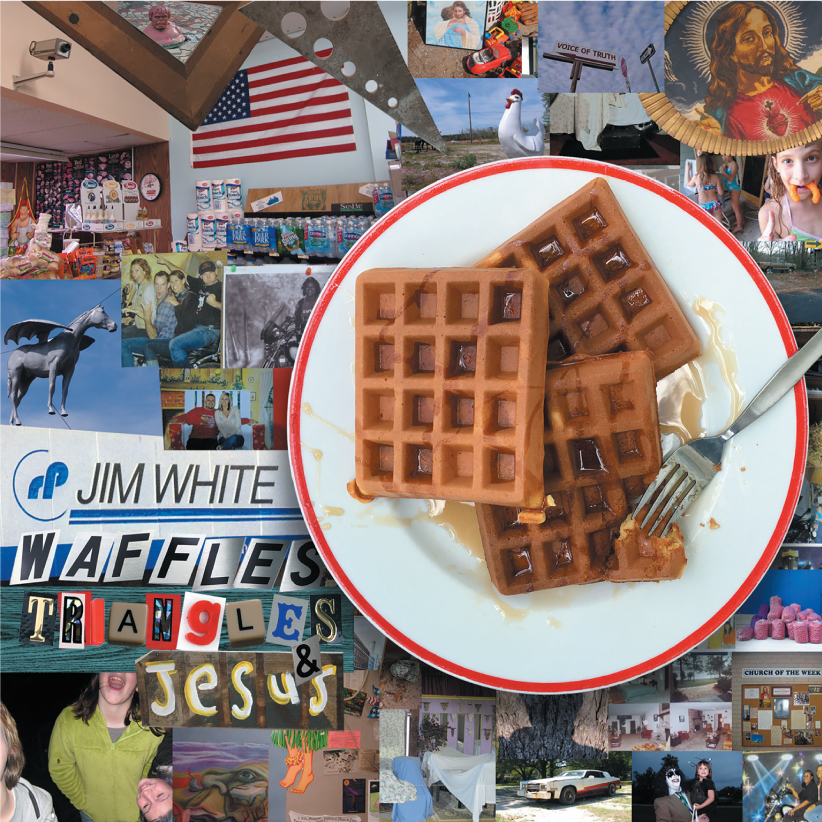 According to the distributor, this great new Jim White record may be "charting" this week. I've finally made it to the big time, yall, and without having to grow out a pony tail. So, if you want to see why everybody is loving this record, read some of the reviews below:

Well, alright. I guess that's it until next time, which probably won't be too far in the future. ::shruggy dude in the blue shirt emoji::