Well, today was weird. I had to change the bonus gift that was going to be included with the new Floating Action LP (see below), but hopefully, it's replacement will be cool enough. And, I'm going on tour with Michael Nau in Europe, so come see us!

1. Last Chance to Preorder Floating Action - Is It Exquisite with new (different) bonus!
2. Michael Nau Euro Tour (and I'll be there!)
3. T-Shirt Closeout!

In 24 hours we begin shipping the PIAPTK versions (the AHT handmade version will be a little late, because it takes a LOT of time for Luigi to paint such detailed and beautiful covers...) of the amazing new Floating Action LP. You have until then to get the free bonuses with the PIAPTK version - A bonus silkscreened pic disc lathe cut of Floating Action covering The Generationals' "Victim of Trap" AND a bonus 12x18" poster!

The first batch that I listed totally sold out, but after I got the shipment in and doled them out to the band and the collaborating labels, there are a handful remaining and up for sale!

Dartboard Debacle: I know that originally this was supposed to include a Dartboard. And the dartboard was going to be pretty rad. I had a prototype made that was cool and cheap, but unfortunately, despite 7 different attempts and over $500 spent trying to bring the stupid thing into existence, this afternoon it finally beat me down. I had to cut my losses, stop throwing good money after bad (a lot of it). But, I switched gears, stuck to what I knew, and made a beautiful, round, geodesic dome and lawn chair themed pic disc.

Pick one up now, before it's too late! 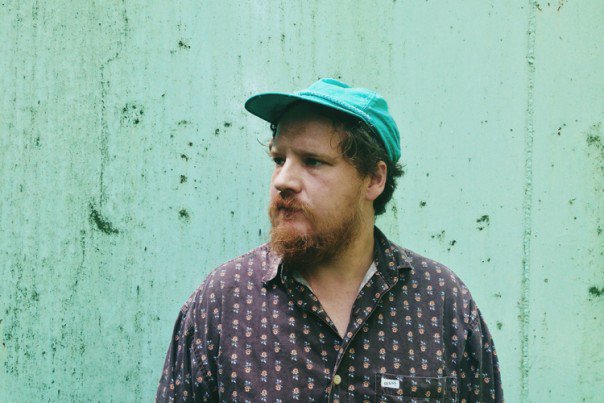 From Sept 21-Oct 8th, I will be on tour in Europe with one of my favorite songwriters, Michael Nau (Cotton Jones Basket Ride, Page France). We will be cutting records by request for five fans a night after the show, and using an off-grid, deep cycle battery powered record lathe to record new songs (and film a mini-doc) at places like Stonehenge, the Beatles Abbey Road Crossing, the Eiffel Tower, etc onto high quality dub plates, which will be digitized (or dumped to tape) and turned into an album.

While you are at it, pick up the Michael Nau CD-Record featuring the demo version of I Root, the first single from Some Twist!

PICK A SET UP HERE! 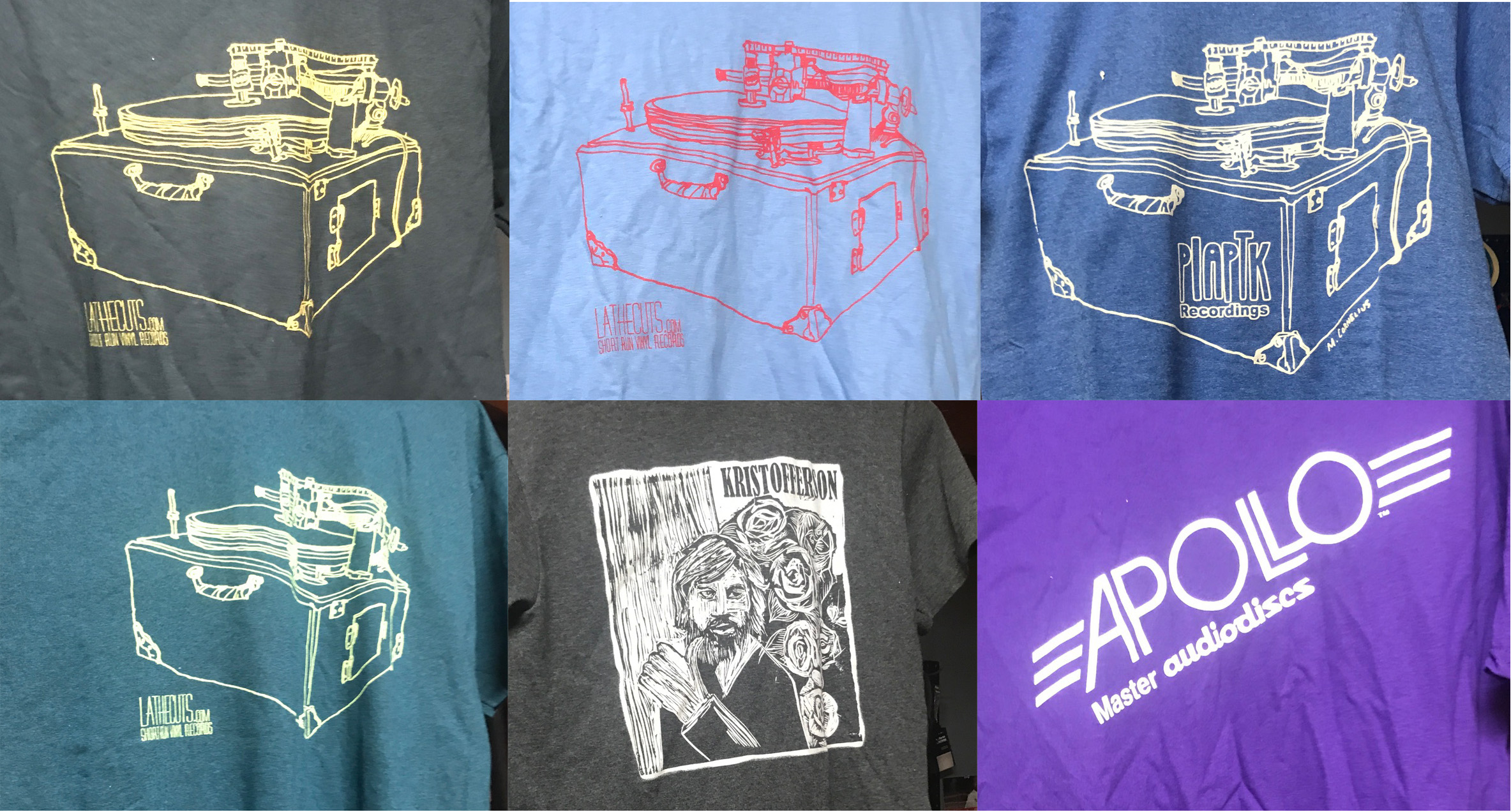 Over the years I occasionally dabble in shirts. But I don't usually keep them in stock because sorting sizes and keeping inventory is a nightmare. So, I just cleaned out the T-shirt Tub and am clearing them out to raise money for my European Trip with Michael Nau.

LATHECUTS.COM Shirts
All Have Same lathe image as PIAPTK, but with LC logo
Black, Powder Blue, or Green

Apollo Masters - I made these as a gift for Apollo Masters, in Banning, CA. I am selling some to help offset the cost of the ones I gave to them. They are the last place in the world that manufacturers record cutting needles and blank lacquer masters. If something happened to this company, it would completely collapse the entire vinyl record market. Sport the logo of Vinyl Records unsung heroes!