It's hot as hell in Arizona, so I've been sequestering myself in my cool, damp basement feverishly cranking out weird new objects. 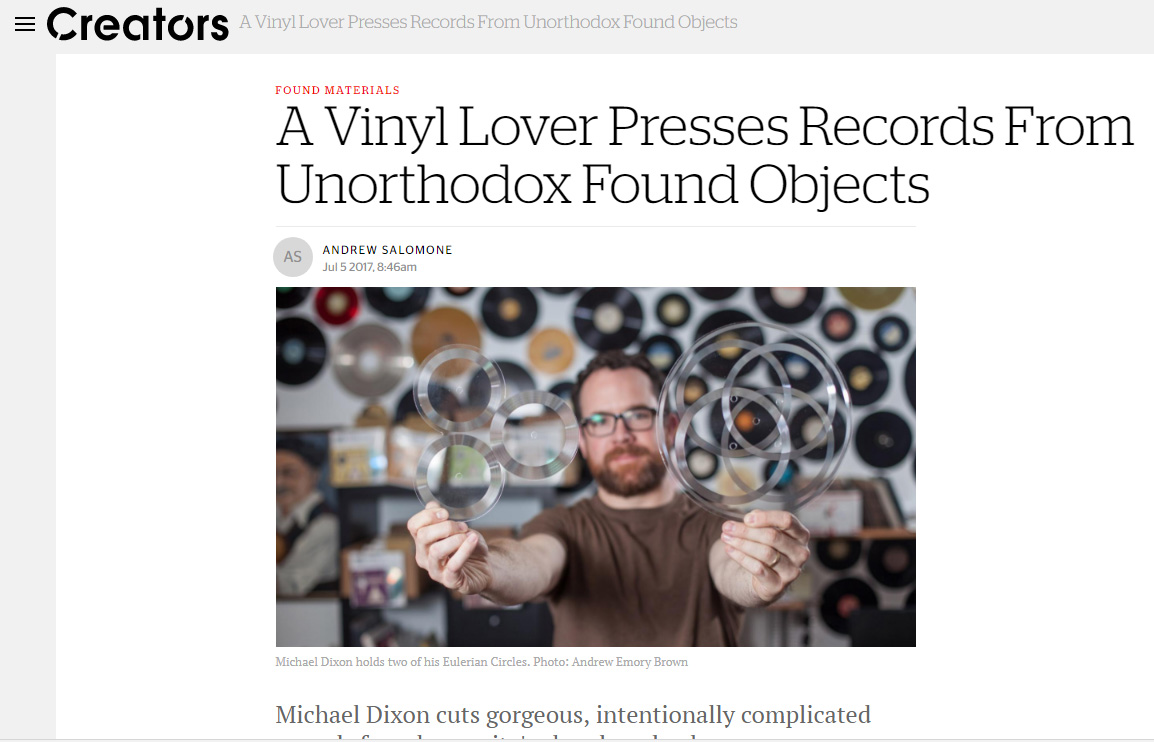 1. New Vice Article on PIAPTK!
A few years back I had an article featured on Vice's NOISEY. This time around, they wrote a very nice feature on their site, CREATORS. Check It Out! If you want to catch up on a dozen other articles and interviews and whatever, check out my personal online portfolio site: www.MichaelDixonVinylArt.com 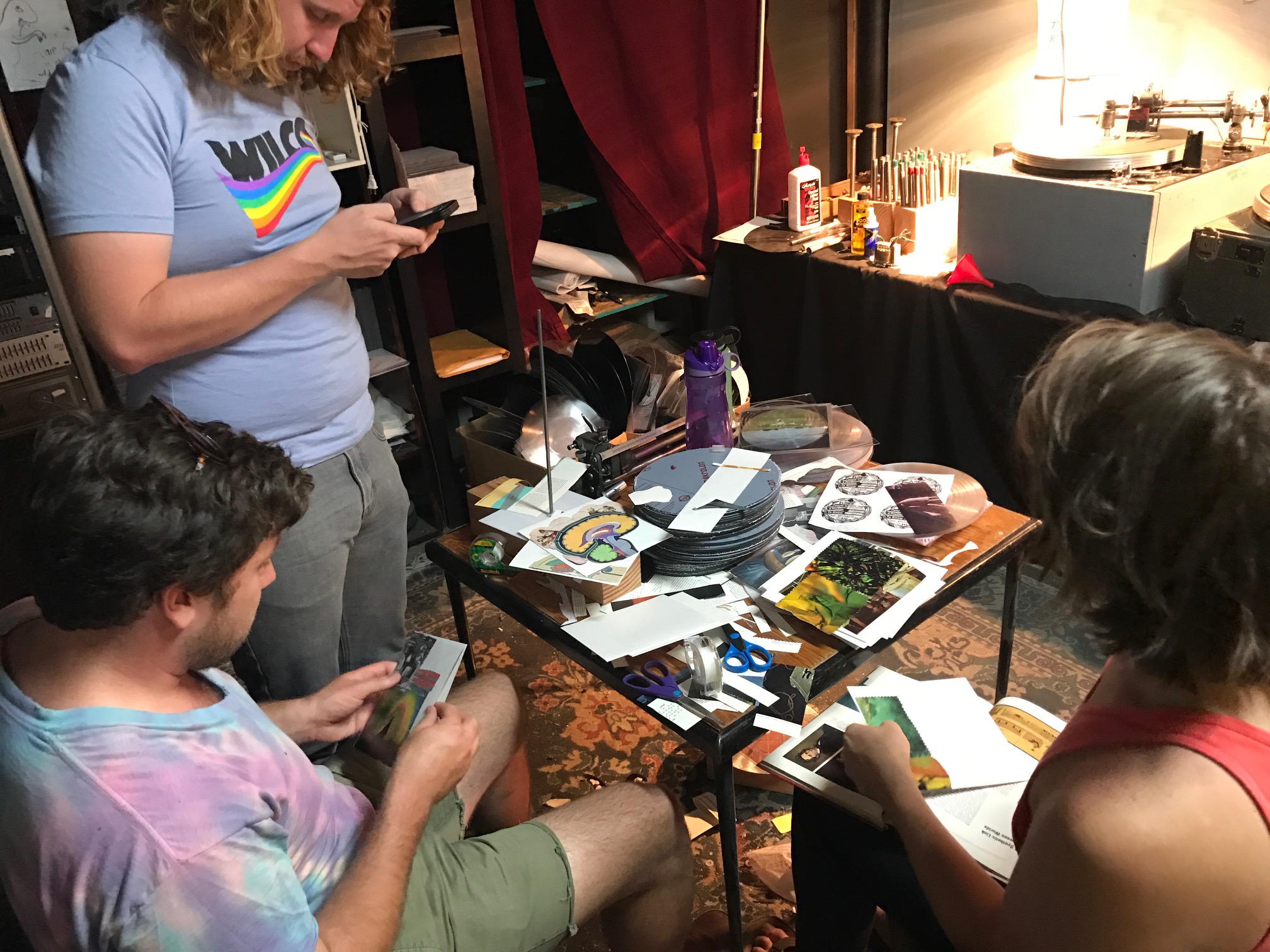 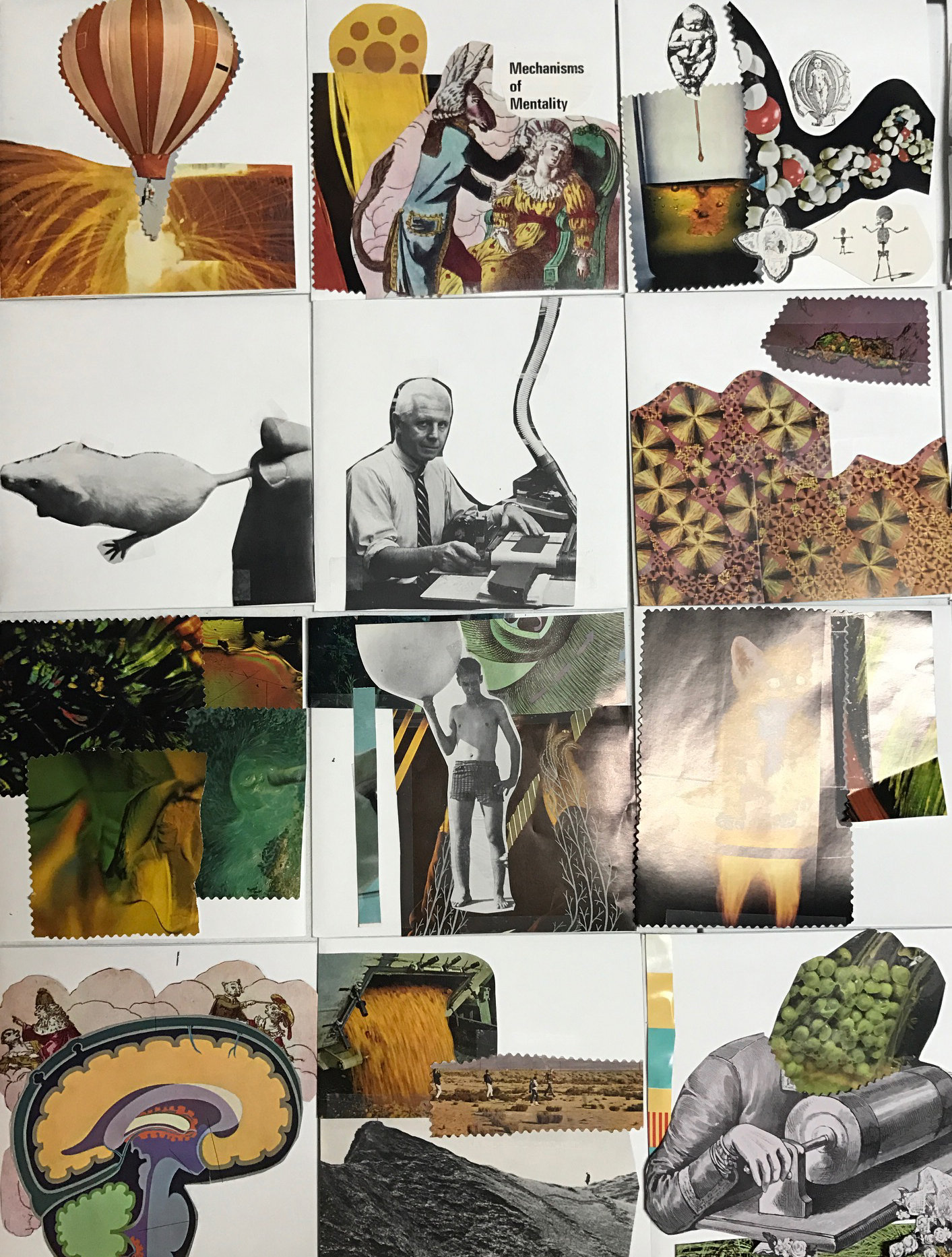 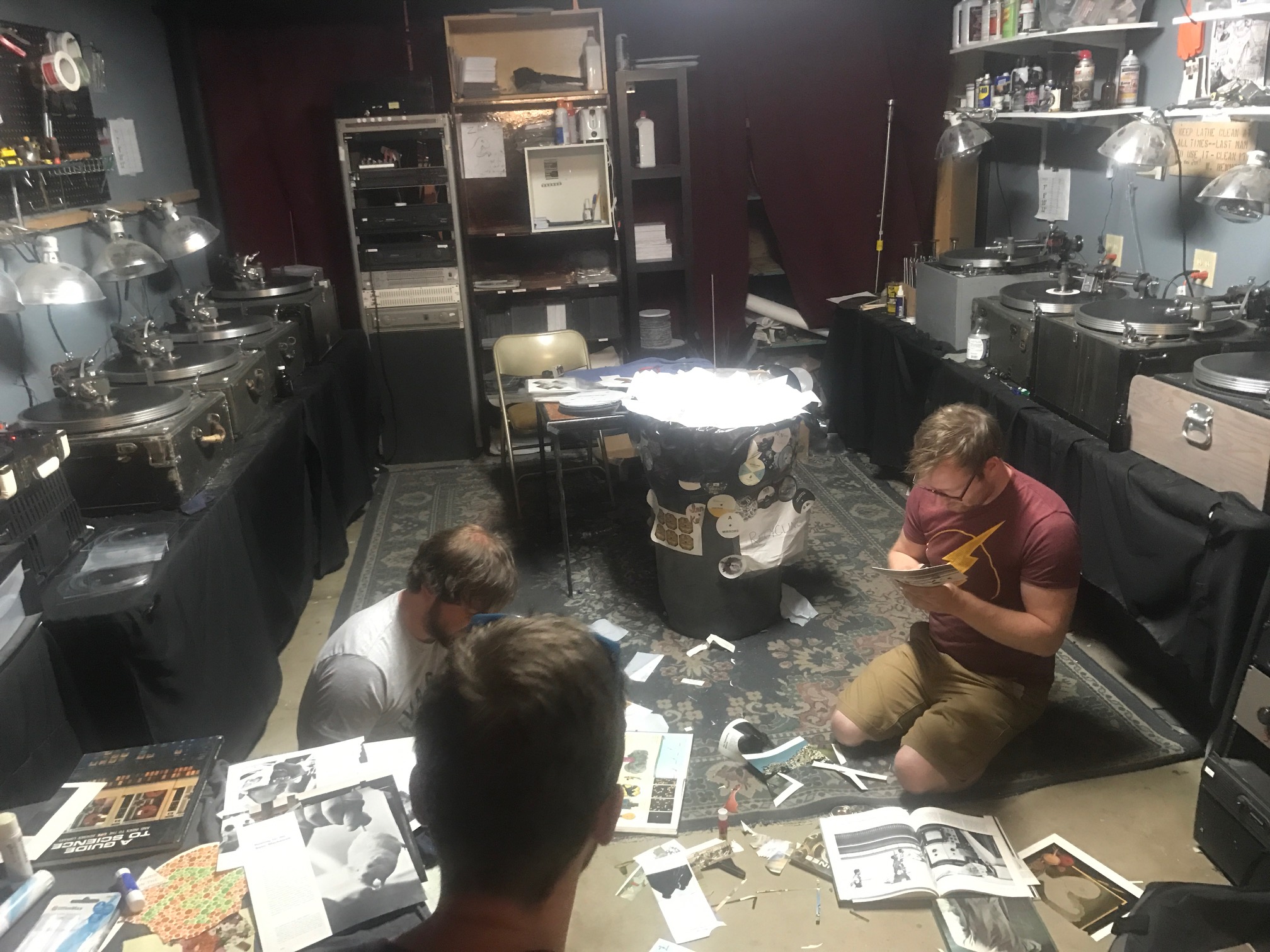 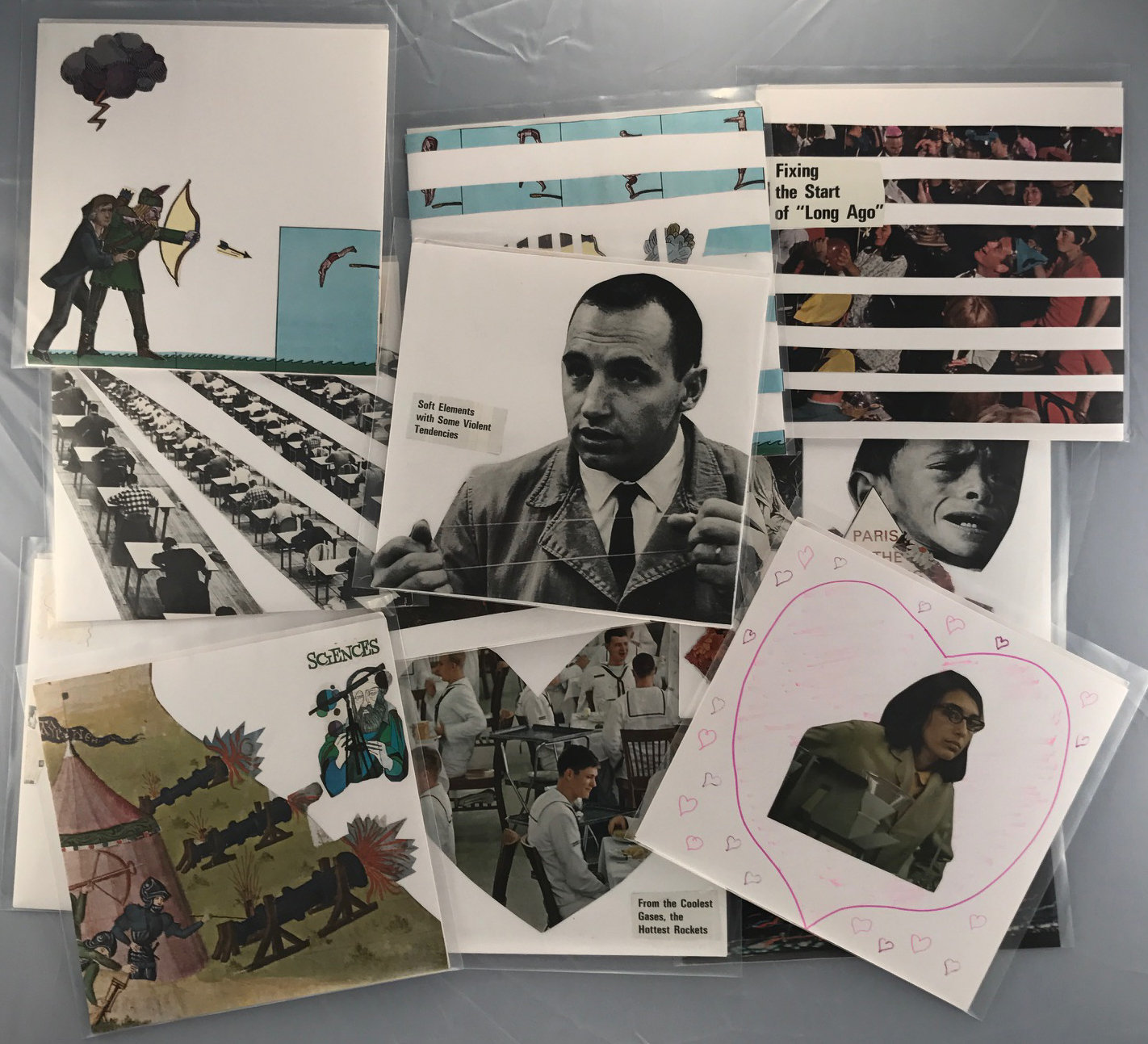 2. The Lathe Cave Instant Merch Machine launches with Spaceface and SM Wolf
Whenever PIAPTK's friends/artists come through Tucson, they always stop for a tour of the Lathe Cave. A new tradition has been born. If they have enough time, we've started a new tradition: create as many merch pieces as we can in three hours. From inception to completion, we cut the records, collage the covers, and pack them up. We send half with the band and sell half on the site. There are usually not very many, so these are amongst the most limited pieces we sell and each one is handmade by myself and the artist. Each record is split with infamous and iconic Greenlandic avant garde noise rock artist Gunther Olaafson's band Super Dead Black Black Fiery Crystal Fuck Wolf Girls with No Band/Kids Slash Horse Skulls and the Deer Beach Experience Project (Gho$t Mounta!nzzz) FKAKA Sung Lasses.


PICK ONE UP HERE! 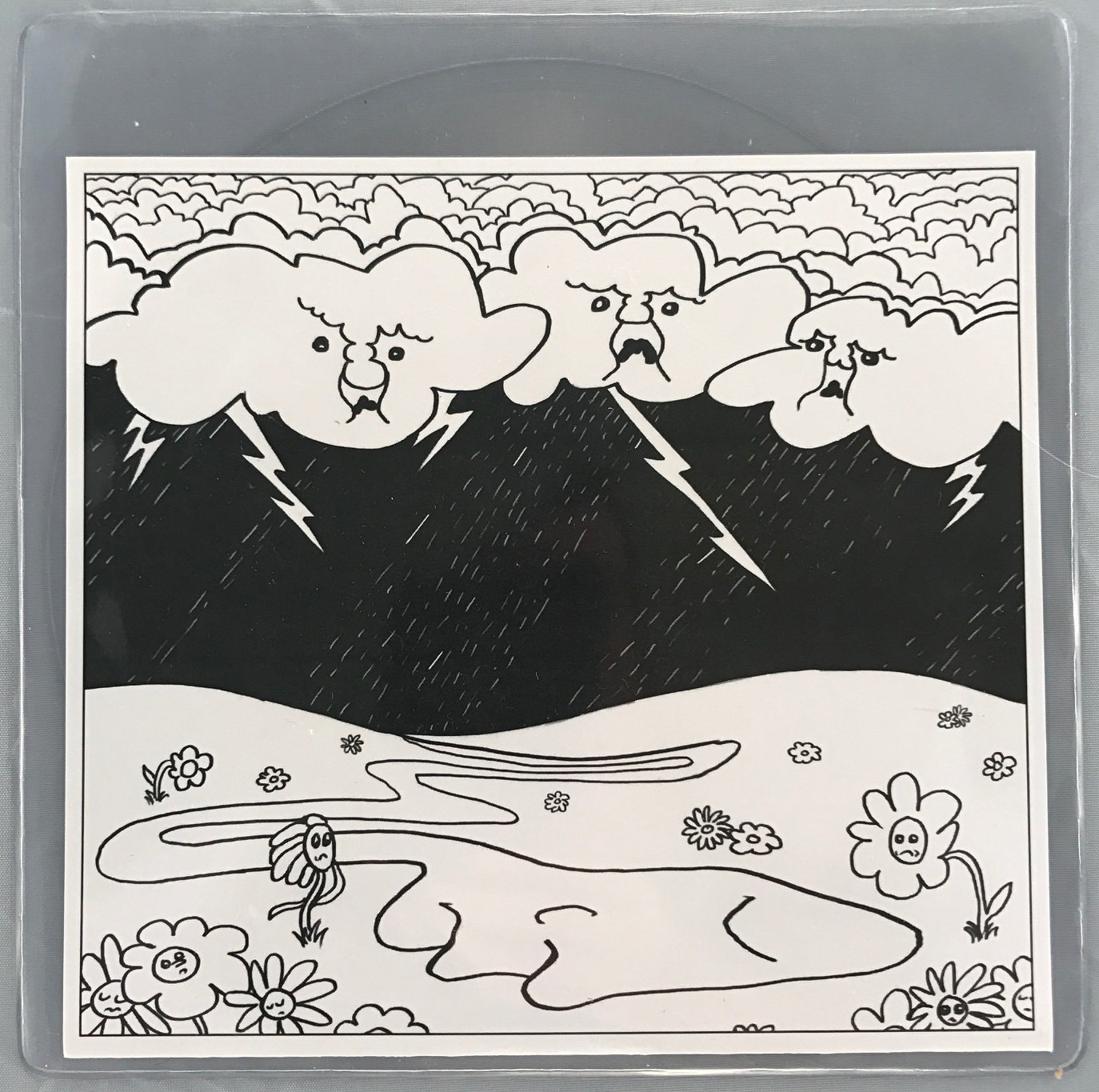 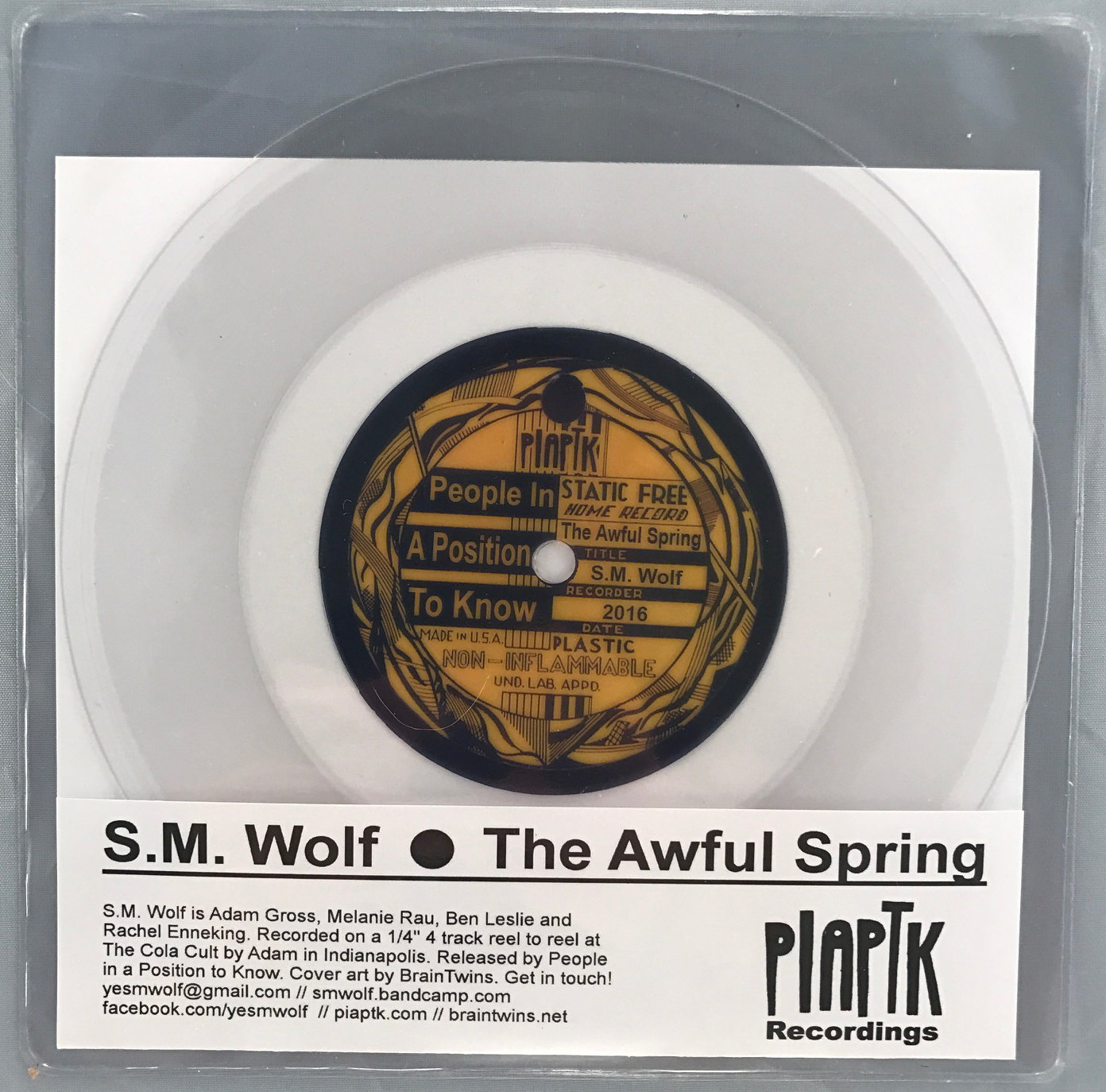 Back when we were making the SM WOLF Awful Spring Reel to Reel to Record Boxsets, we lost the original stack of discs and had to recut them. A month ago, the original batch appeared, buried in the bowels The Lathe Cave's Box Mountain, so rather than throw them away, we decided to make a more cost effective and less ostentatiously obnoxious version of the record. So here it is. 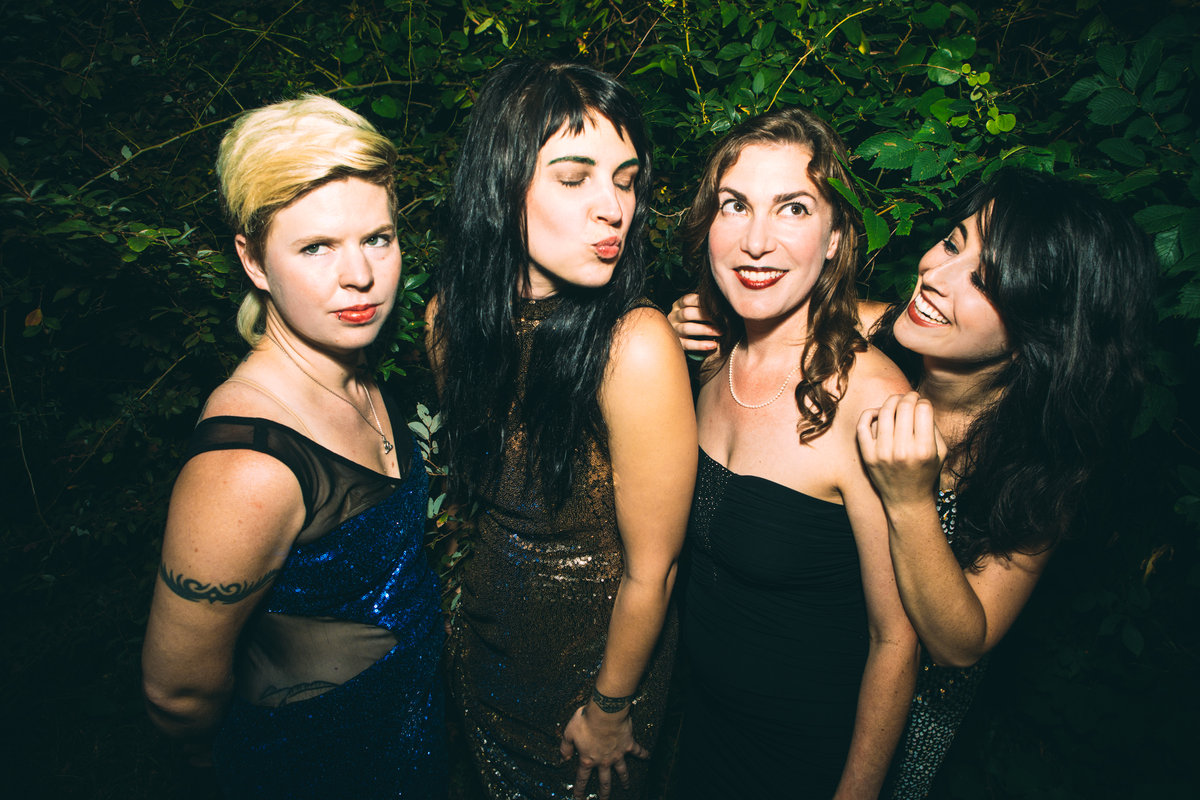 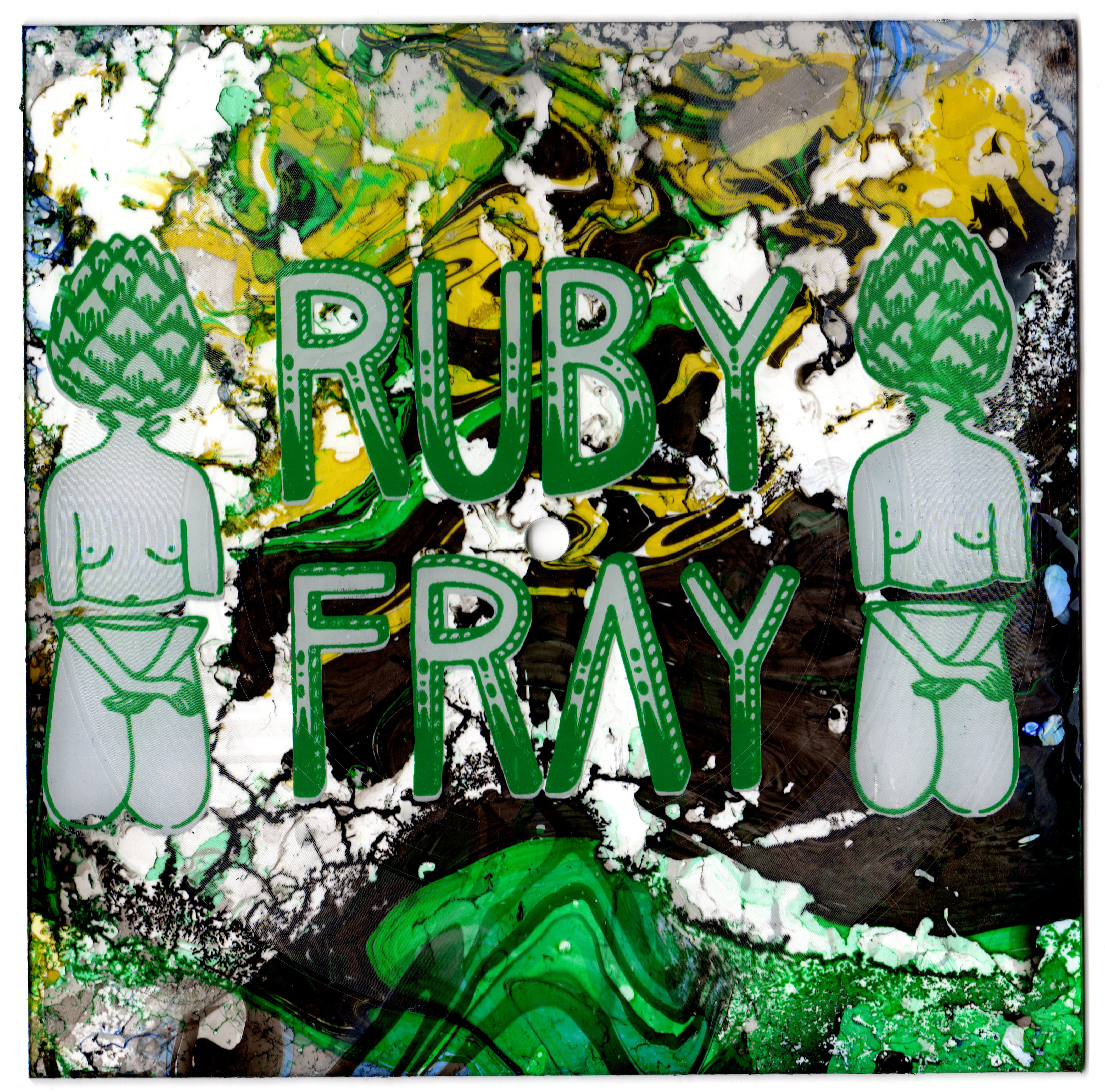 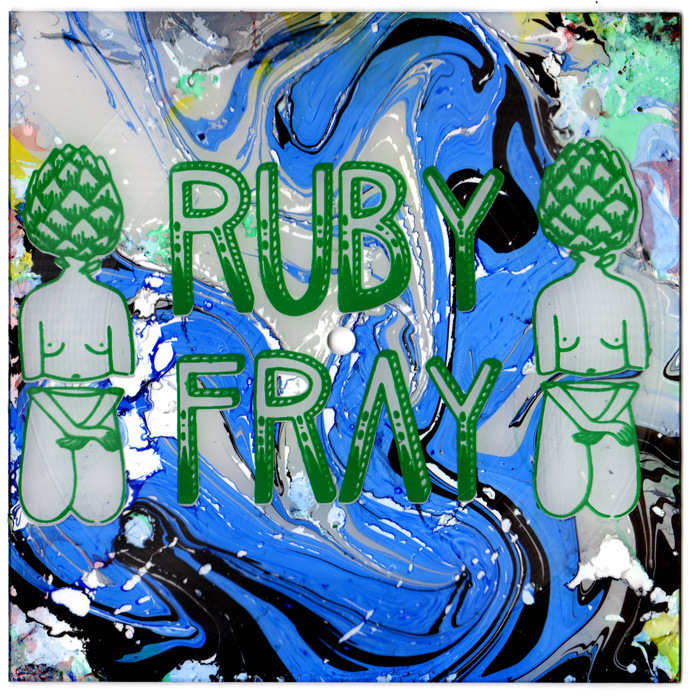 Emily Beanblossom, the force between Chicago via Austin via Chicago via Olympia is an old friend of mine. She was the vocalist of Christmas (who PIAPTK released a picnic plate lathe cut for a decade ago). After a couple records on K, she is readying a new LP and this is the first peek at the gothy, 80s vibey track, Honor. Listen to it here: https://soundcloud.com/piaptkshop

Each disc is silkscreened and then marble painted by myself, my daughter, and her friend Madeline. They got paid an hourly wage and then quickly blew it all in an afternoon at Chuck E Cheese. Limited to 70 Copies.

Mark Matos is one of those freak folk wanderers who is always popping up around and collaborating with the longtime core PIAPTK stable of artists: Golden Boots, The Blank Tapes, Graves, etc. He's always out in the world doing something weird; starting bands with Jason Simons from Dead Meadow, playing with veteran session dudes who have recorded with Dylan, making full soundtrack albums for a James Franco passion project indie film, etc. I see him all the time, but rarely in the same place.

He's got a million different projects under different names with radically different styles. For his PIAPTK debut, we decided to explore those different entities with a series called "Personality Splits". Each record in the series will contain two different projects. The first one features Sonny Santos (a "found-tape" performer from 1970's Tucson who you can imagine hanging out and recording with Rodriguez or Lee Hazelwood. The Second is Son Tea. To quote Matos "Son Tea is a western mytholgist and counter-cultural anthropologist who dabbles in Lo-Fi Hip Hop, Freek Jazz and soft drugs. Son Tea replaced the increasingly erratic Trans Van Santos as Chief Archivist at www.newweirdwest.com in the summer of 2017."

Vol. 1 is limited to 42 copies on square lathe cuts, with covers hand-painted by Matos himself. 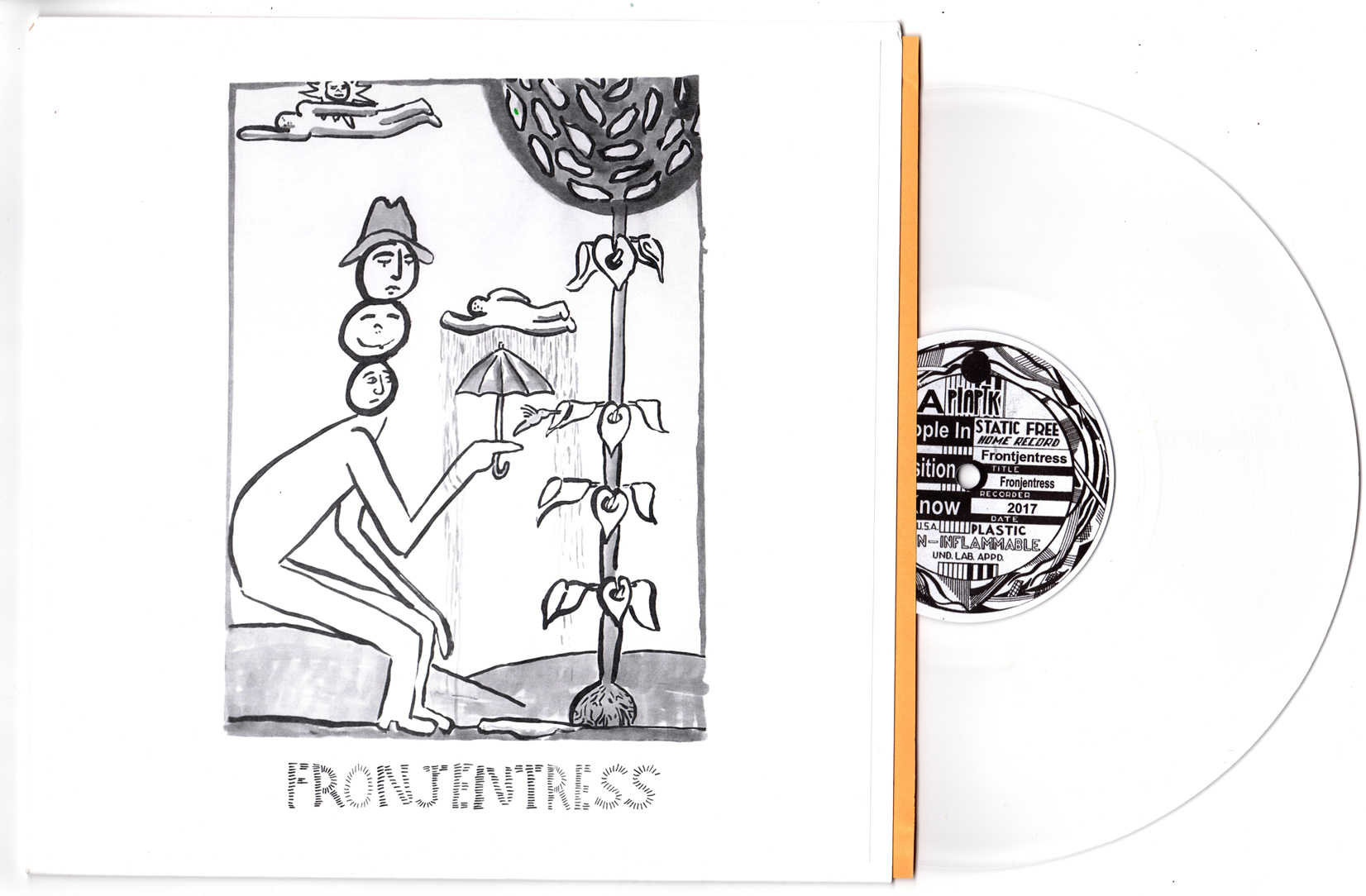 Greg Olin from Graves goes Country!
One of my top 3 favorite songwriters of all time makes the record I always dreamed he would. With Greg singing beautiful duets with drummer Elizabeth Venable, Fronjentress's debut EP is the kind of record that would sound right at home blasting through the AM radio in your beat-to-shit farm truck. 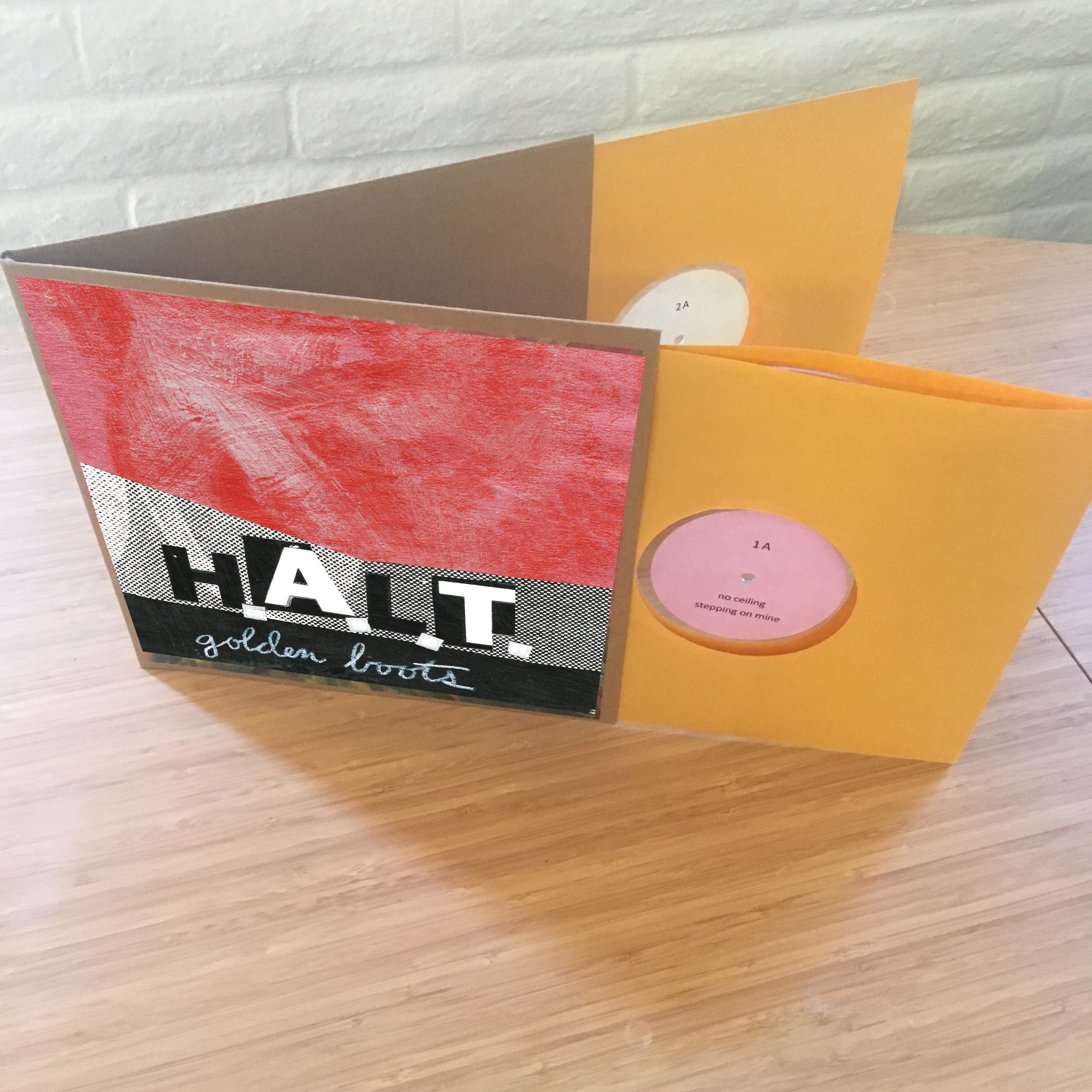 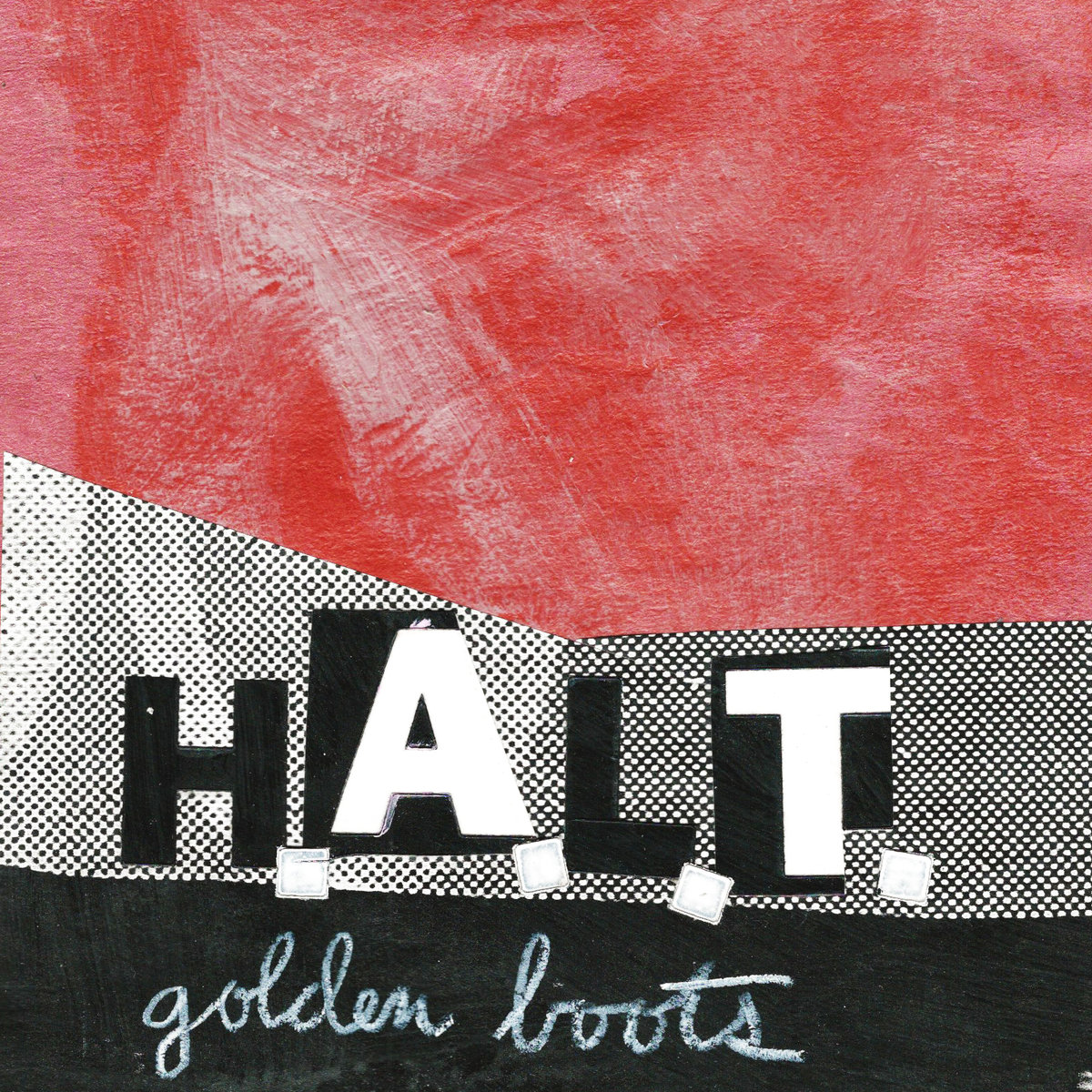 These are made as part of the Made-To-Preorder series. They are available to order for one week, we make that many and then it is out of print in this format for good! We always make an extra ten to have on hand for stragglers, but once they are gone, these are gone for good!

PIAPTK's favorite sons are always reinventing themselves. This time the core duo of Dimitri Manos and Ryen Eggleston are joined by frequent collaborator and Haboob mastermind, Jeff Grubic for stripped down Guitar/Bass/Omnichord/Saxophone tropical jams of new tunes, covers, and Boots classics!

Listen to it at their bandcamp: https://goldenboots.bandcamp.com/album/h-a-l-t 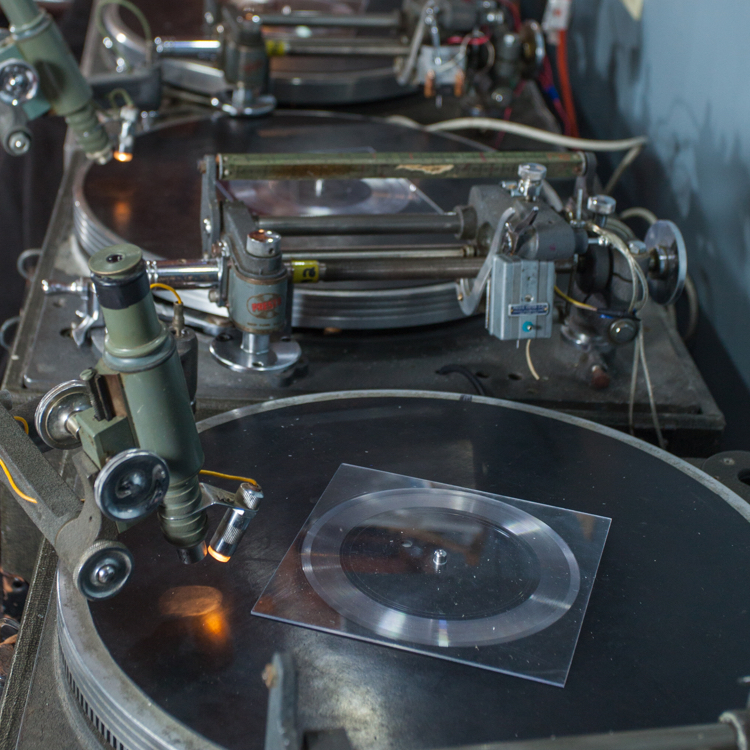 8. Lathe Cut Camp has ONE spot left & Lathes for Sale!

We are down to one spot on the upcoming Lathe Cut Camp and I am working feverishly to finish up the restorations on 4 new record lathes. They ARE NICE. So, if you have any interest in learning about the process, making your own records, etc. consider coming to the Camp to see if it's actually for you. You get to cut your own records to take home! Email me through the site if you want to talk about possibly buying a lathe. If you come to the camp and end up buying a machine, you can deduct the cost of the camp from the price of the lathe.