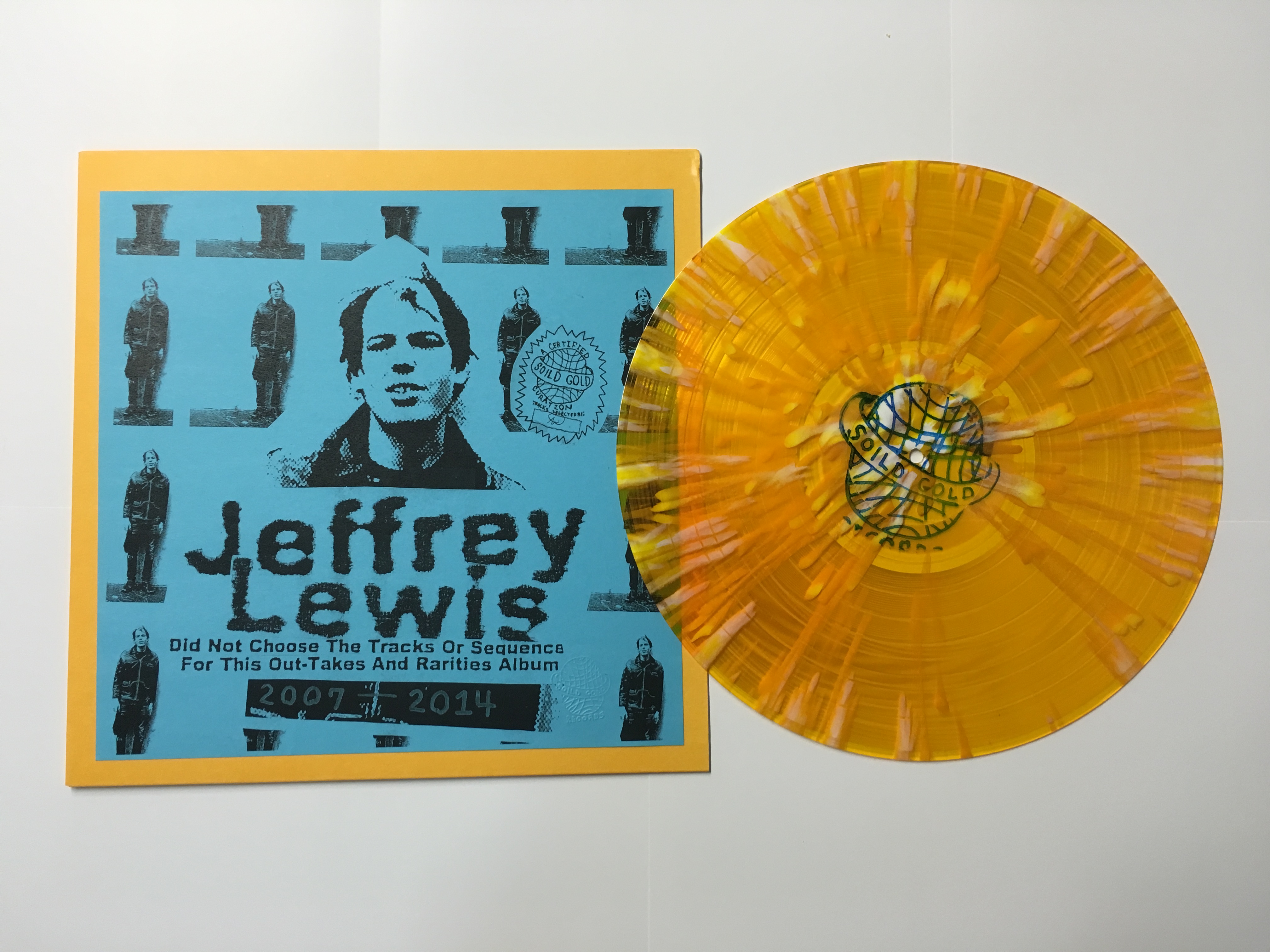 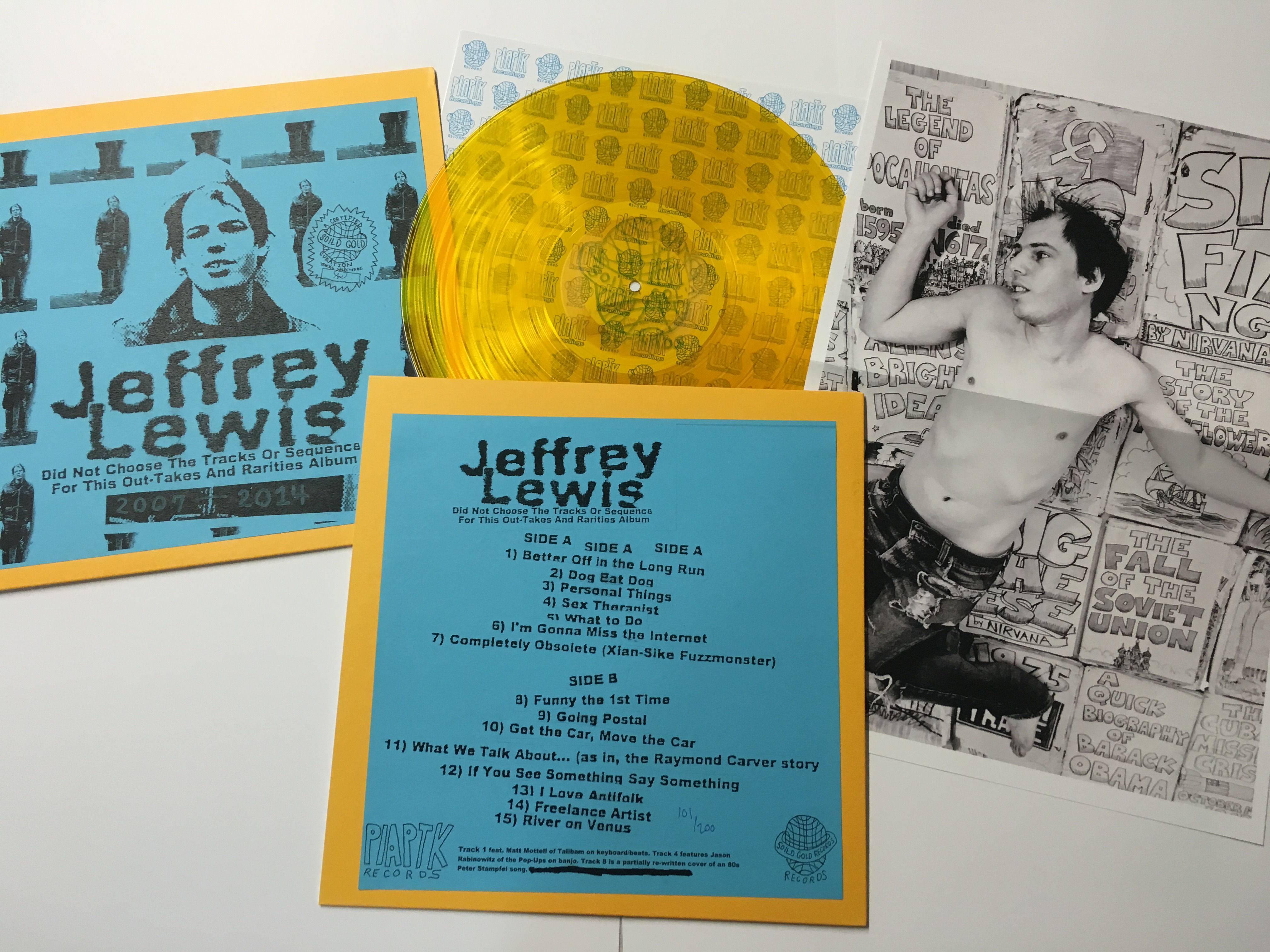 Jeffrey Lewis: "Did Not Pick The Tracks or Sequence of This Outtakes Record" LP - Soild Gold

Jeffrey Lewis was the poster boy for the Anti-Folk movement of the early 2000s, and is still going strong making smart, clever, outsider tinged pop songs.

We, at PIAPTK and Soild Gold, have been HUGE fans of Jeffrey since long before either label existed, so it's an ENORMOUS honor for us to curate an outtakes compilation LP for Soild Gold. After years of begging him to do a release with us, he finally said (and I'm paraphrasing) "Well, I've got about 50 songs that I don't really like that you can hear. I'm not a good judge of my own material, so you can give me some notes". He sent over three CDs worth of amazing tunes in demo form. I sent him a list of songs that I thought would go really well together on an LP. He said (again paraphrasing), "I certainly wouldn't have chosen those tunes or running order, but I kind of like that it was curated by you and not me. Can you be sure that somewhere on the album it says that this wasn't my idea?". So, in true Soild Gold fashioned we named the record "Jeffrey Lewis - Did Not Choose The Tracklisting or Sequence of This Record".

LPs on Goldenrod Vinyl and Cassettes on Gold tapes.

35 Gold with Red, yellow, and/or white Splatter vinyl will be sent to random purchasers.

Also pick up a copy of the JL No. 2 Girl CD-Record! 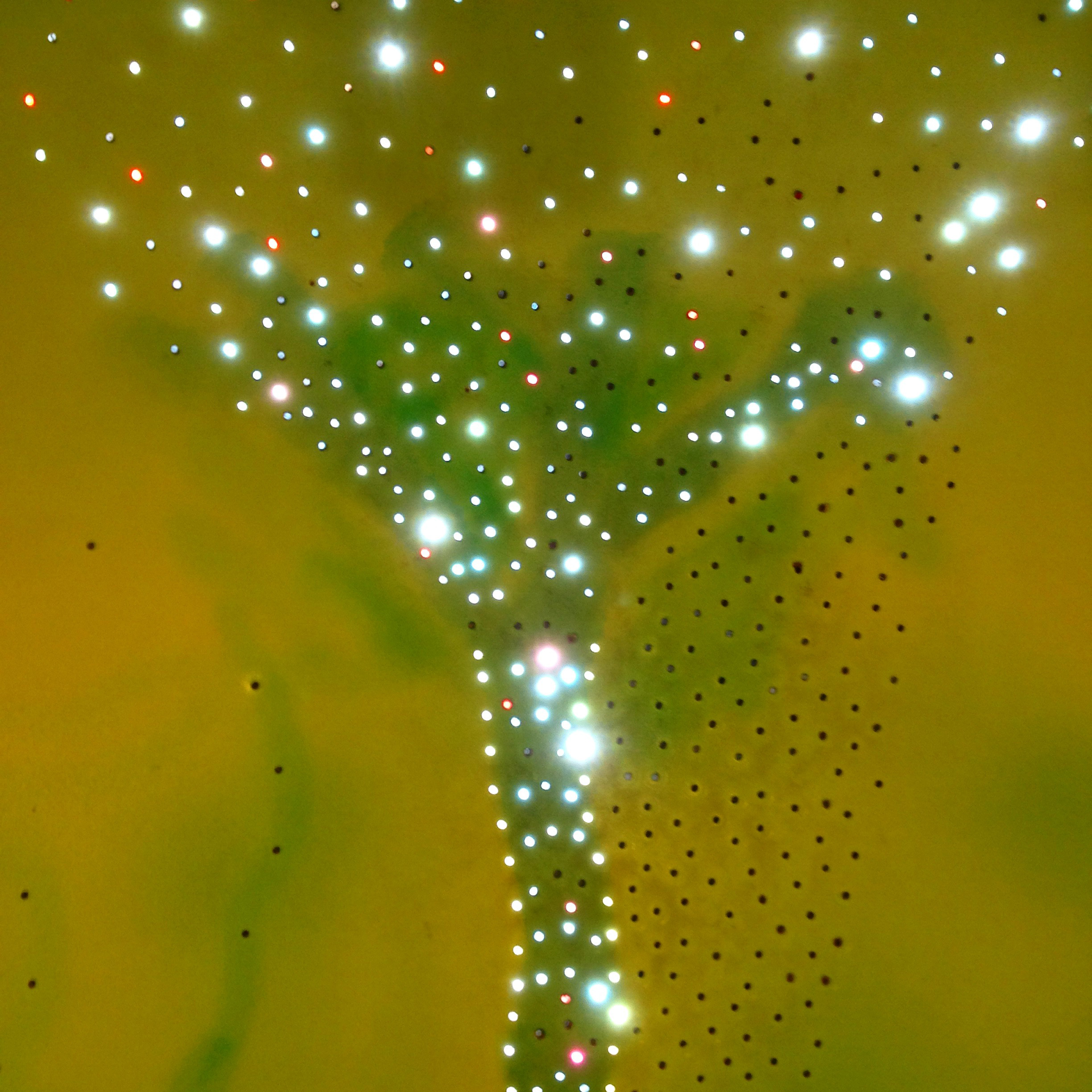 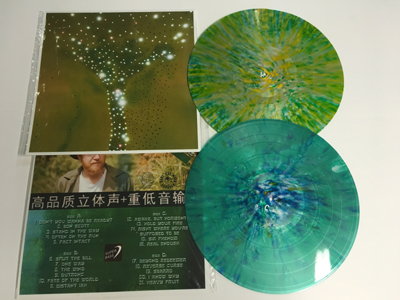 We are so excited to release the new, double LP from NC's Floating Action. Seth Kaufmann, besides being the sole player on most Floating Action records, is also the secret weapon/hired gun that adds the finishing touches and production to everyone from Pop superstars to Indie Rock stalwarts. The new 21 song double album includes guest vocal appearances from Jim James of My Morning Jacket, Angel Olsen, and Shannon Whitworth.

Check some of it out here: https://soundcloud.com/balladesports

Limited Edition of 300 copies, 50 of which are handmade by Seth himself using hand painting and silkscreening. (Photos not yet available). Handmade editions include a special bonus 7" Semi Flexi lathe cut with the unreleased song, My Blood is Bright Red. We only have 20 copies of this version available!

If you miss out on the handmade edition, you can add on the Semi-Flexi lathe cut for only $6 (available only during preorders, will never be repressed).

These come packaged in hand assembled, Taiwanese-Style Bootleg covers, on fancy label-less weirdo splatter vinyl configurations, hand made by Mike Dixon of PIAPTK. Every one is different, and they are all weird. Mike spent 5 days hunched over an industrial press in NJ making these records and hand-mixing the vinyl pellets. They are all a combination of Green, Silver, Blue, Yellow, and Clear.

This is a co-release between PIAPTK, Baby Gas Mask, and Soild Gold Extended Services Division. 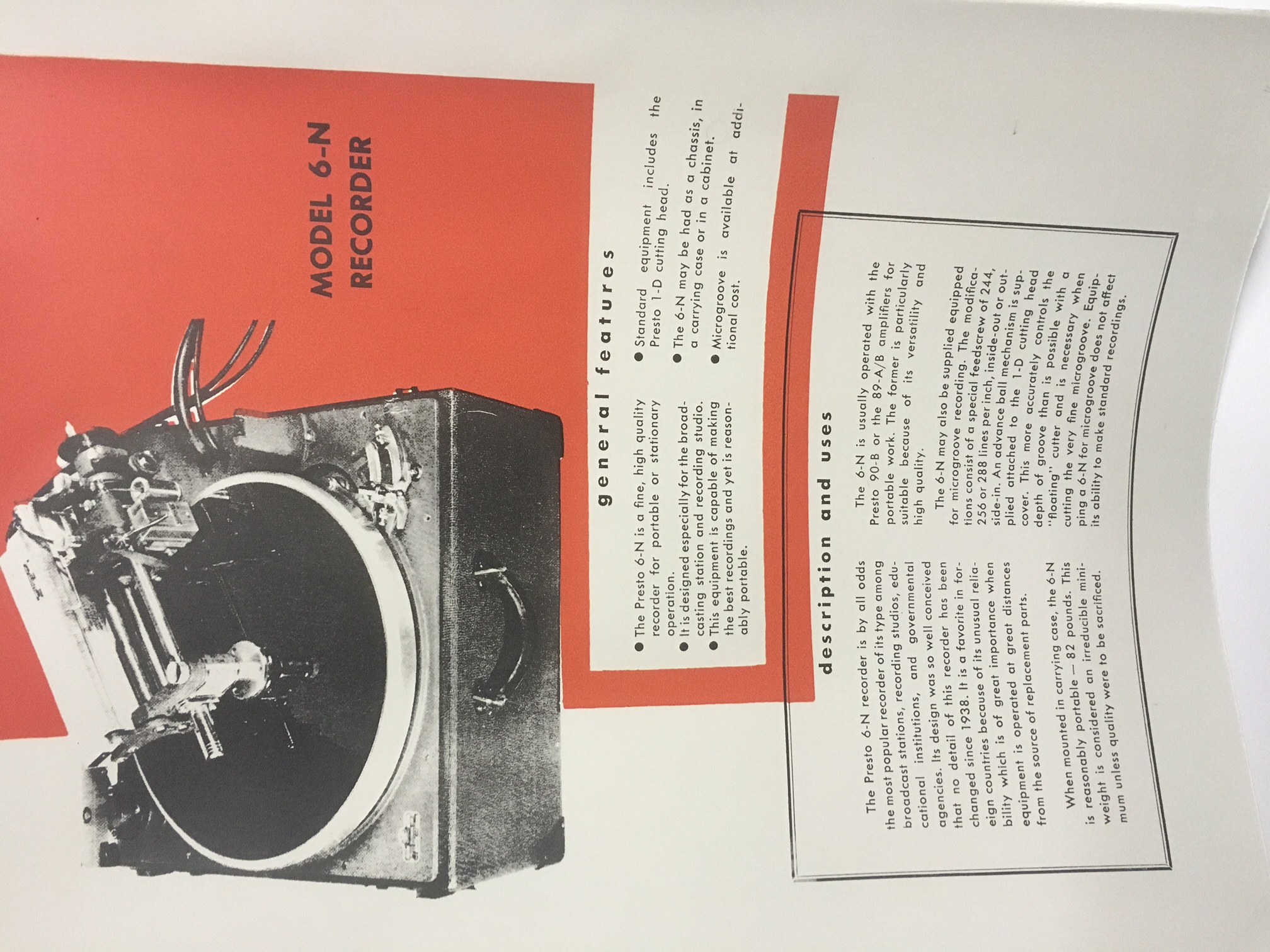 Presto 6N record lathes are, in my opinion, the most beautiful piece of machinery ever made. I own 14 of them. I will buy more. I made a handful of these beautiful 22x30" poster reproductions of the 1950 Presto 6N one-sheet. Each one is numbered out of 26. We only have 5 left. $15 of every purchase will be donated to www.lathetrolls.com, which is a record cutting nerd online hangout, to support the maintenance of the site. These are hand silkscreened on very high quality art cardstock.