Hey. How are ya? I'm crazy busy as usual. Been buying/selling/installing Record Lathes all over the world. Recent stops in Scotland, England and Medellin, Colombia. Upcoming stops in Minneapolis, Portland, LA, and Toronto. PIAPTK is doing what it does, cruising along in the background until it needs to be foreground, and that, as you might guess, is right now. But just for now, soon it will be backburnered until the next time it forces itself onto the frontburner again, and then it gets dealt with, you get an email, and so it goes. 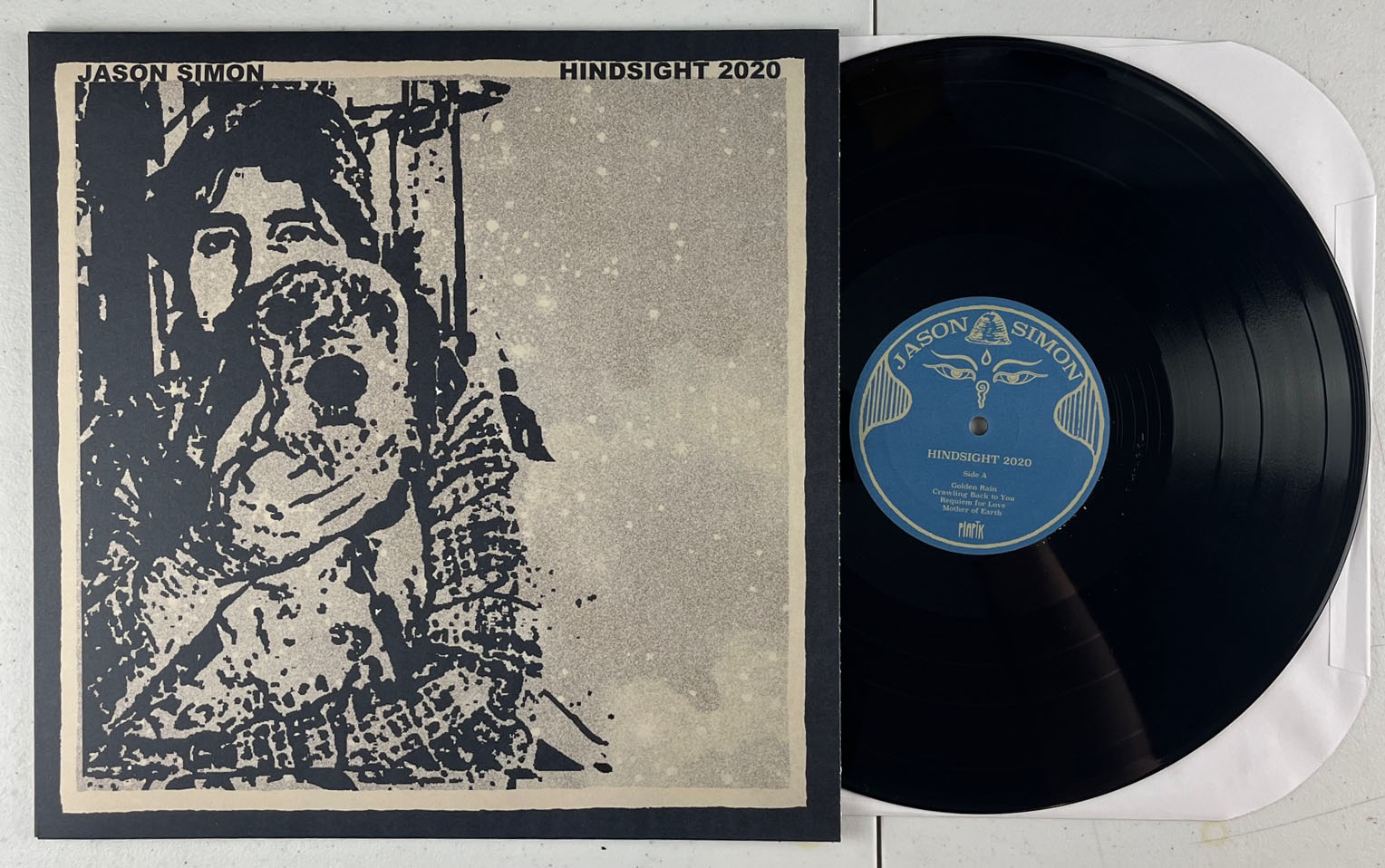 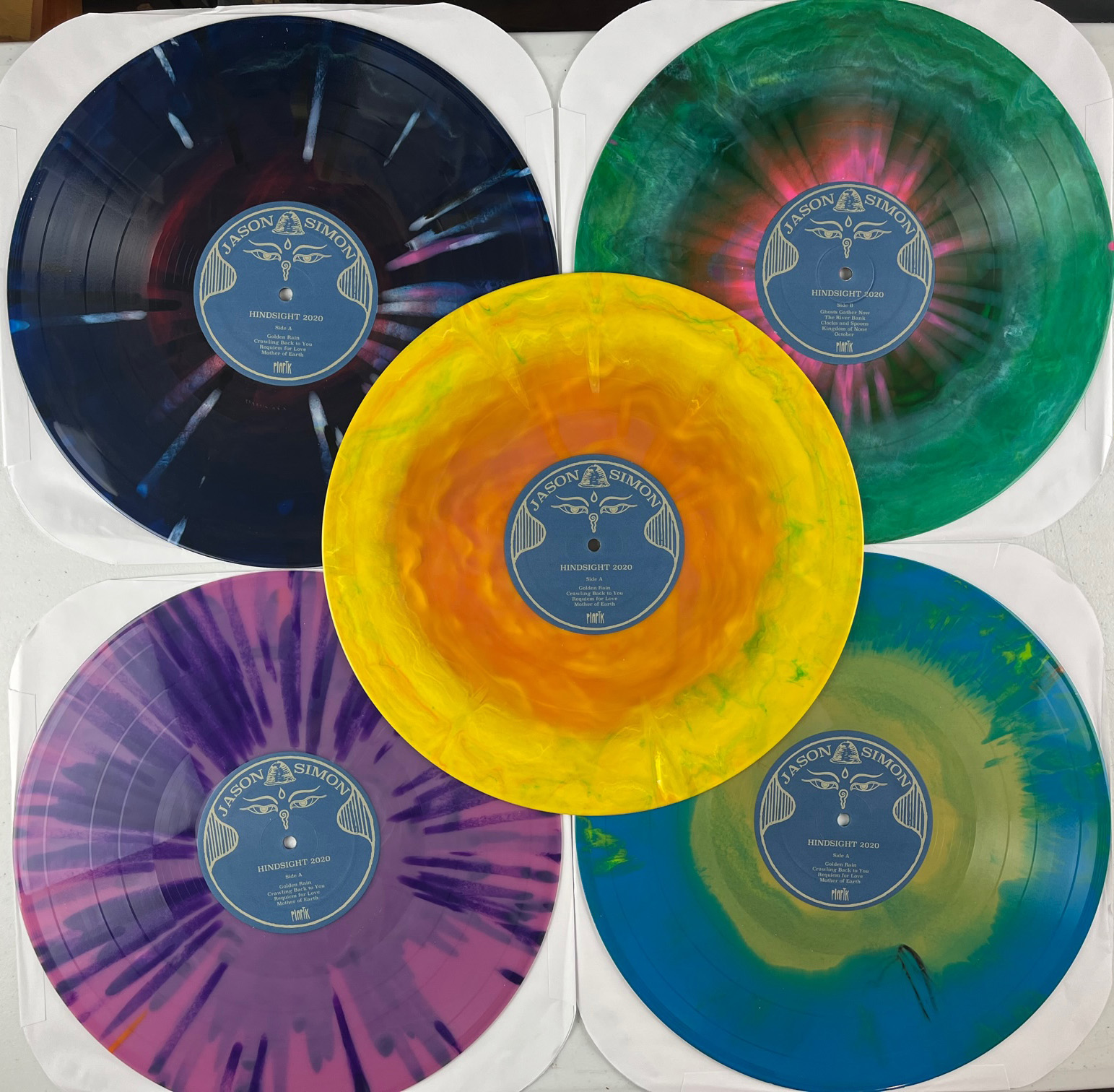 Jason Simon is a diverse and prolific artist. Not only the frontman for long running stoner rock three piece Dead Meadow, he also records solo albums and collaborative records (including with PIAPTK alum Trans Van Santos (OId Mexico) under pseudonyms like Old Testament, The Blasted Heath, and The Red Out.

Hindsight 2020 has been LONG in the works. We started working on releasing this in early 2021, when 2020 was barely hindsight. But, the great vinyl bottleneck hit us hard and kept this in limbo for a hot minute.

But now it's here! Limited to 250 Copies on "Pressman's Choice", each one a unique swirl or splatter handmixed by the press operators at Palomino Records, and 100 Black Vinyl LPs. Maybe we will repress the black, and maybe we won't. Who knows? Def not repressing the Pressman's Choice, though.

From Jason:
Hindsight 2020, a loose collection of five cover tunes and three originals, was recorded at home in the Spring and early summer of the 2020 lockdown, when so many of us were suddenly gifted an inordinate amount of free time. Tours disappeared overnight and deadlines vanished. One could wake and spend the day following whatever whim drifted across the mind. There was no initial intention of these songs coming together for a release like this. I began recording each tune because it seemed a good way to spend the day and this collection a result of months of days similarly spent. It felt right to place them together as a testament of sorts. Though the instrumentation, style, and even the players vary from song to song, they somehow all partake in those strange days. 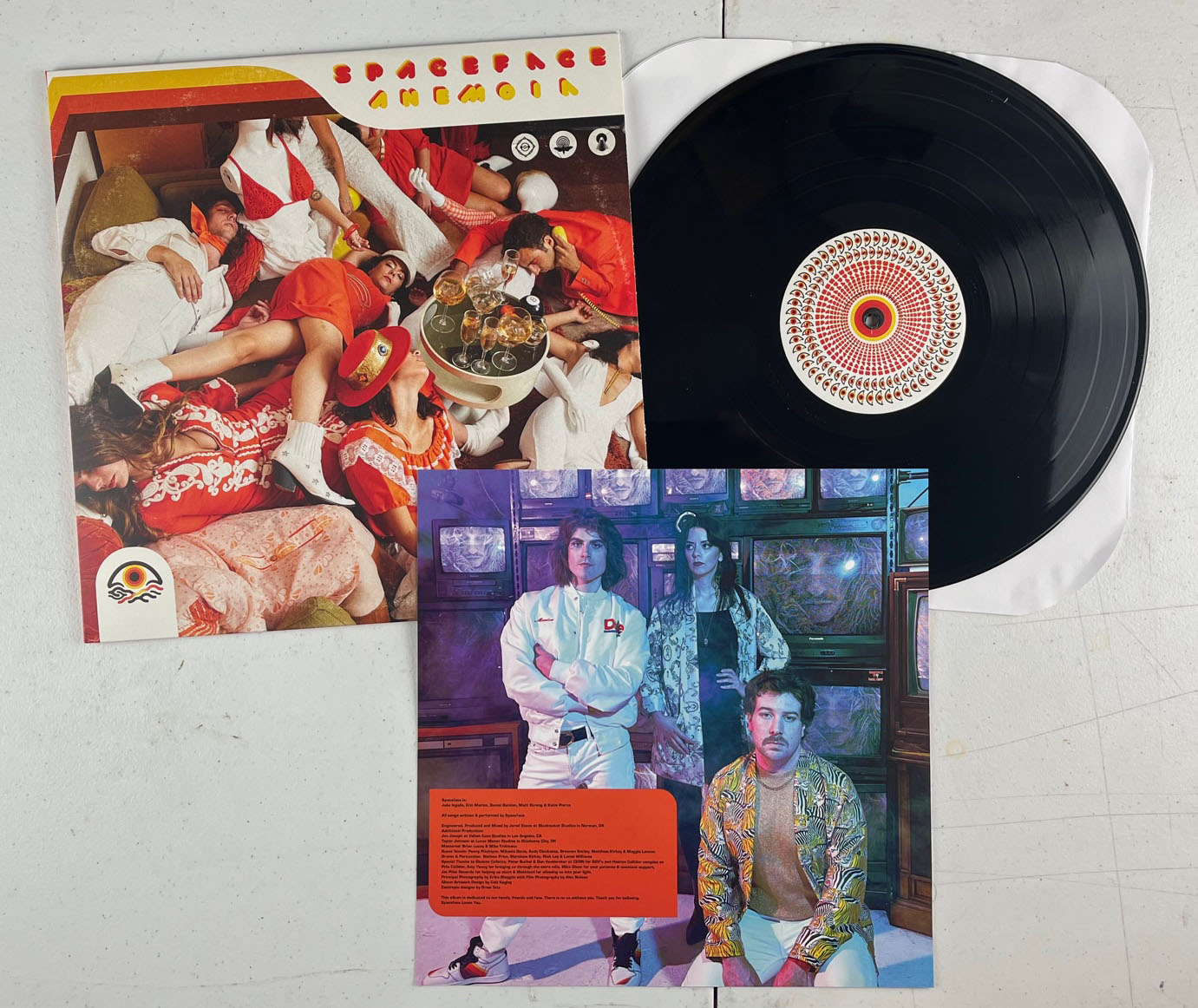 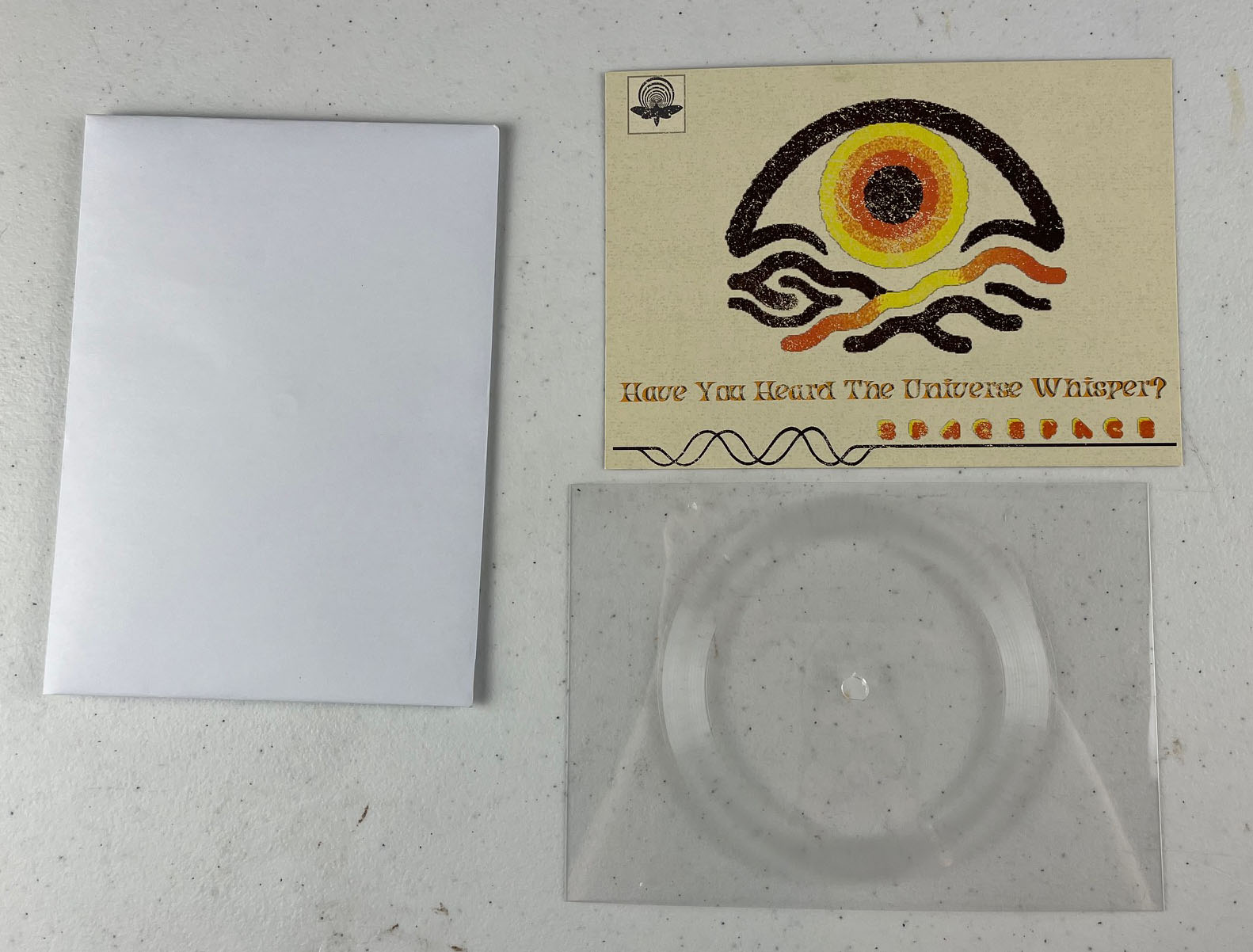 This is by far the hottest, poppiest, most sophisticated record Spaceface has ever released. Total Disco-Psych-Dance banger. You may have already had a taste of a couple of songs from the picture disc singles series we released over the last year.

We were originally slated to release this on PIAPTK. but as things go, we eventually had to graciously bow out mid-production. BUT we are stoked to have 20 copies to sell.
**Includes the bonus Postcard and postcard shaped flexi record of the unreleased track "Have You Heard the Universe Whisper". We only made 100 of these for Spaceface to sell on tour as a preorder for the album.

From Spaceface:
Spaceface’s new full-length, Anemoia (January 28, 2021 via Mothland), is the result of several months spent at Blackwatch Studios in 2019, working with producer Jarod Evans, writing new material, inspired by funk rock classics, as well as the turn of the millennium psychedelia revival. Though it can first be perceived as a simple feat of efficient and minimalistic songwriting by Jake Ingalls and friends - the results of slick melodies, rich arrangements and groovy rhythms that flow effortlessly - each new spin reveals a new layer, until is painted a positive, if somewhat critical, portrayal of modern life. Made possible by collaborative artistry in the age of endless possibilities, the 12 song collection is both a contemplative psychedelic pop odyssey, and a hopeful broadcast from the heart into Outer Space. 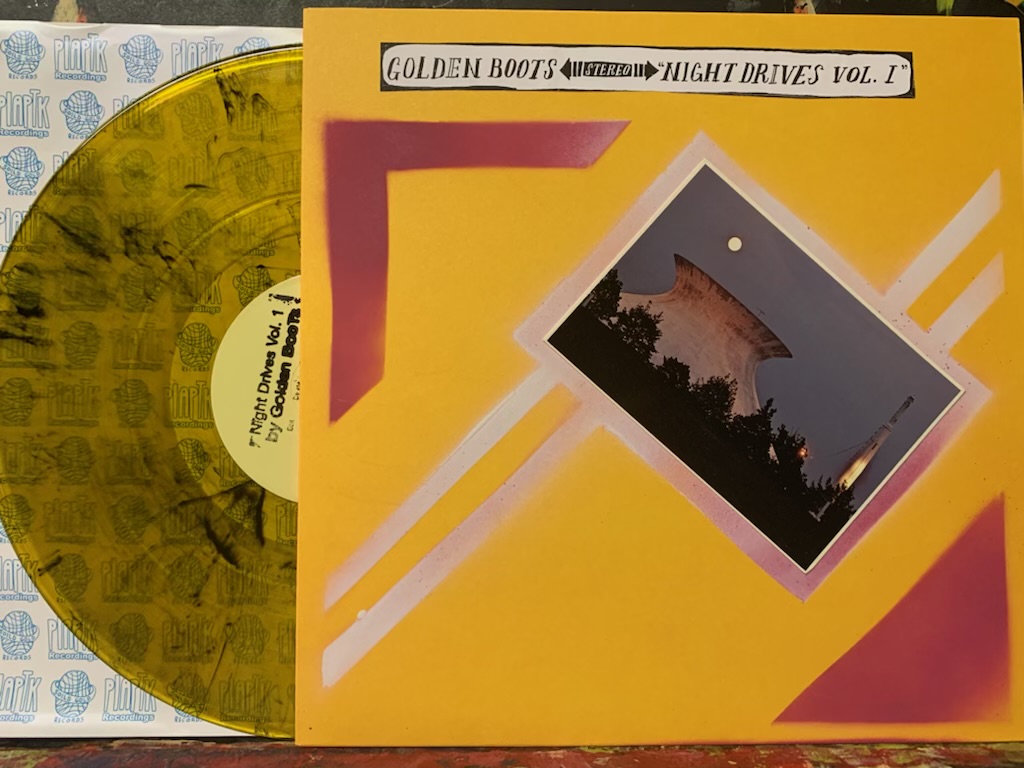 Occasionally there is an overrun for at the pressing plant and we have more of a certain variant of the record than intended. With Soild Gold, we were always very particular about keeping all releases the same, qty wise, so when we got 40 extra splatters, we threw them in a box on a shelf. But, recently, Dimitri and I were talking about them and decided we would make a totally different, NON- SG version of this using the leftovers. SO, ummm... this is the PIAPTK variant of the excellent Golden Boots Instrumental LP that still has the Soild Gold Logo on it, because, that is how this whole weird shitshow of an operation rolls usually.

The Blurb from The Original Release:

Golden Boots have been stretching out over the last few years. As the lineup has shifted around Ryen and Dimitri, the format has gone from Crumbly Western to Omnichord-Core to Instrumental Sunset tunes and everything in between. And they have been PROOLIFFFIC. Nite Drives was recorded a couple years ago during the beginning of the Instrumental period, and it has been a fan favorite since being released on tape by the band. And, since I've recently been getting more into instrumental albums myself it made perfect sense that the man who founded Soild Gold (Dimitri) would be the 12th Soild Gold release. It consists of three long format chill vibe background dinner party tunes. 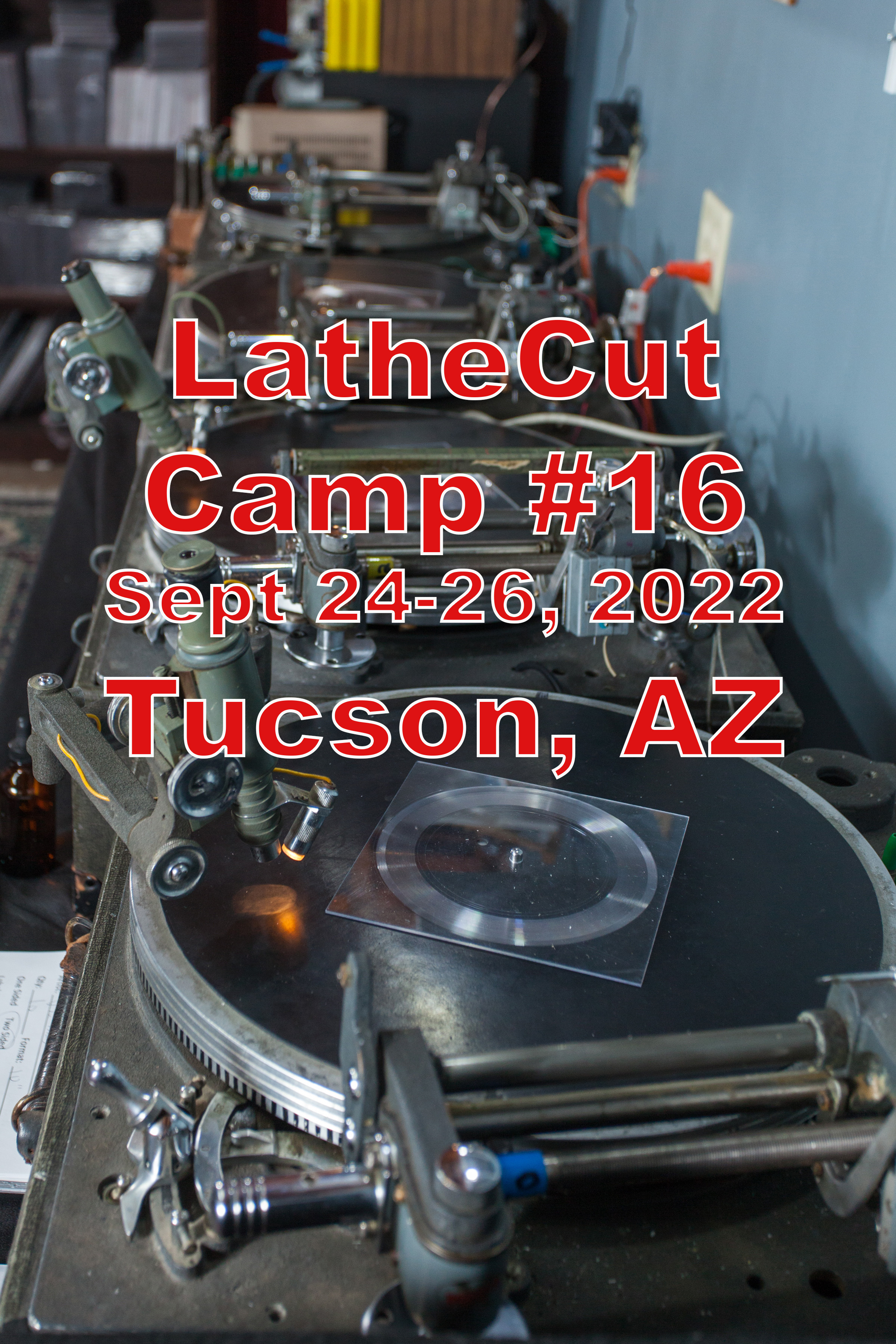 I've already sold all but one of the spots for this Lathe Cut Camp just with one social media post, so i'll save you the details on it. If you know, you know. If you don't, but wanna, check out www.LatheCutCamp.com 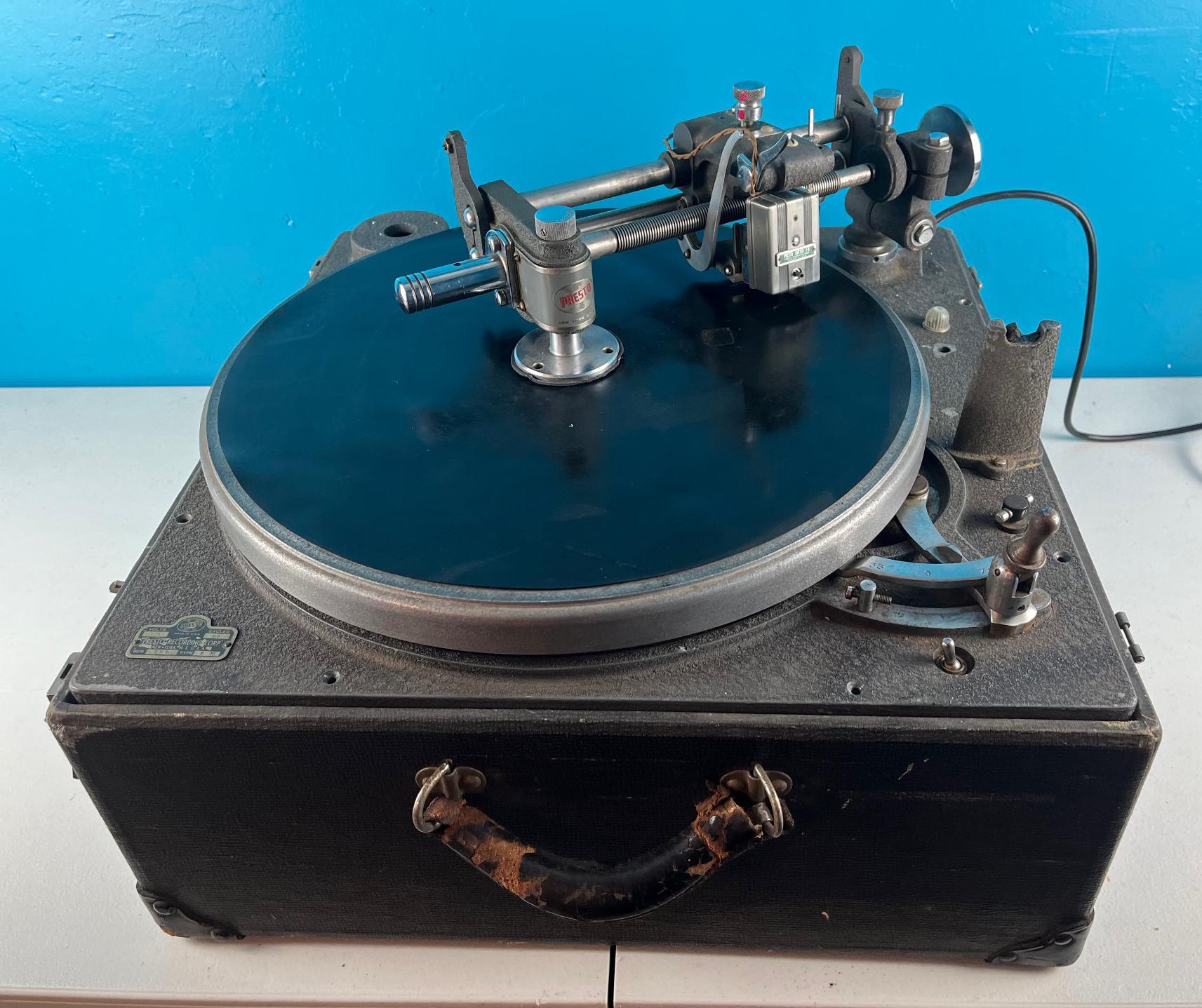 Between my biz partner, Kris and I, we currently have several record lathes in the Lathe Cave just waiting for restoration. Prices Start at $2750 for an entry level machine and go up from there based on options. So, if you are interested in the masochistic art of record cutting, read the Newbie Starter Guide I wrote HERE and then reply to this email with your plans and your budget and we can chat about which lathe might be right for you. ALL LATHES we sell are fully functional, mechanically restored and include a starter pack and unlimited tech support to get and keep you running!