Well, are you bored yet? I am.

But, we've got a bunch of new releases that have been in the pipeline, so I've had time to finish them and spend some real nice quality time with my Cricut scrapbooking cutter making die cut sleeves (which, like most of my past-times is constantly shifting blend of cartharsis and aggravation). I also got back down to The Lathe Cave to grind out some 10”s (which I rarely do), and we've been getting them sound niiiiiice recently. 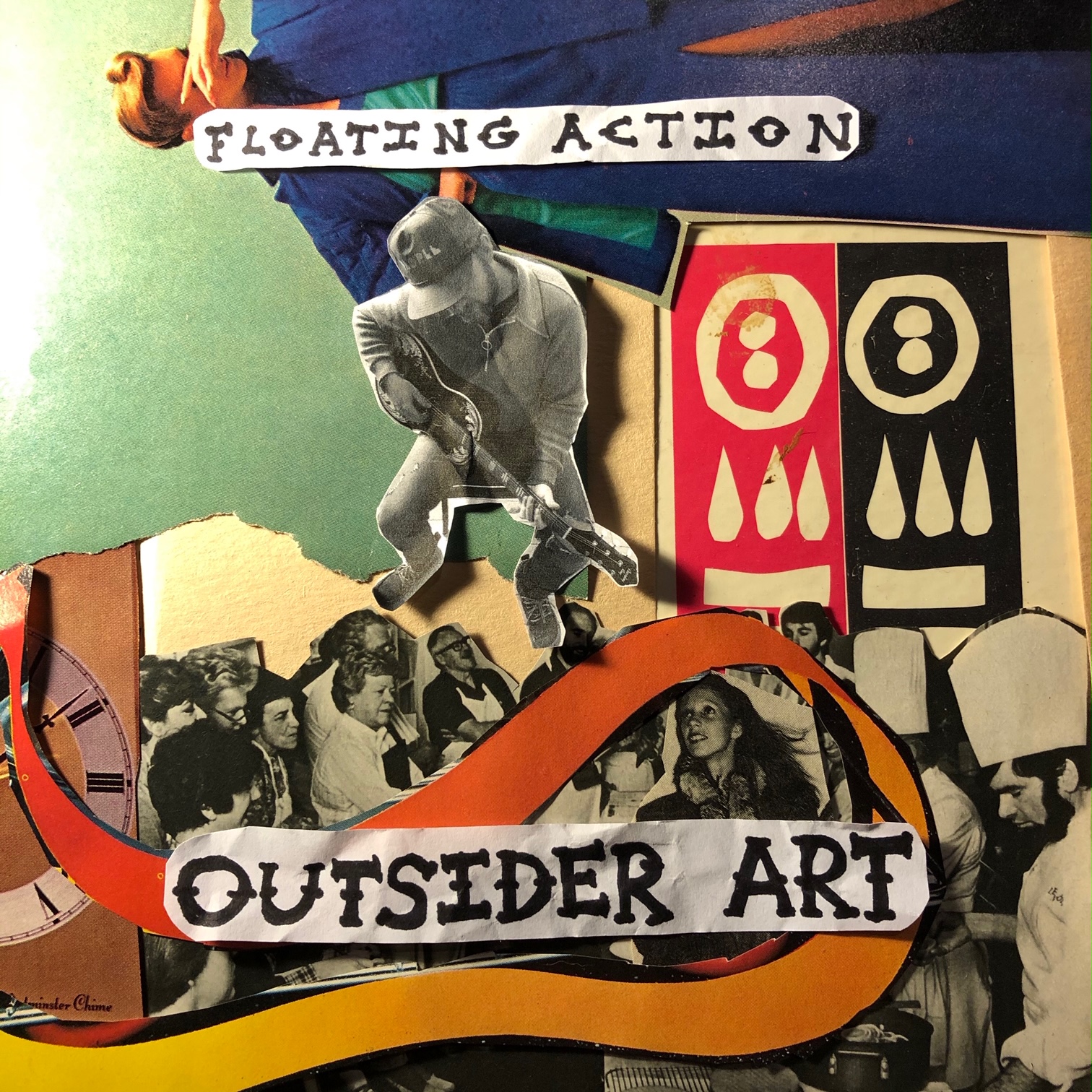 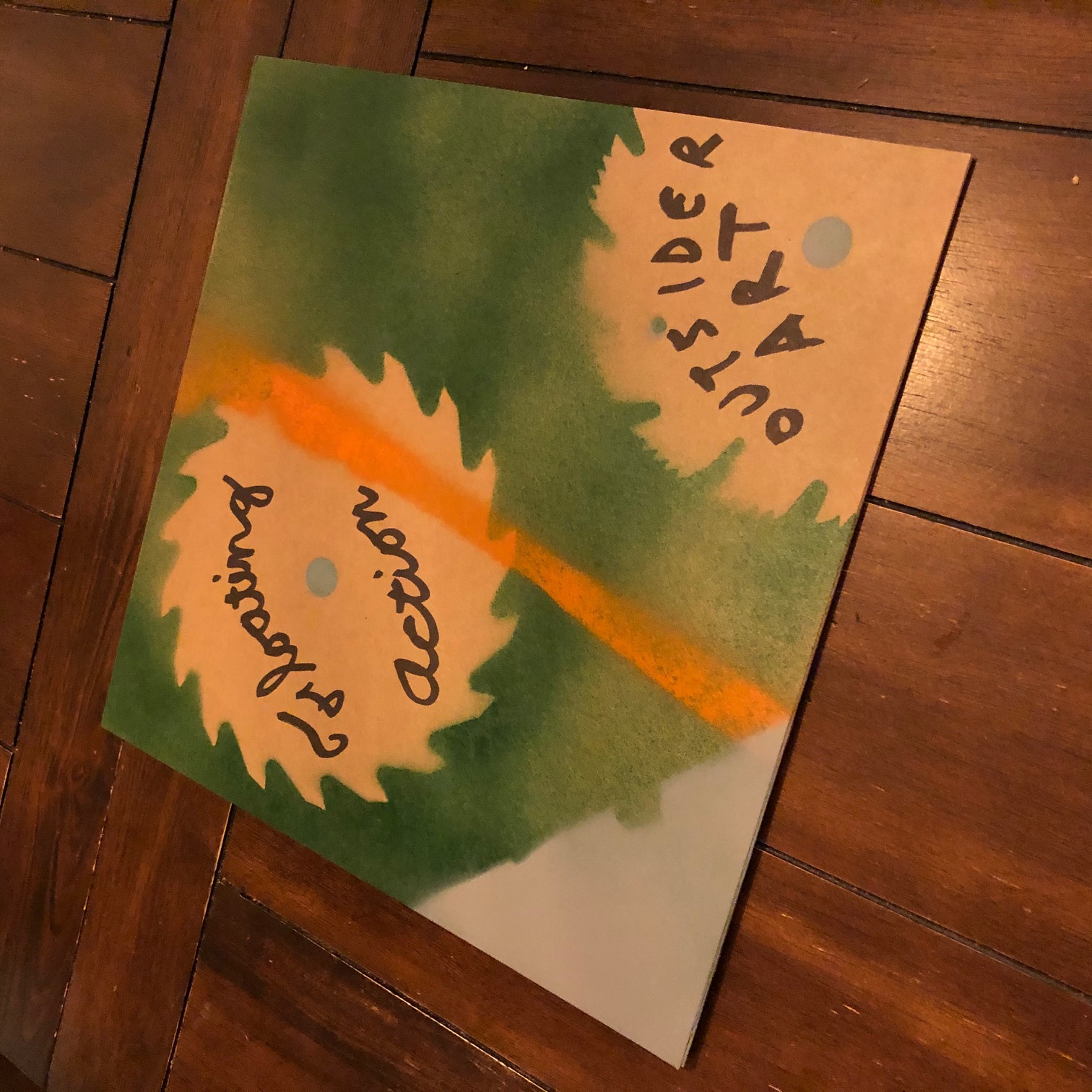 NOTE: There is currently about a 6 week delay for the Standard Version and the Almost Halloween Time version of Outsider Art, due to "The 'Rona". The Handmade Test Pressing versions should start shipping out next week. Please purchase the delayed versions on a separate transaction if you want to receive your other items before the Outsider Art LPs are ready.

Another year, another badass "last record ever" for Floating Action (this is Seths' Fifth Final Record for those keeping track (and yes, I fully grasp the irony/hypocrisy of me, of all people, poking fun at him for it)).

The pressing is delayed due to plant closures at the Artwork Printer, but we got the test pressings in and they sound GREAT!

Standard Version - Profesh printed sleeves on random colored vinyl., ltd to 250 Will ship around the middle of May (we pray)

Handmade Test Pressings - Ltd to 25 - Handmade, lettered and signed by Seth Kauffman himself. These will begin shipping around April 8th.

Almost Halloween Time - Unique handpainted artifacts by our main man in Italy, Luigi Fulgario. Every one is a unique oil painting inspired by the lyrics of the album. Ltd to 25 copies in the US

Most Floating Action releases sell out pretty quickly, but I pulled a few things from the archives and the backstock shelves to try to tempt you...

FA - Lies - CD/Vinyl Hybrid - Rolling Stones Cover on a Cd that plays on your turntable AND yr cd player. (CDVnyl)

Floating Action's catalog is truly outsider art, as the music industry has largely shunned everything Floating Action. But it's these records, thankfully, that have found their way to more successful artists like Dan Auerbach, Jack Johnson, Jim James, Dr. Dog and countless more - who have freaked out, become fans, and kept Kauffman afloat by having him play on their records & tour with them (which consequently makes it possible for Floating Action albums to keep getting made.)

It's a bassackwards (truly outsider) route for sure, but we'll take it. Kauffman hadn't planned on creating another Floating Action record any time soon, after 2019's 'Old World Camels'. But last October, he was suddenly hit with a giant cluster of new ideas, and began recording them. "They were so bursting with freshness, and super original...and they just all came to me at once, I just had to get them down fast. I had just gotten this weird delay pedal that uses real cassette tape, and this really cheap amazon.com house brand (SET5) amplifier - which served as that 'perfect piece of new gear to get your juices flowing'.

In classic Floating Action form, there are catchy-but-deep-cut funky jamaican/afro grooves on 'Outsider Art', airtight arrangements, highly melodic throughout, heavy philosphy hidden in code in the lyrics, extremely original and not really very like anything else. Also unique to 'Outsider Art', is a constant thread of positivity in the lyrics, as well as an underlying theme of ancient Chinese wisdom and its connection to trees.

Catch Floating Action on tour in your town....oh wait...live music may no longer exist... In the meantime, let 'Outsider Art' lift your spirit in these trying times. 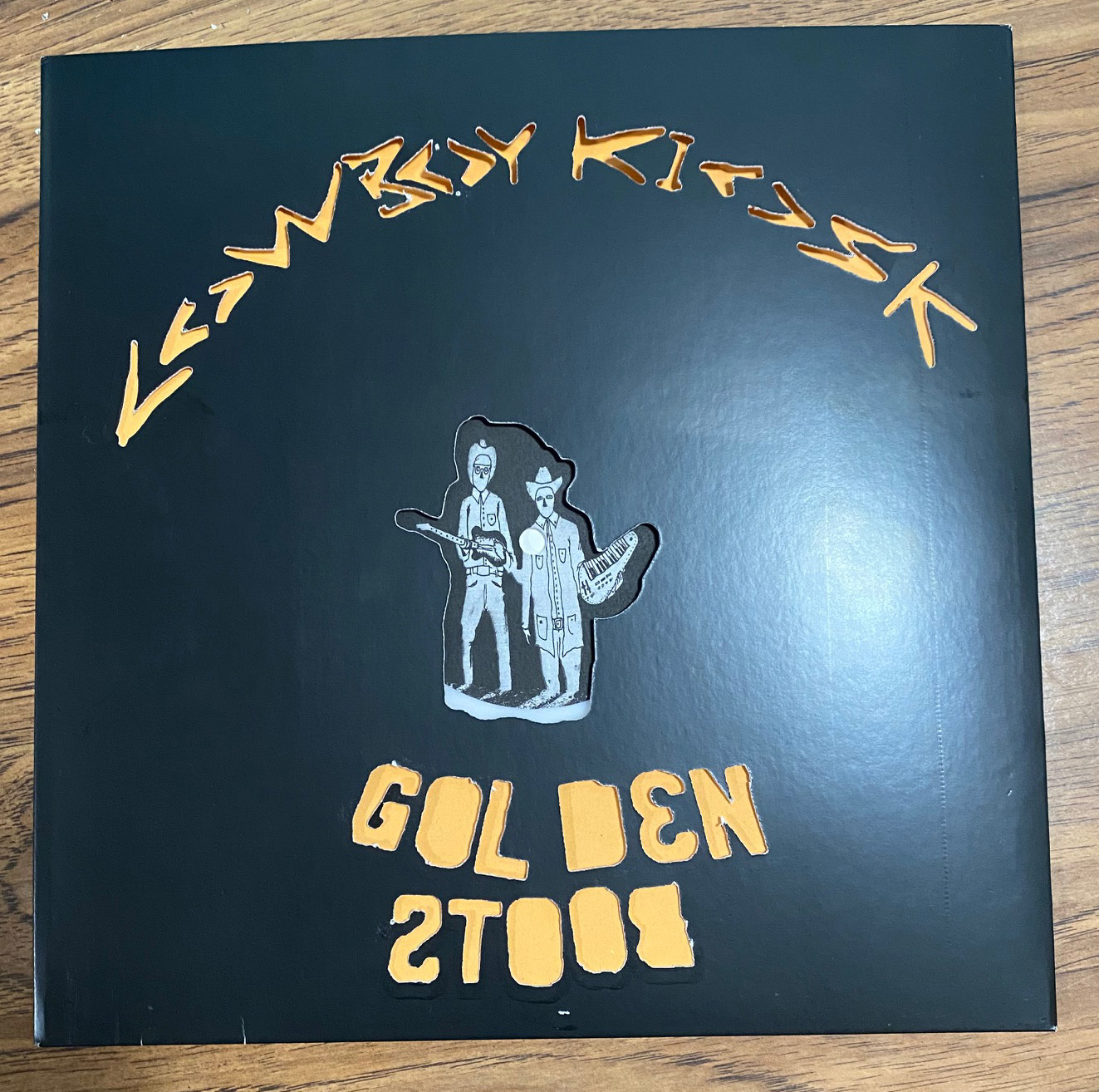 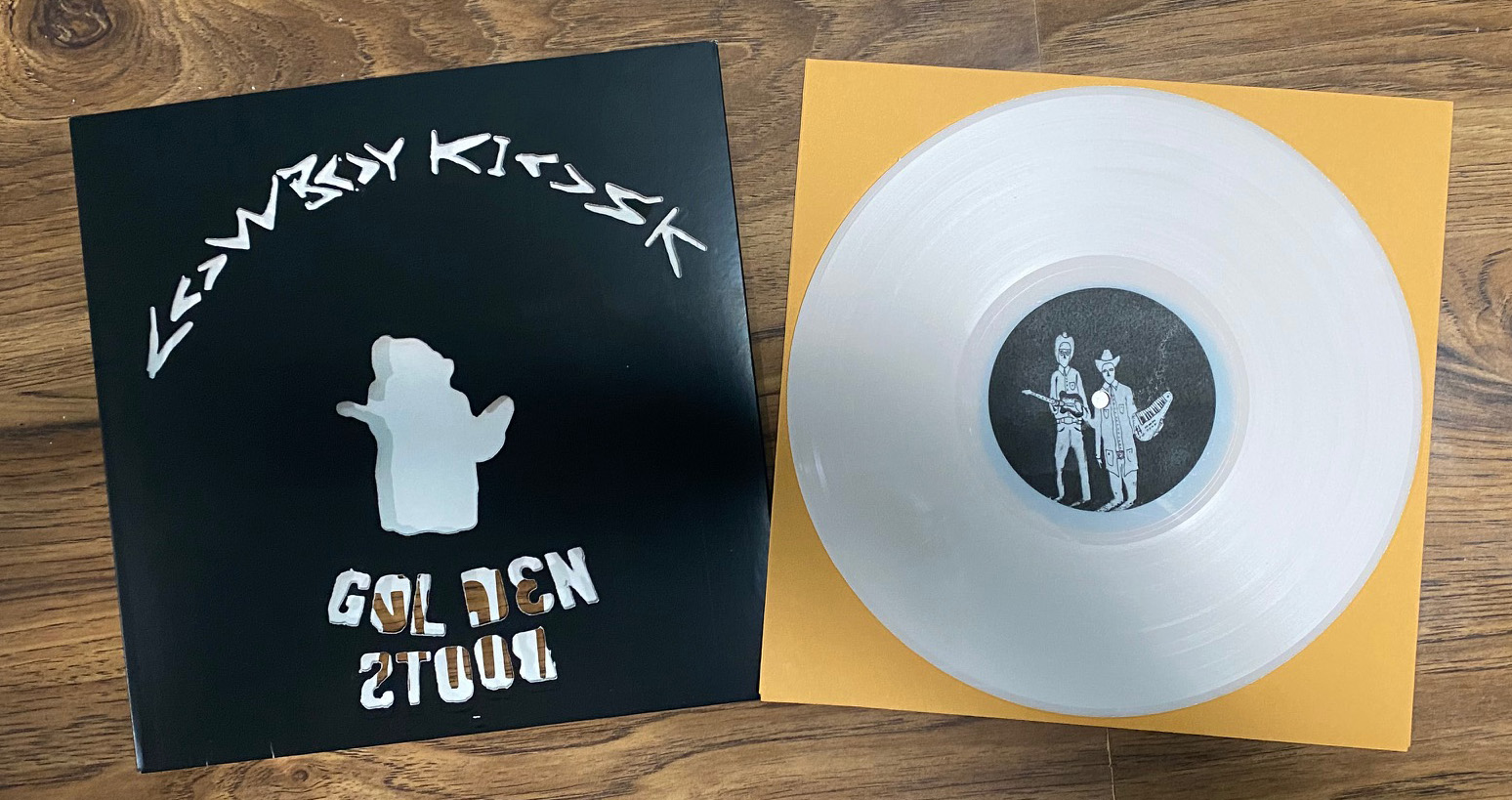 The last few years have seen huge burst of productivity and musical exploration from one PIAPTK's oldest mainstays and Tucson legends, Golden Boots.

After spending their last few releases exploring instrumentals, drone, and casio-core, their new EP, Cowboy Kiosk is a return to the "Crumbly Western" vibe of their earlier output. This EP also features the addition of drummer Tommy Larkins, Jonathan Richman's long time drummer. You might remember him from his cameos with Jonathan in Something About Mary and Kingpin. Regardless, dude is a badass.

Ltd ed of 35 copies on white vinyl 10" with black diecut covers. If they sell out super fast, I might consider making a second run on black vinyl with white covers, who knows? It's a badass EP and I don't want folks to miss out on it.

You can preview it or buy it on tape or CD (and also pick up some of the other stuff they've been working on/dragging out of the closet at their bandcamp: https://goldenboots.bandcamp.com/

Here is the blurb from the band: 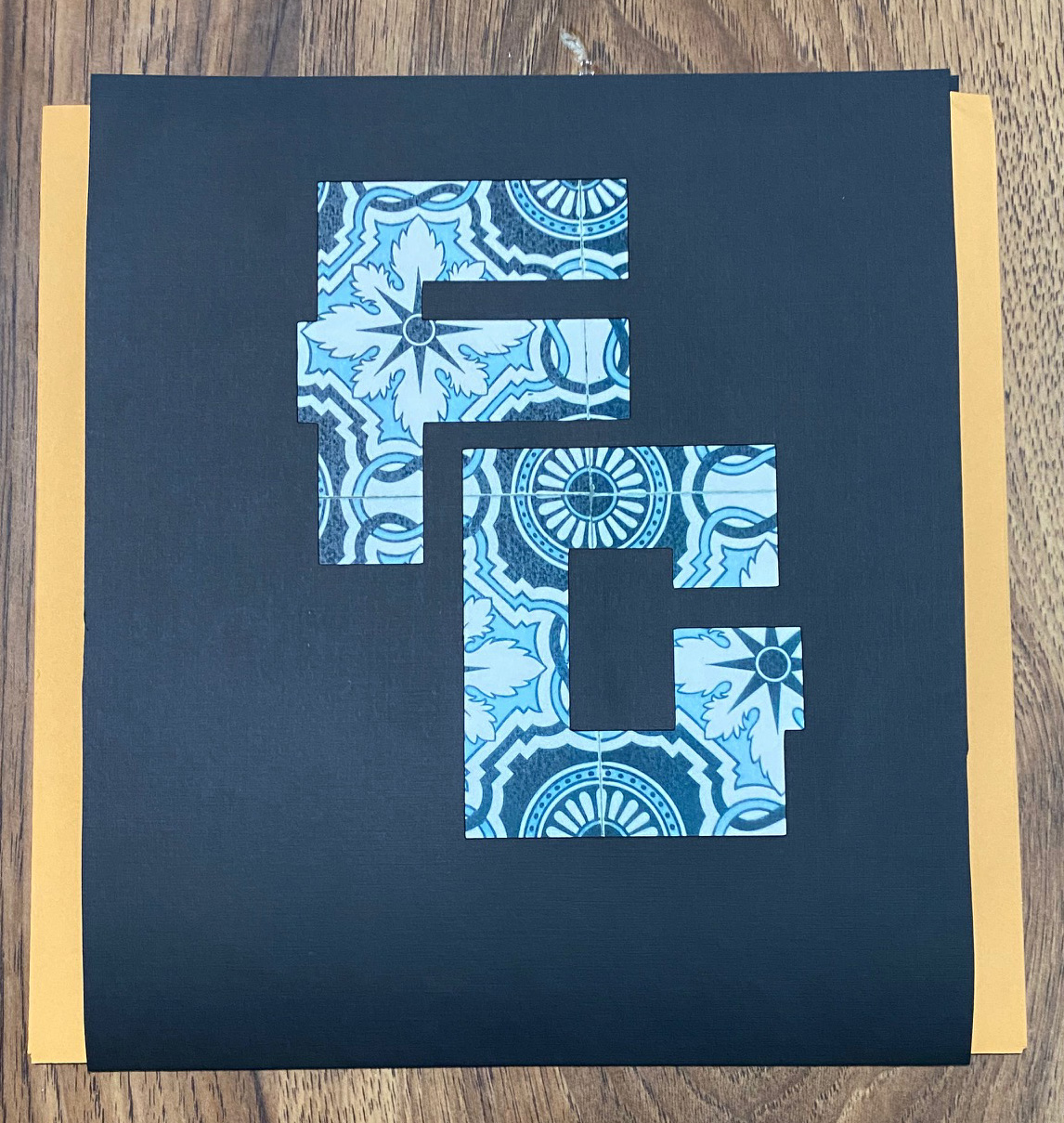 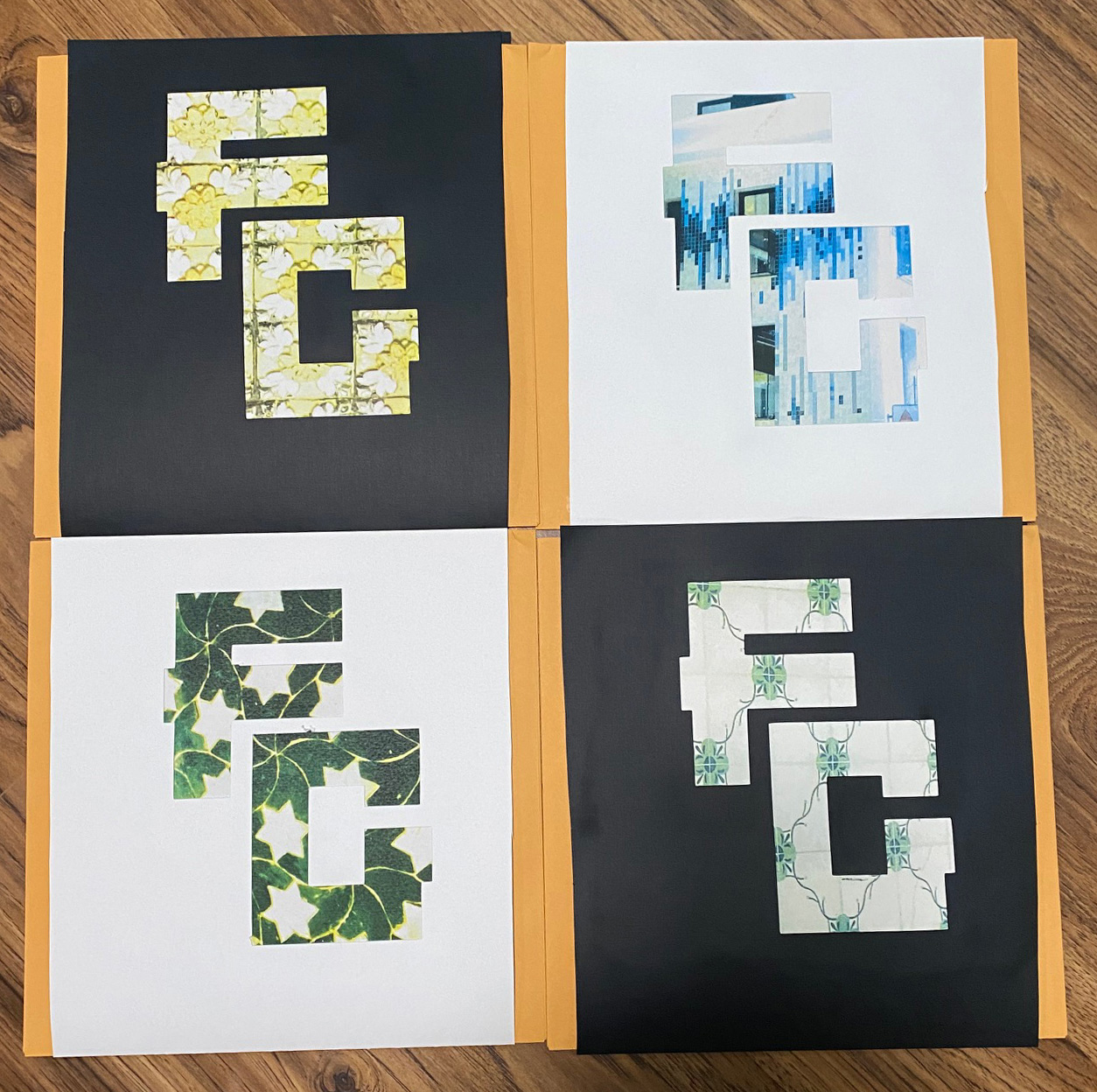 In the Spring of 2019, Adam Gross of Amo Joy and SM Wolf got divorced, had to sell his house, and decided to quit his longtime job of teaching elementary special education. In the midst of a pre-mid-life crisis, Adam decided to take some of the money from the sale of his house and travel, booking a tour in Japan, going to Thailand, and traveling all over Europe to "find himself" (or at least have a good time). I was fortunate enough to meet up with him in Italy to tour manage his 3 weeks of show dates in Italy, Spain, Portugal, and to hop down for a few days in Marrakech. I've traveled with a LOT of people over the years, and Adam is pretty high on the list of my favorites. On this 10 week world tour, living out of a backpack, Adam recorded this EP on his laptop using Korg Volcakeys, a Teenage Engineering PO-12, and an Akai Rhythm Wolf.

Could totally be the 8 bit soundtrack to the Beverly Hills Cop Super NES game.

Limited to 30 copies on clear vinyl lathe cuts with die cut sleeves, all of which are backed with a unique photo I took of the incredible tilework we saw all over Porto and Aveiro Portugal. If you haven't ever been to Portugal, I HIGHLY recommend it. That place is incredible.

I recorded this album mainly while travelling on a very lucky trip around the world in the summer of 2019. PUMP was recorded in Indianapolis right before I left home. DOZO was recorded in Tokyo, Japan. SLEEPER No. 51 was recorded in a sleeper car on a train between Bangkok and Chiang Mai, Thailand. MONK'S TRAIL was recorded in Chiang Mai. LE TOUR DU MONDE is a sound collage of field recordings from that summer including the last day of school before summer break and my last day as a teacher in Indianapolis, an early sketch for a commercial song, a plane taking off and landing, a Tokyo train, a Thai beach, a Buddhist prayer in Thailand, a Christian prayer at the Vatican, an Islamic Prayer in Marrakesh, Morocco a late night teen drum group and street musicians in Marrakesh, and a guitar piece from the week I returned home.

LISTEN TO IT HERE 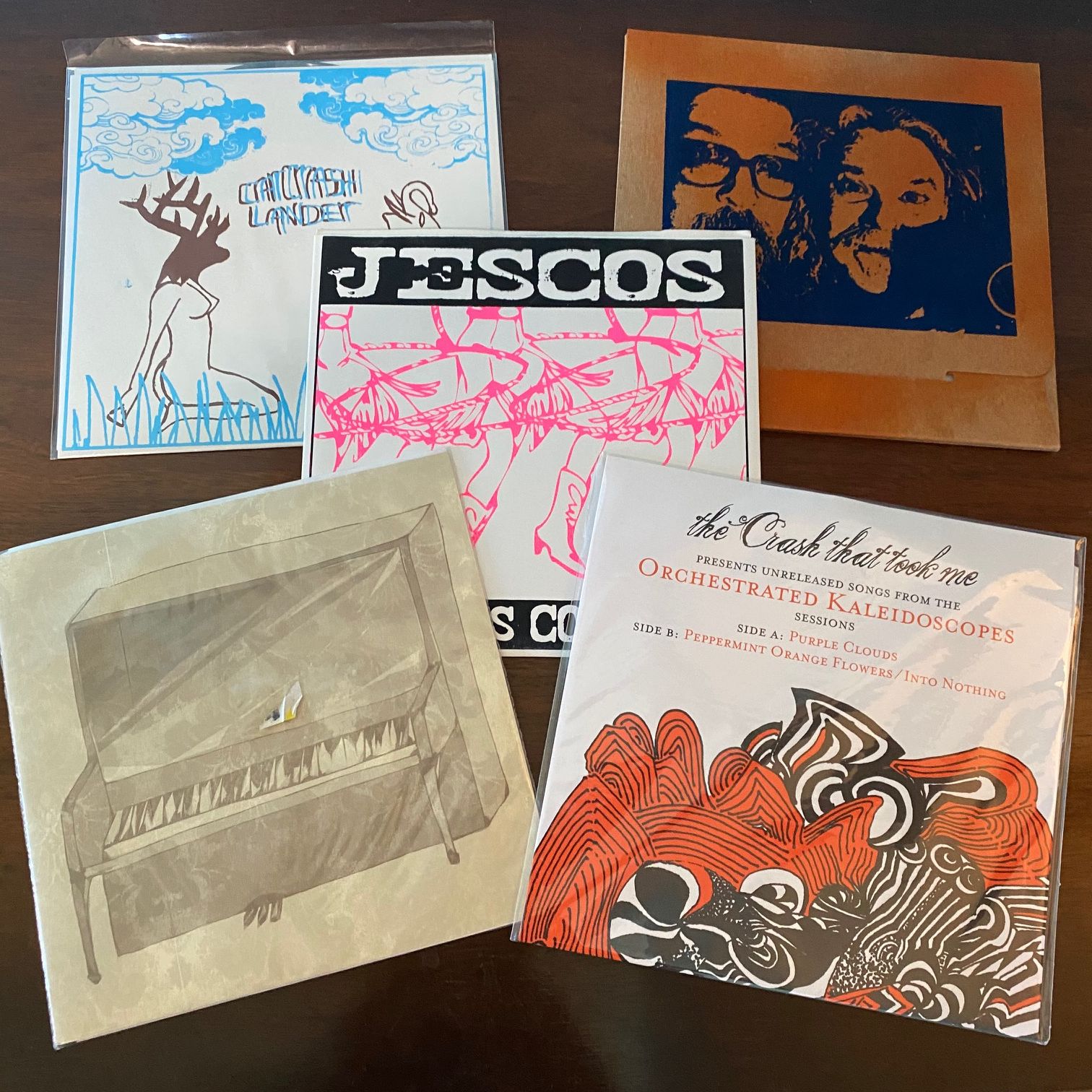 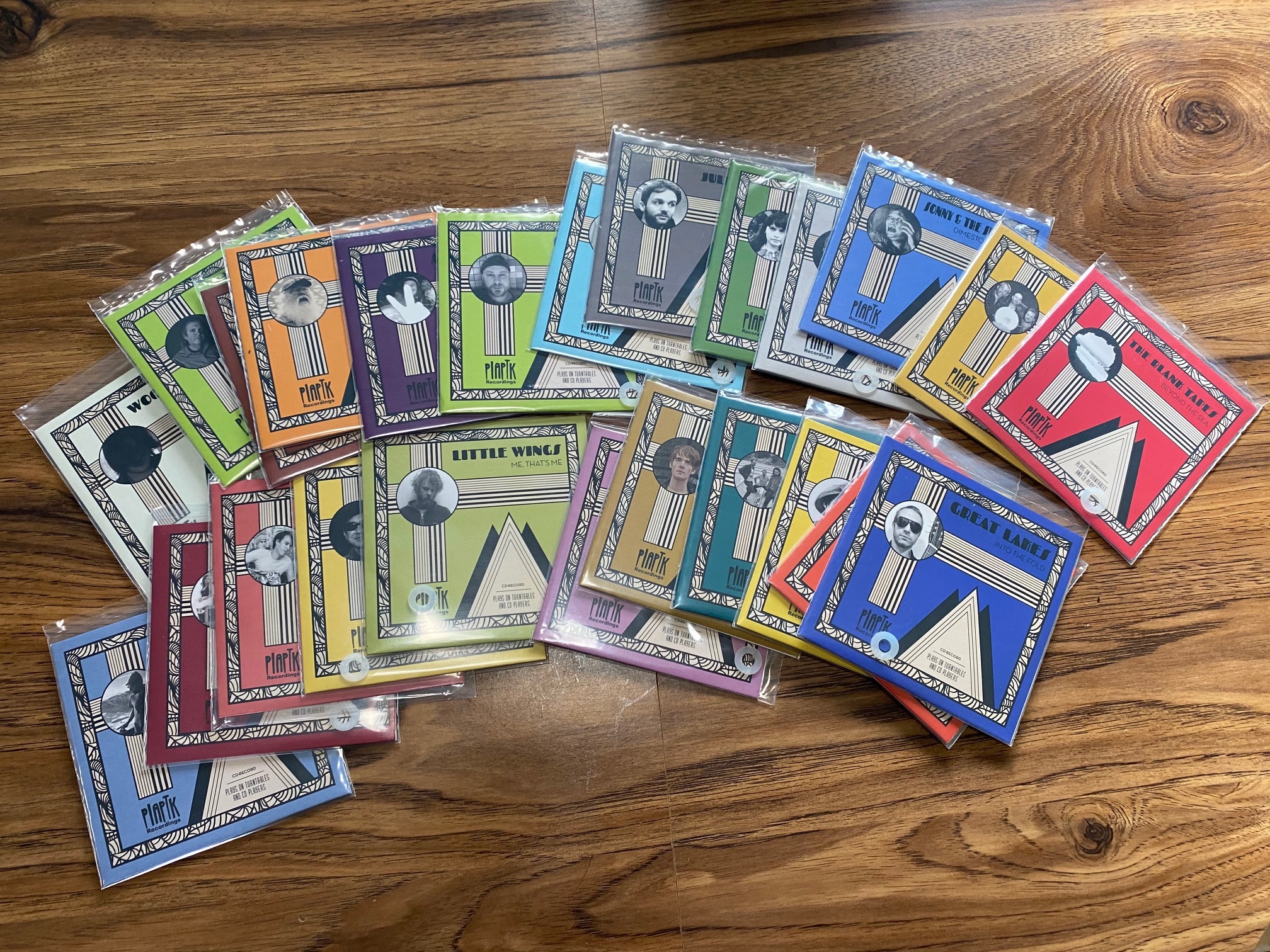 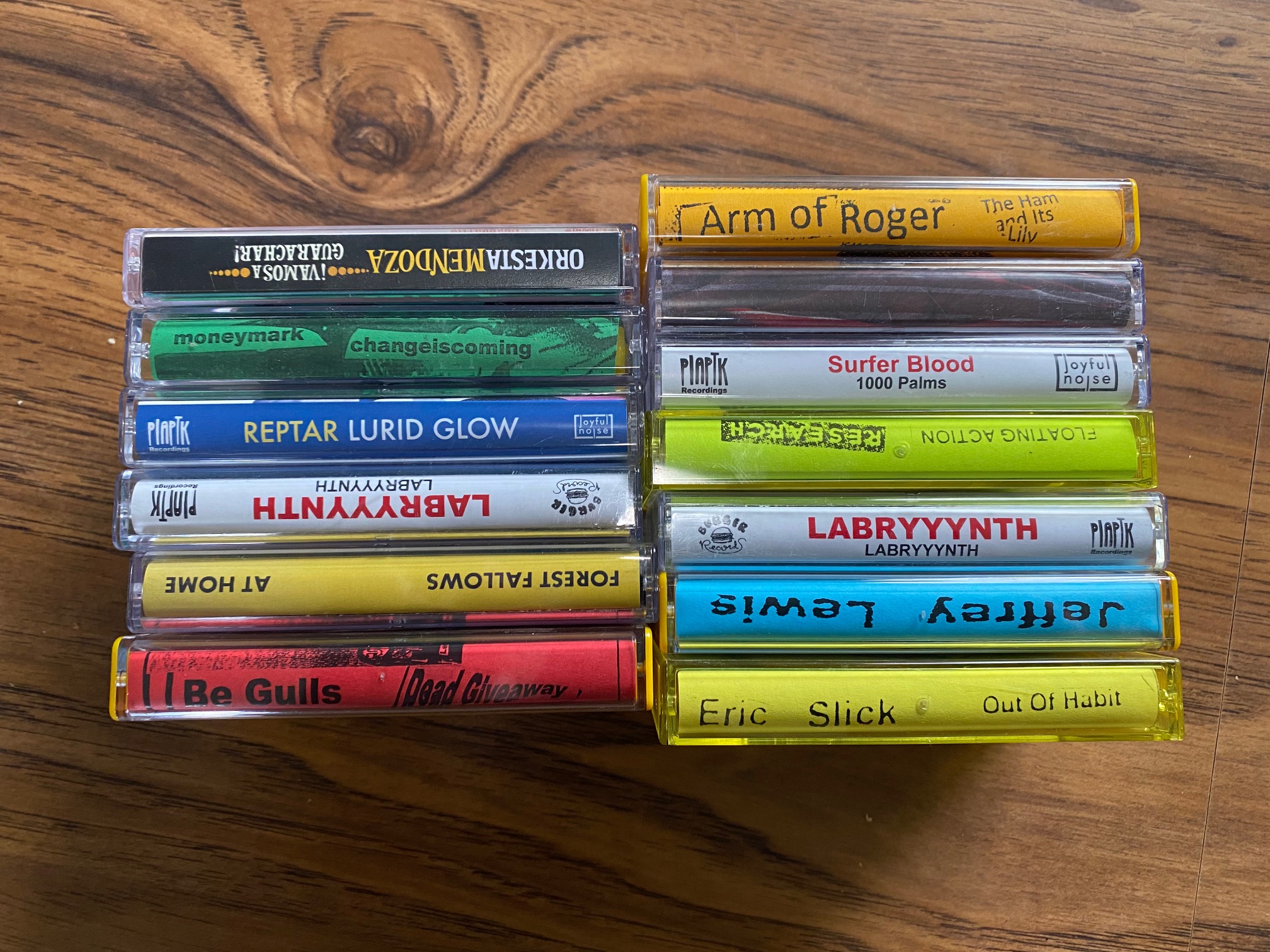 Well, they can't all be megahits... Over the years I've released over 300 records. And they are all great! But, some of them have yet to find the audience they deserve, and rather than having these things sitting in my basement studio, I would rather get them out to adventurous folks who will appreciate them, so here are some bundles for you to consider:

Early 7” releases 5x 7” Bundle -$11.11
These all date from the first five years of PIAPTK. They are all really great little singles/EPs, and you can have ALL FIVE for $11.11. Includes: Southerly/Protest Hill split 7” - PDX Indie Pop. Jescos – Topless Cowgirl – great, but criminally short lived “super group” of Wooden Wand plus The Mendoza Line. The Crash That Took Me: Unreleased Songs – Super group of the best bands in Dallas in the early aughts. Spaced-out Power Pop. Carcrashlander – All Yall – This is a seriously great 4 song EP from PDXs multi-instrumentalist Cory Gray who has ties to Graves, The Dodos, Decemberists, etc. I really love this record and am bummed it never really took off. R Stevie Moore/Billy Anderson Split 7” - Split between “the godfather of Lo-fi” and one of his childhood friends and occasional collaborator.

13 Cassette Grabbag - $29.99
I've dipped my toes into the cassette market over the years, but, they've never really taken off with yall, so, I need to get them outta here. Get 13 different PIAPTK and Soild Gold tapes for $29.99. Pic is an example, but each one may vary slightly.