Hi there everybody! Sorry to hit ya up so soon, but you know how it goes... we are always working on something, and we just hit a real solid lick this week with rad artists coming through Tucson and knocking out some Instant Merch Machine 7"s!

(BTW, we only have 20 copies of the Deluxe 2xLP edition of the new Michael Nau LP preorder left... then the bonus disc and the white vinyl will be gone forever. PICK ONE UP HERE)

Instant Merch Machine is a series of lathe cut clear plastic squares that we do in the Lathe Cave for friends and artists passing through town with a few extra hours to kill. We cut records for them while they hand make covers, and we make however many we can in a few hours. They take half with them for their merch tables, and we keep half to sell. The format is always a little different. Sometimes it's a new track, a remix, etc and sometimes they play live, straight into the machines for a direct to disc sesh. 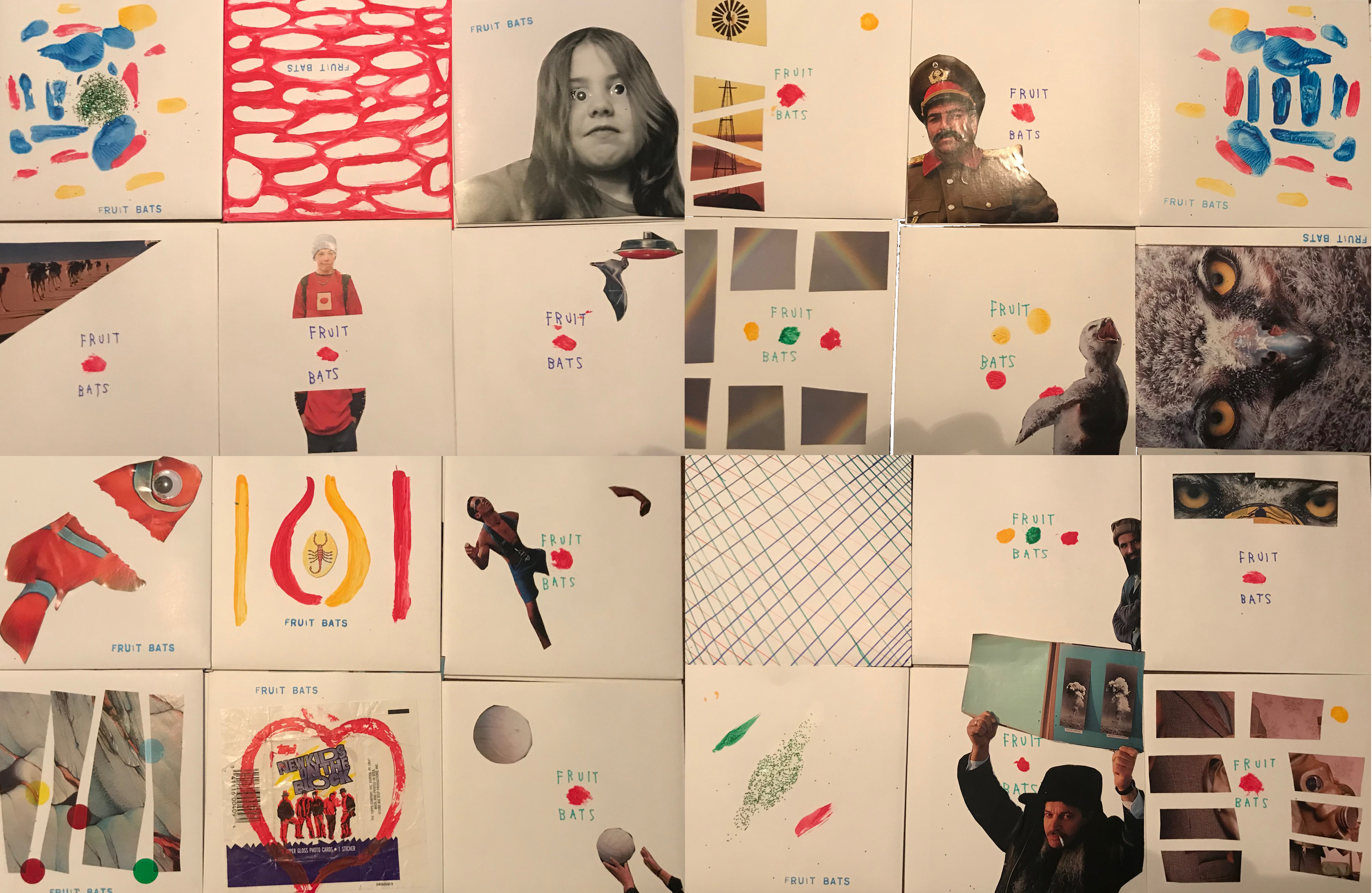 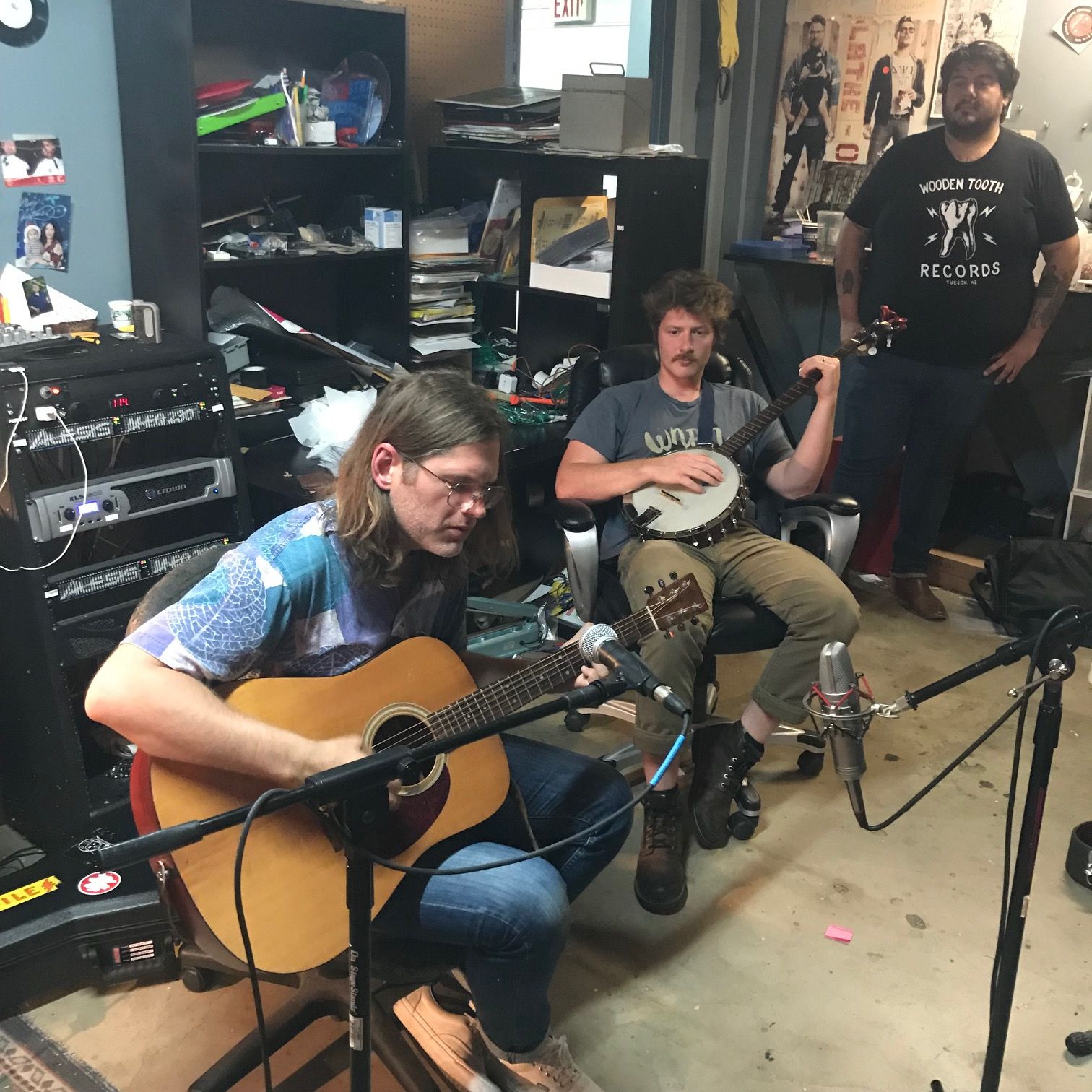 Fruit Bats - Ltd Ed of 82 - Eric D. Johnson came down and record some covers direct to the lathes! 7 or 8 copies of each song. There were two themes represented of covers, but we can't tell you what they were. It's a secret. Because live to disc is pretty tricky, some of them will be a little quiet, some will be a little loud and slightly blown out, some might have a skip where he got real loud on the mic, but they are all made in real time and are a relic of the moment. After the session we went back to my house and sat around making covers with paint, glitter, googly eyes and National Geographics. Each one is unique! Does not include downloads. 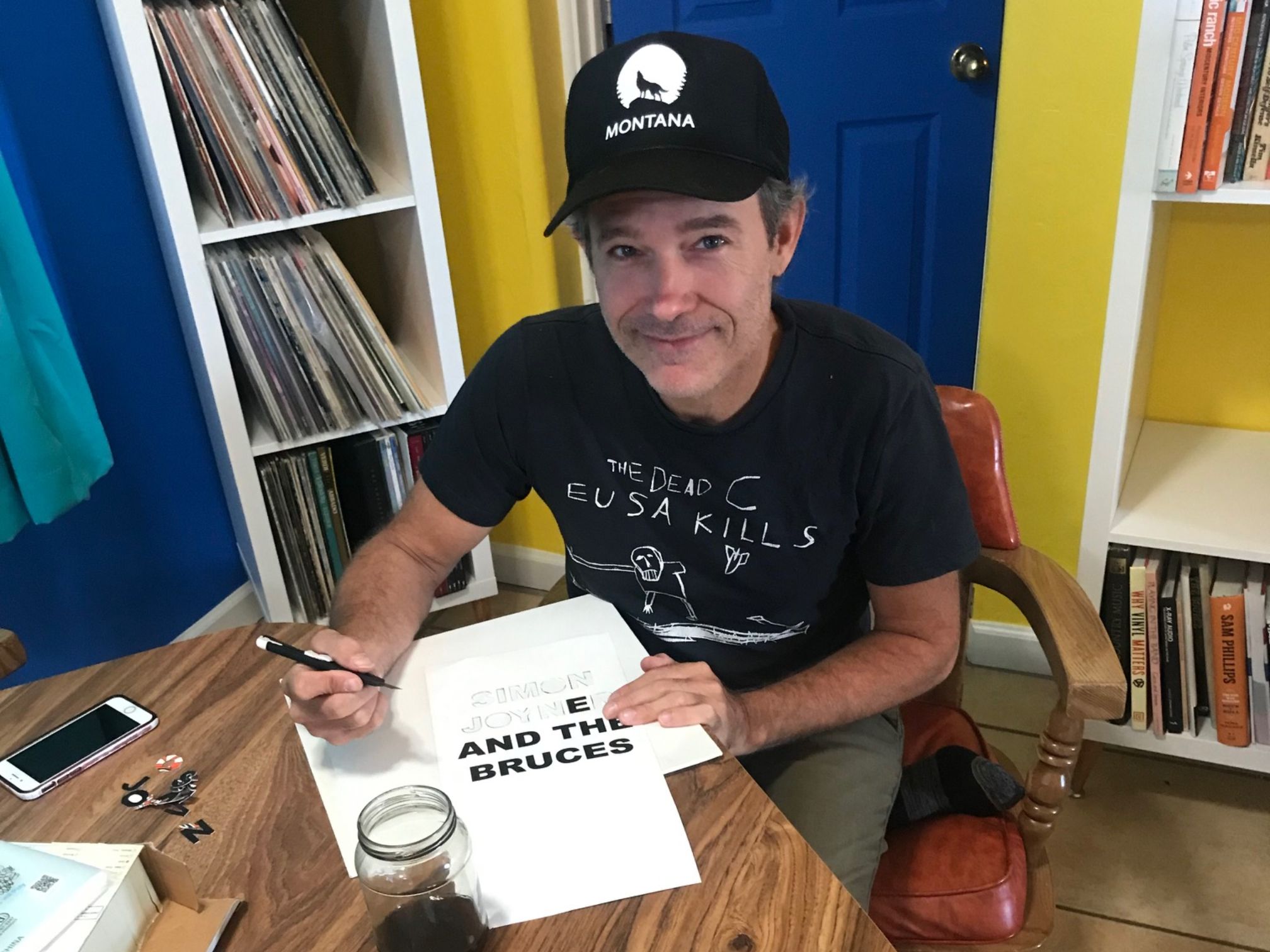 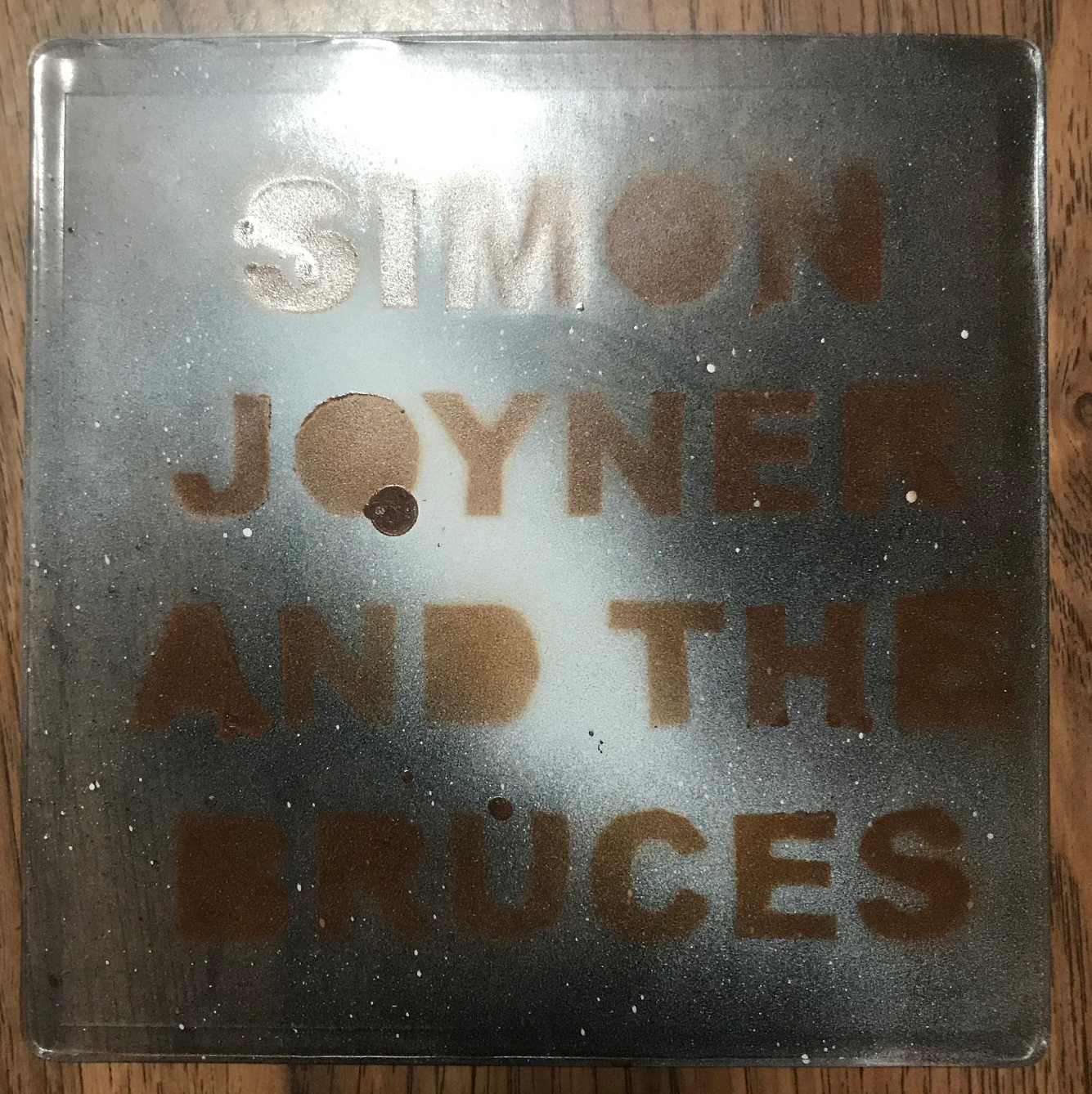 Simon Joyner and the Bruces- 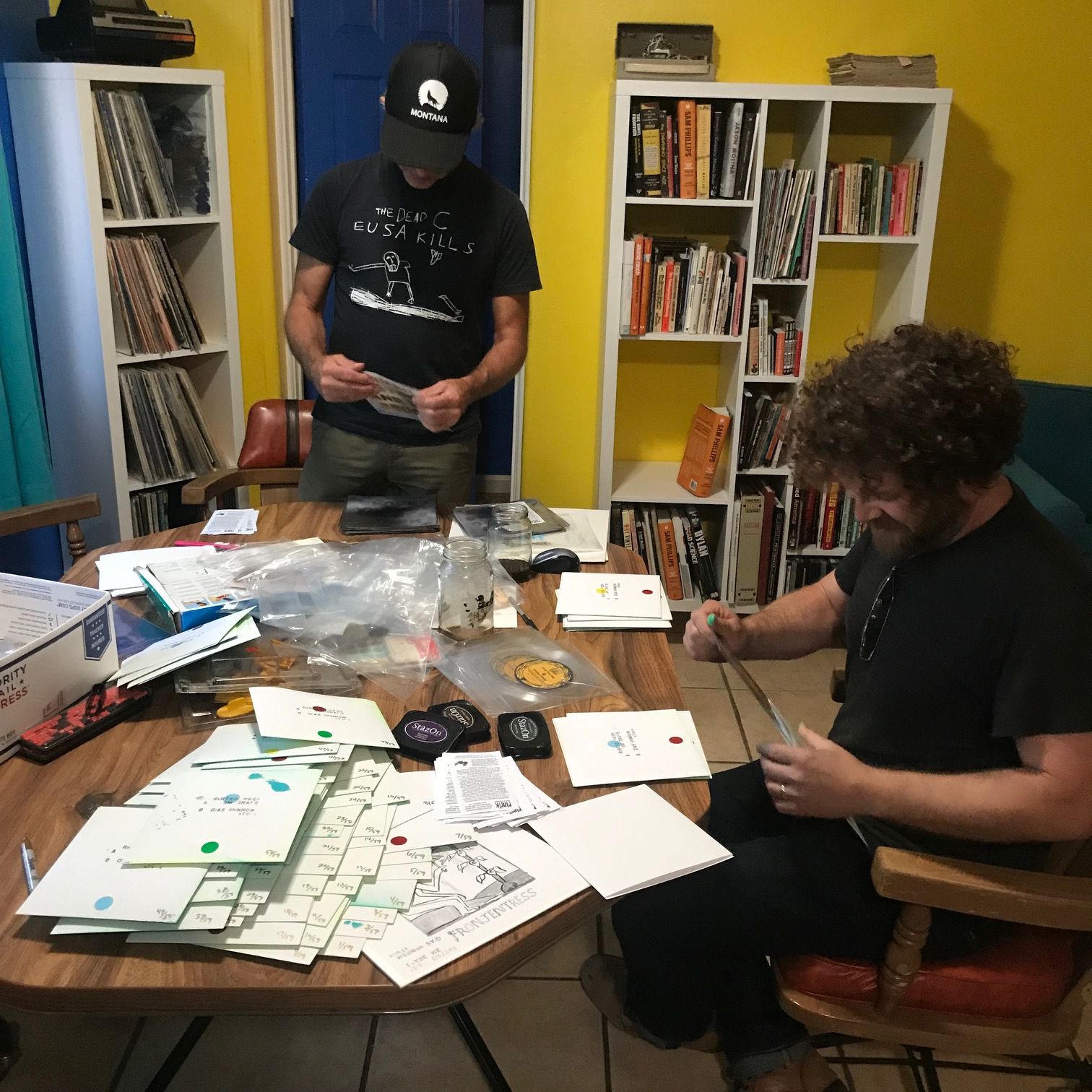 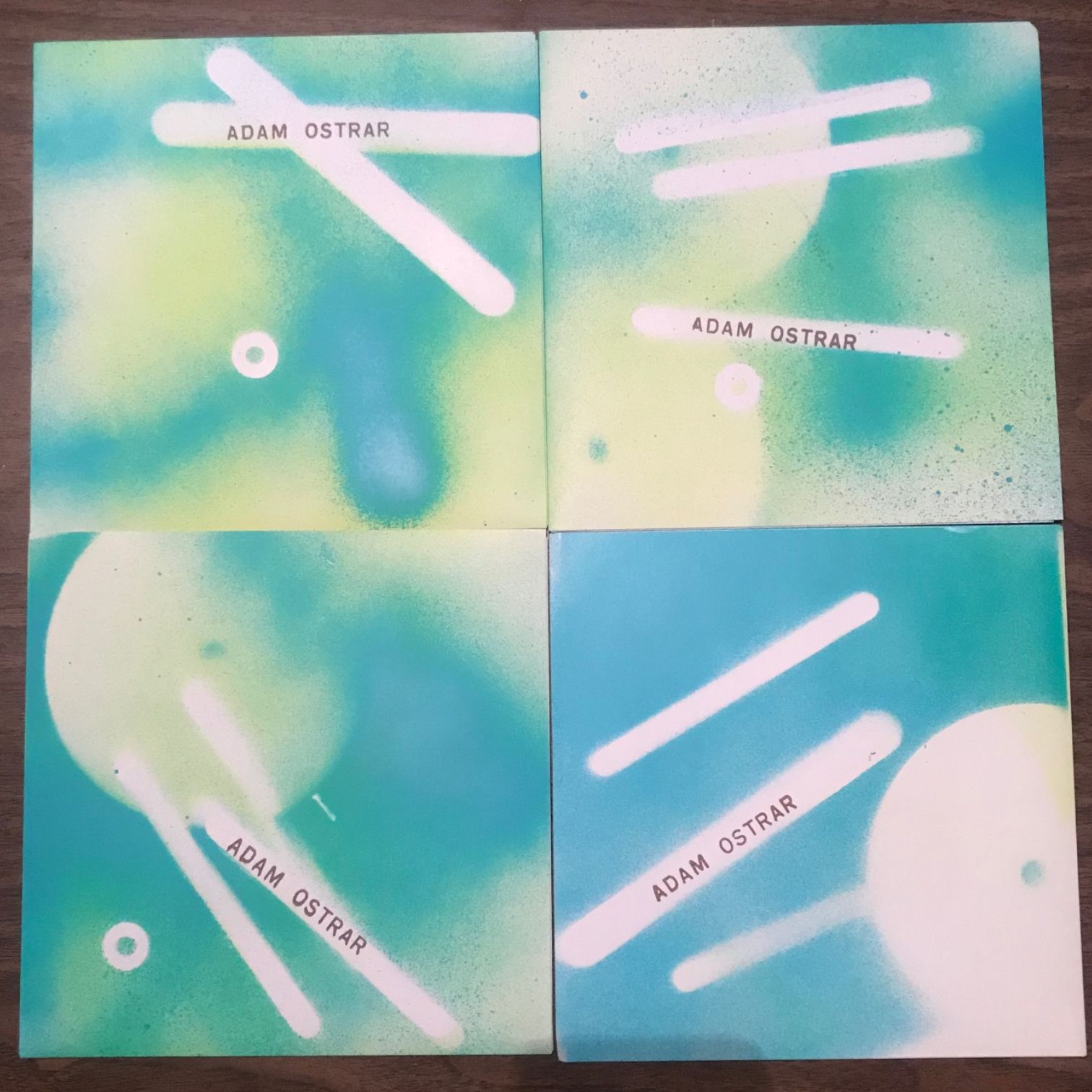 Adam Ostrar -Former Manishevitz front man gave me two studio tracks (Morning Said and Spare Me) and got wild dropping stuff on top of the covers and spray painting around it. 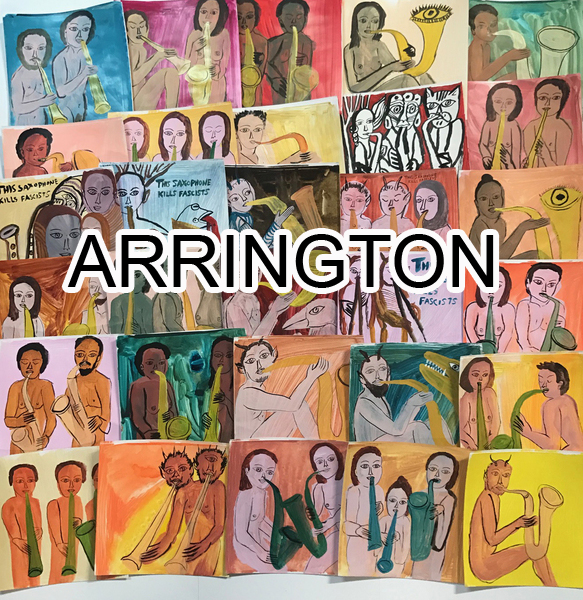 Arrington DiDionysio - This is an older release with a new lower price. Arrington came into town on his "This Saxophone Kills Fascists" tour and put together a band with Golden Boots and some other dudes and played some freaky improv skronk jazz. Then Arrington painted the covers. His art is usually MUCH more expensive than this, and you get a unique watercolor!