Well, it's that time of year again. I'm broke and you are looking for the perfect gift for the vinyl loving loved one in your life (and maybe yourself). So, I'm making it easy to solve both of our problems by putting together Valu-Paks of various prices, makeups and qtys. If you get stuff you already have, give them as gifts! If you order multiple "random" packs, we will do our best to not double you up too much (unless you have your eye on something specific for grandma (may we suggest Graves - Easy Not Easy??), in which case, we can consider requests.

2019 is shaping up to be the slowest year in PIAPTK's 13 year history. Going to take it slow and focus on other things.

Mobile Vinyl Recorders and the Record Lathe Repair/Restoration/Sales/Training, etc is taking me to some wild places it's looking like. I'd love to talk about them, but they aren't totally set in stone, so I don't wanna jinx 'em, but if they come through, it's gonna be bananas.

Anyway, in order to focus on those other things, and to buy a small commercial building to move The Lathe Cave into, I'm gonna need to clear out some space and raise some serious capital by the end of the year... both to have a down payment, and to show the bank that I can actually make more money in a year than someone working part time at Taco Bell.

So, any purchases from PIAPTK.com made this month will get you on Santa's Not Naughty List.

On the docket this month:
1) Holiday Valu-Pak Bundles - Get a bunch of records for not a bunch of money
2) Song Poem Found LPs - This shit is wild... see below
3) Test Pressing Sales - Most Test Pressings down to $20 per
4) Joyful Noise Super Rarity Lathe Cuts - Stuff I made for JNR including Melvins, Built to Spill, Joan Of Arc, Tortoise, etc 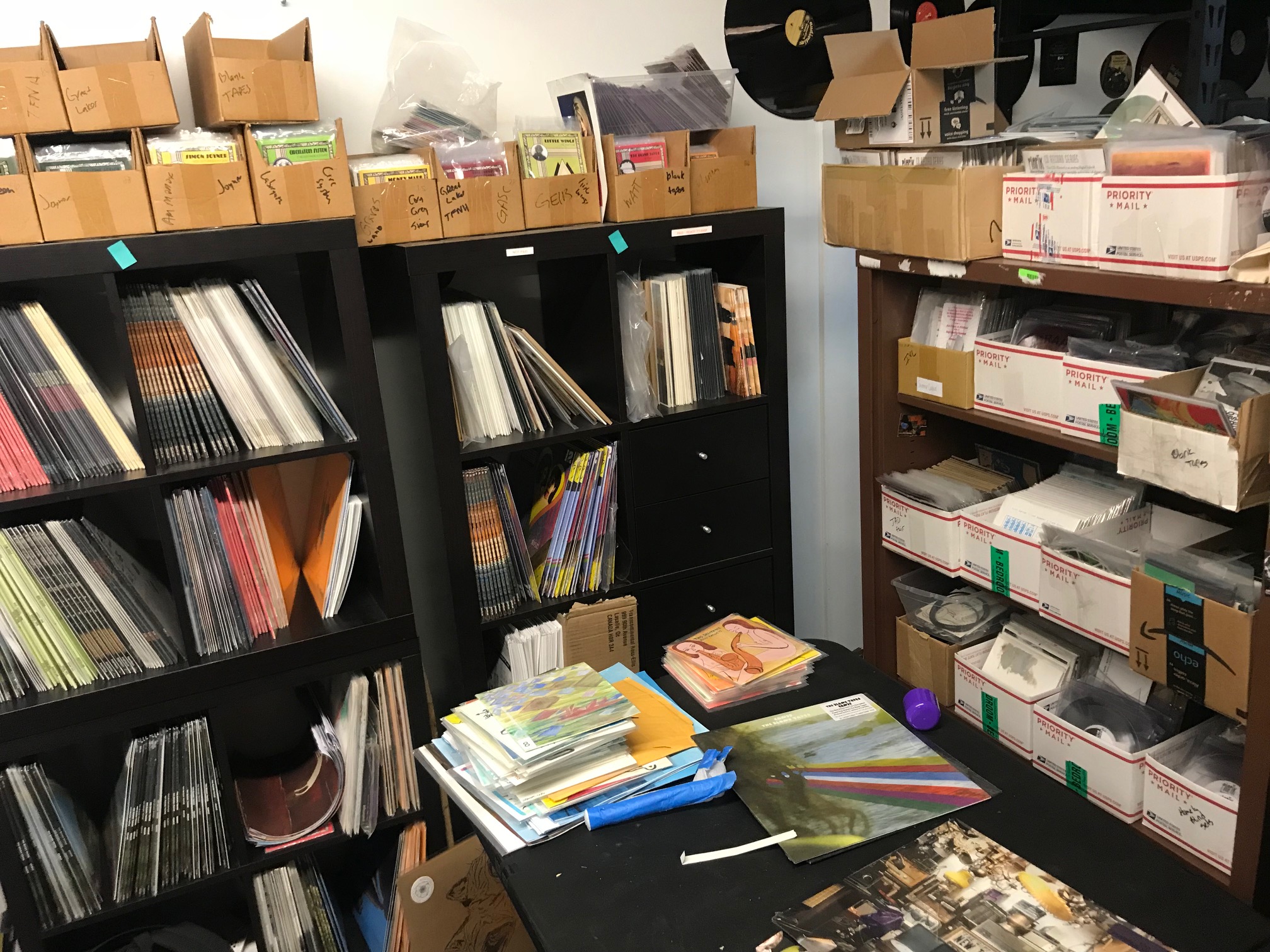 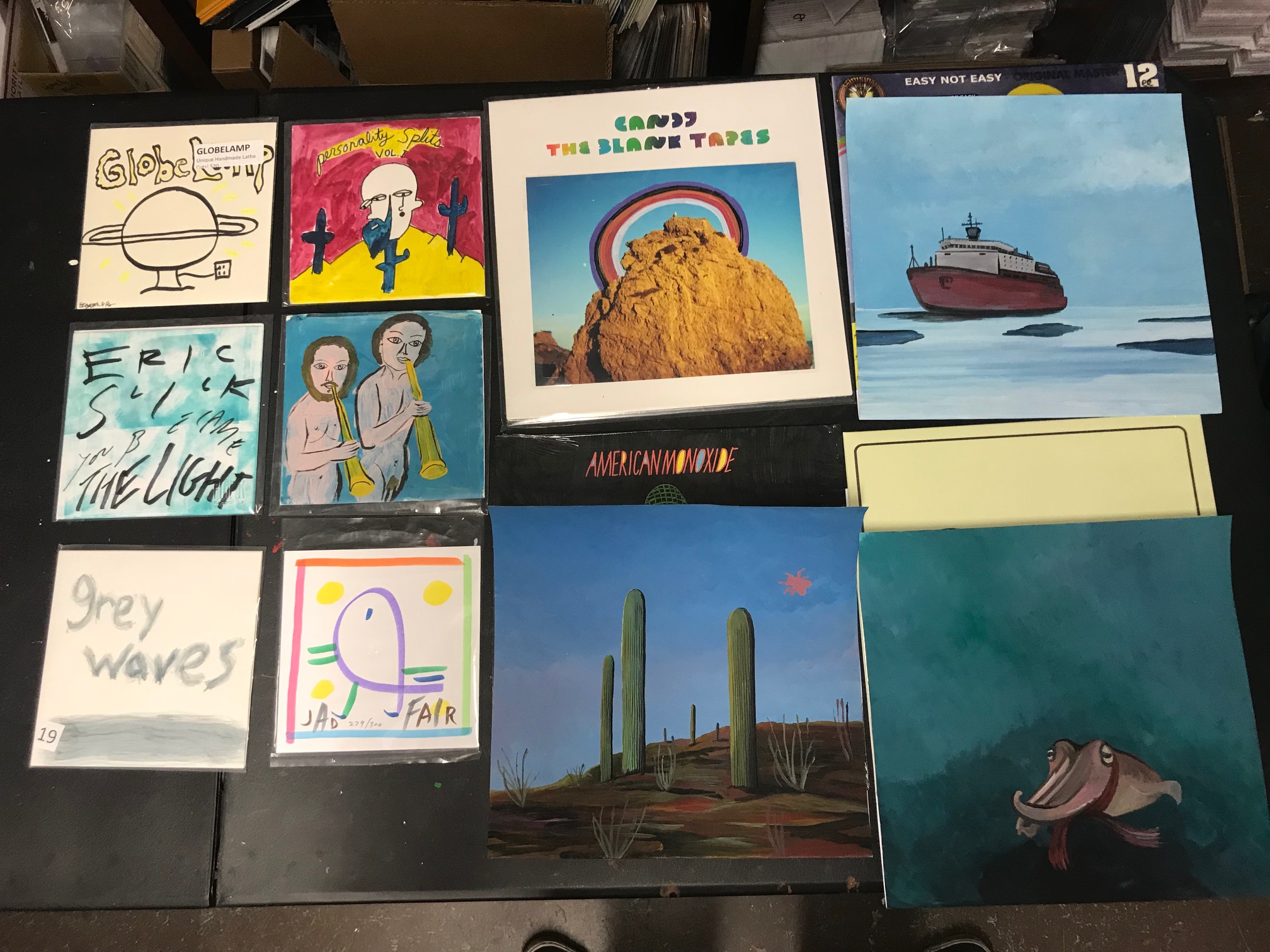 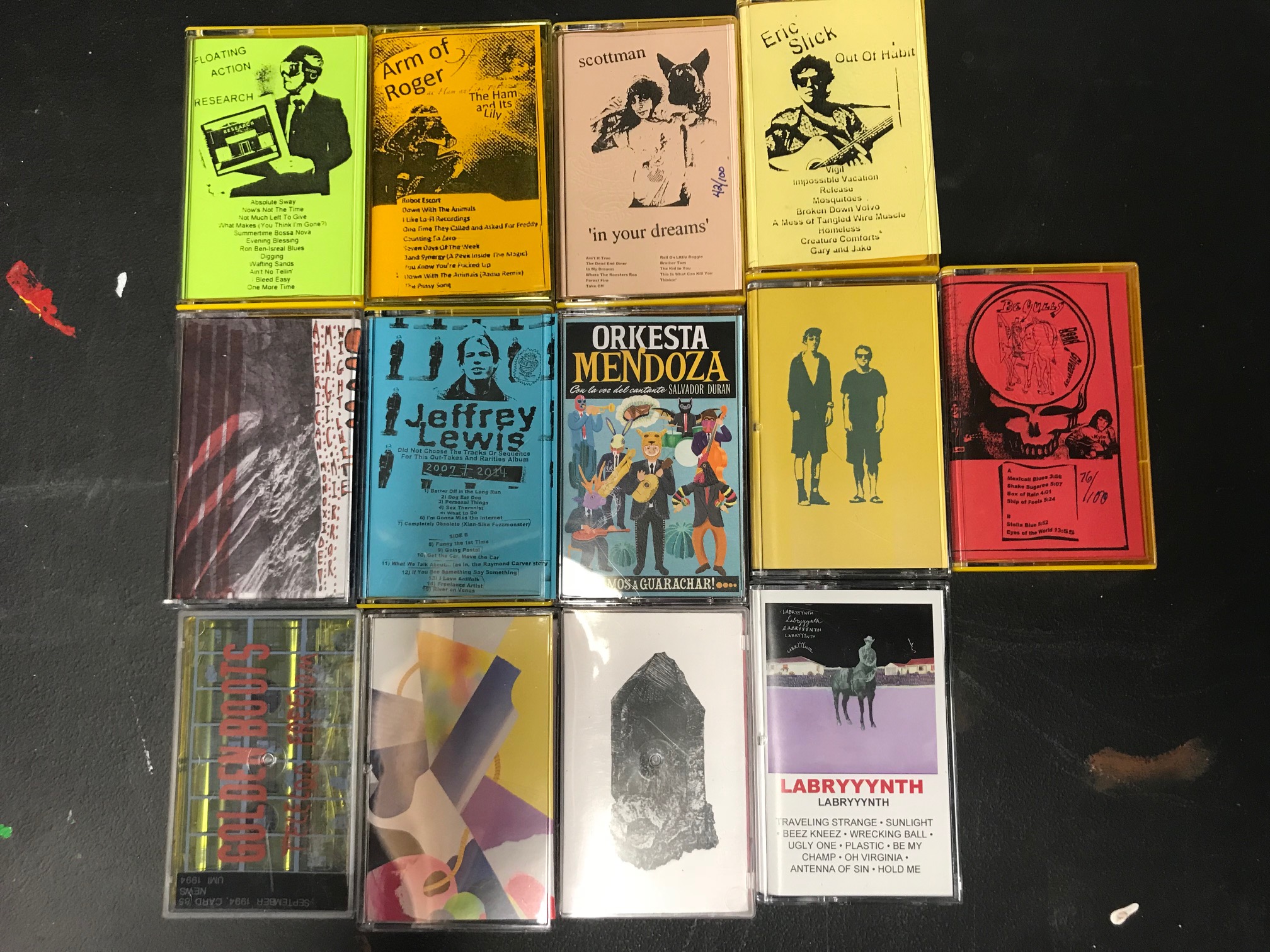 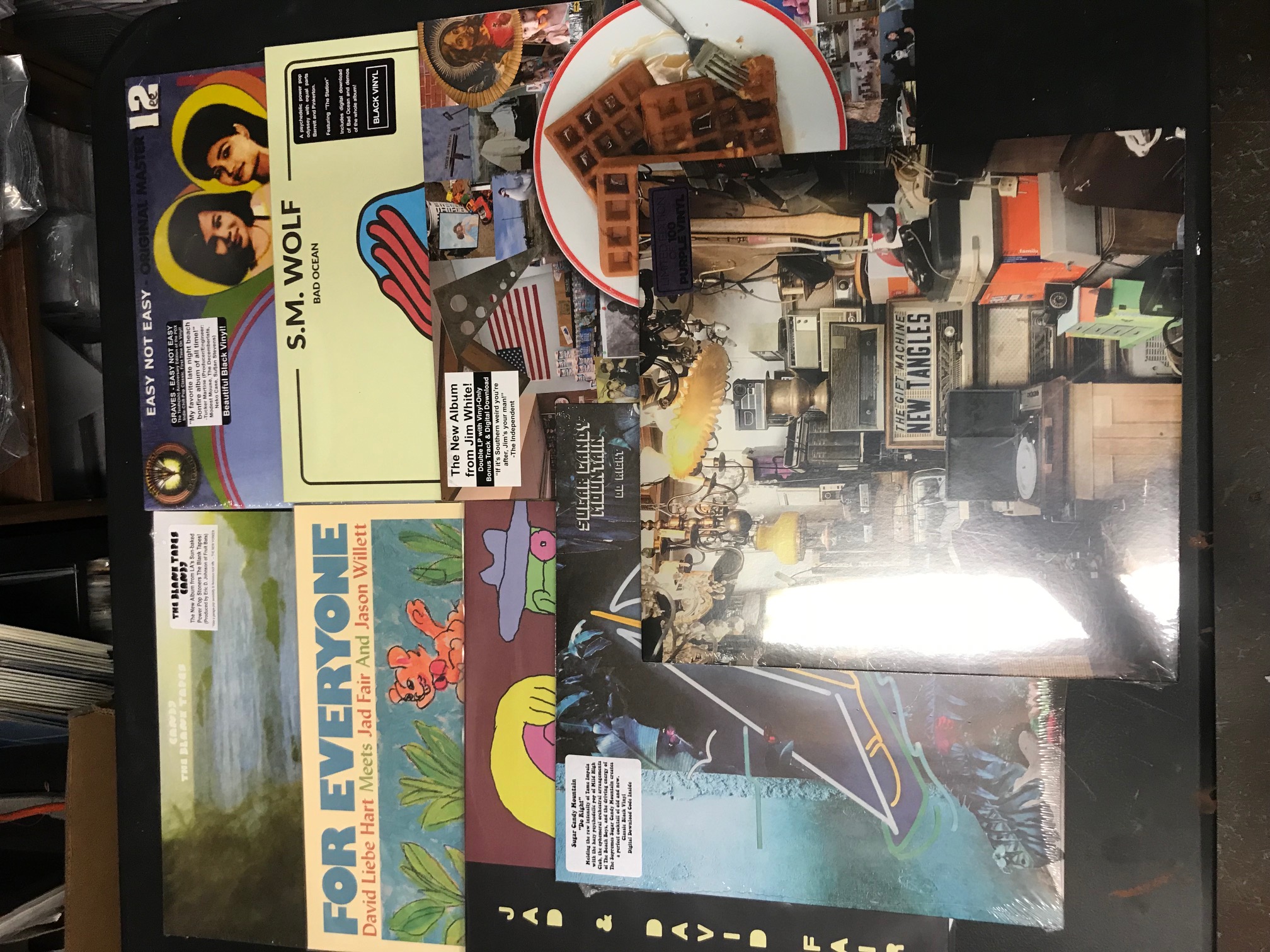 Class of 2018 Valu-Pak 9 LPs - $90
2018 was the year that we doubled down on the pressed LP. We released 8 fantastic albums (one double LP). Catch up with all of them in one fell swoop by picking up the whole lot for only $90! That's a $135 value! (does not include the Floating Action LP, because they sold out super quick)
Includes: Sugar Candy Mountain - Do Right, The Blank Tapes - Candy, Jim White - Waffles, Triangles, and Jesus (2xLP), The Gift Machine - New Tangles, SM Wolf - Bad Ocean, Jad Fair & David Fair, Jad Fair & David Liebe Hart, and Graves - Easy Not Easy.

Hand Painted Pak - 4 LPs, 5 Lathe Cut Singles - $145 ($215 value!)
You know we love hand-painted and unique covers. So here is your chance to pick up most of the hand-painted covers that we still have in stock. And if you've been sleeping on Almost Halloween Time Records (one of our favorite labels of all-time), you better get hip.
Includes: SM Wolf - Bad Ocean LP Almost Halloween Time Cover, Graves - Easy Not Easy LP AHT Cover, American Monoxide Web Content AHTCover, The Blank Tapes - Candy hand Painted 8x10 photo cover, Jad Fair - Stick/This Time 7" Hand markered by Jad, Arrington DiDionysio - Live at the Lathe Cave 7" with unique audio AND oil painting by Arrington, Eric Slick - You Became The Light/Dirge 7" Hand designed by Eric, GlobeLamp - Sha La Love/Birds Down My Back hand drawn by Elizabeth, And Grey Waves - Faith/Void 7" lathe cut with unique handpainted cover by various artists. $215 value. Only $145!

Lathe Cut Single Pak - 20+ Lathe Cut Singles for $100
We have a ton of amazing, random lathe cuts that we've put out over the years. CD-Records, shaped records, hand painted ones, all kinds of weird shit. With this pack you will get over $225 worth of lathe cuts for $100. Randomness, but a good selection and cross section of what we've released. Might even throw in some out of print archive copies.

Cassette Pak 13 Tapes (including out of print Scottman "In Your Dreams!") $55
One of every tape we have in print, PLUS the Scottman In Your Dreams, which highly desired and long gone. You get:
PIAPTK - Forest Fallows - At Home, Golden Boots - Labryyynth, Golden Boots - Telelog Freedom, Devin James Fry - Headwater Songs, Orkestra Mendoza - Vamos A Guarachar, Reptar - Lurid Glow, American Monoxide/White Light split,
Soild Gold - Scottman - In your Dreams, Grandaddy - Arm of Roger, Jeffrey Lewis - Outtakes, Floating Action - Research, Be Gulls - Dead Giveaway, Eric Slick - Out of Habit.

PIAPTK Starter Pak Lite - $100
8 LPs, 5 pressed 7"s, 2 CD-Records, and 2 Lathe Cuts
This is just a random assortment of good stuff we've released over the years. Guaranteed value of over $250.

PIAPTK In Print Load Up - $500
One copy of everything we have in print, Lps, Pressed 7"s, lathe cuts, CD-Records, whatever. I didn't even bother doing the math on all of it, but my guess is that it's well over $1500. I'll probably even dig into the archives and throw down some sweetness if for some reason it doesn't look like a good enough deal to me to me when I'm packing it up. 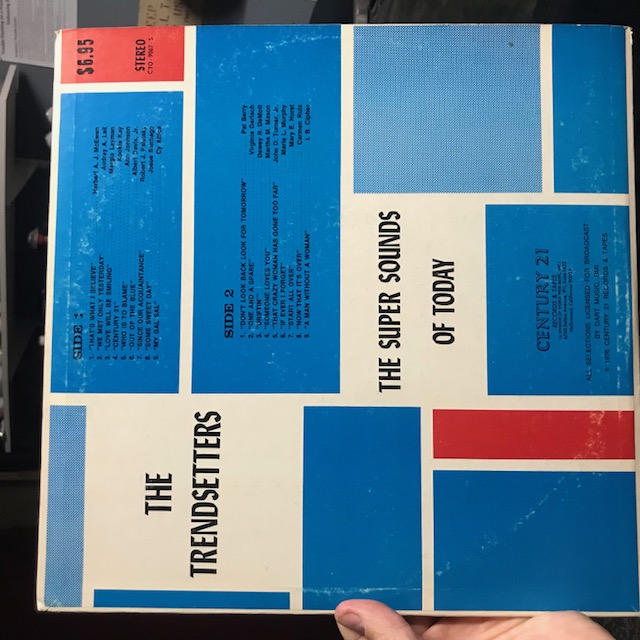 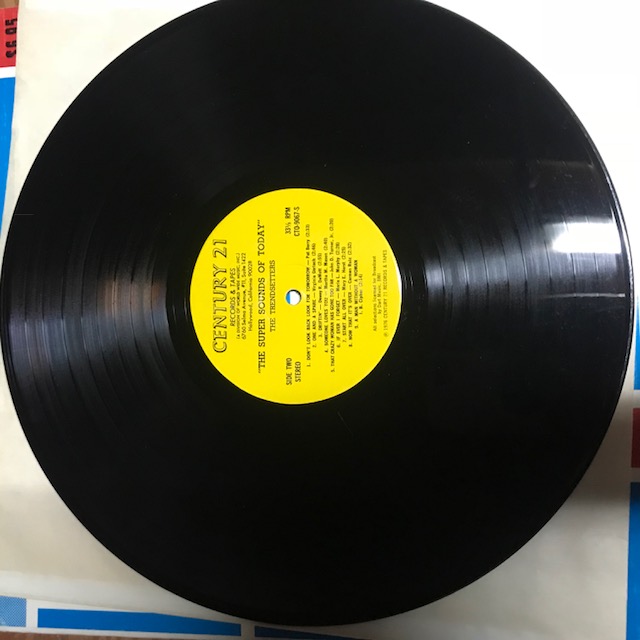 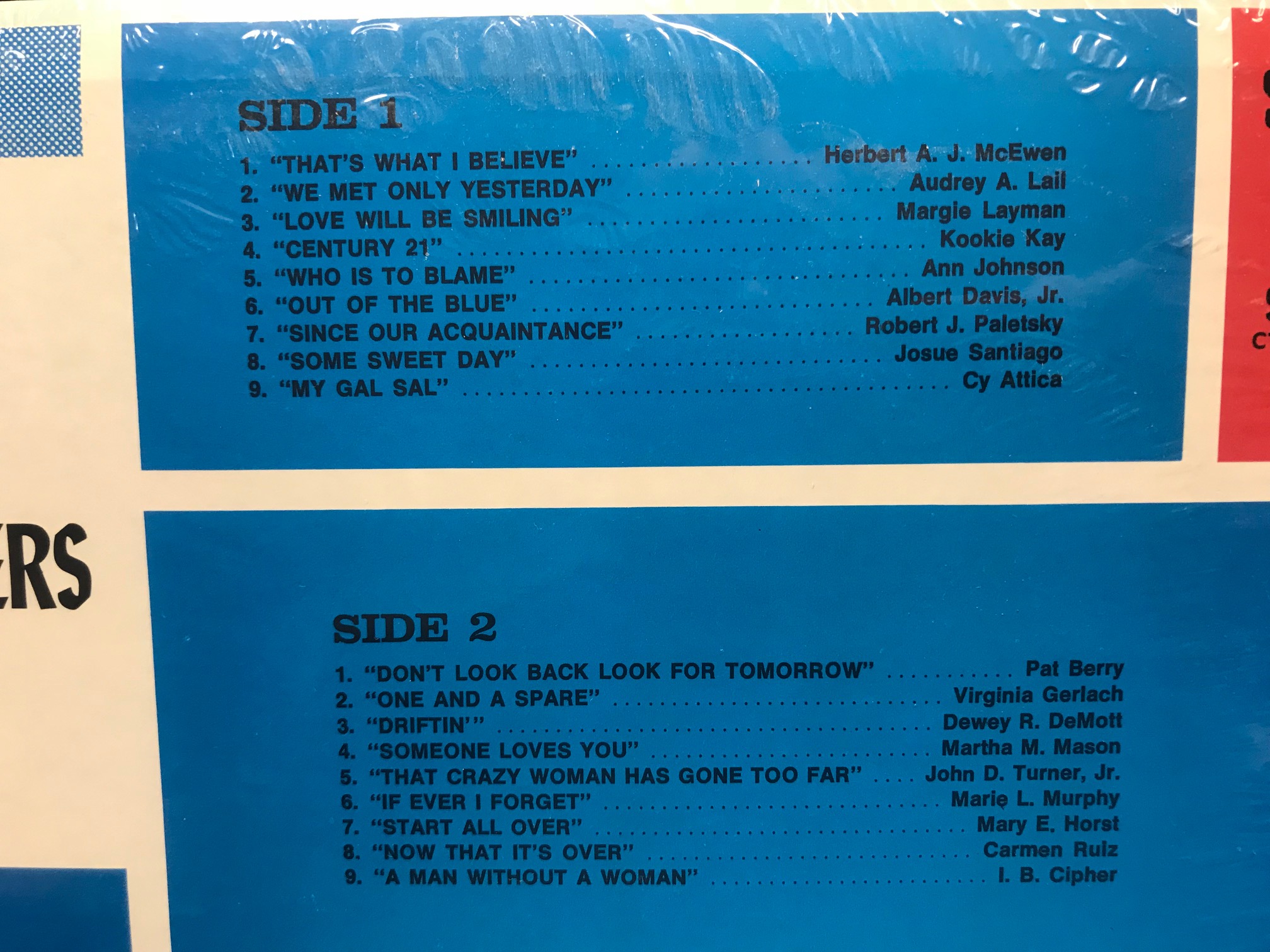 If you aren't familiar with "Song Poems", get ready for a rabbit hole of weirdness (google it, and watch "Off the Charts: The Song Poem Story Documentary). Morally questionable recording studios would put ads looking for lyrics "for new hit songs to be recorded by their soon to be famous singers"... chumps would send in some poems for "evaluation", ALWAYS be told "this is amazing! All we need is X amount of dollars to send this new singer into the studio and press up some records to send to radio stations! You will be rich!". They would record these songs using the house band, with VERY little (if any) preparation, and usually press a handful of copies of a single to send to the "lyricist". Some of these tunes were actually pretty decent, or at least hilarious for their casual shittiness.

But occasionally they would make LP comps of these amazingly awful masterpieces.

I found about 20 copies of this pretty stellar (for a song poem record) LP at a thrift store, most of them still sealed. My guess is that it came from the estate of one of these Suckers... I mean, songwriters... They go for $35-50 on ebay usually and are a pretty hot commodity for those weirdos in the know. But I want to give yall first crack at em.

This one has it all... country, folk, funk, Jesus Freaks, Pissed off Ex-Husbands, etc. Something for everyone. Also, amazing names like Kooky Kay, IB Cipher, Dewey R Demott, and Cy Attica. 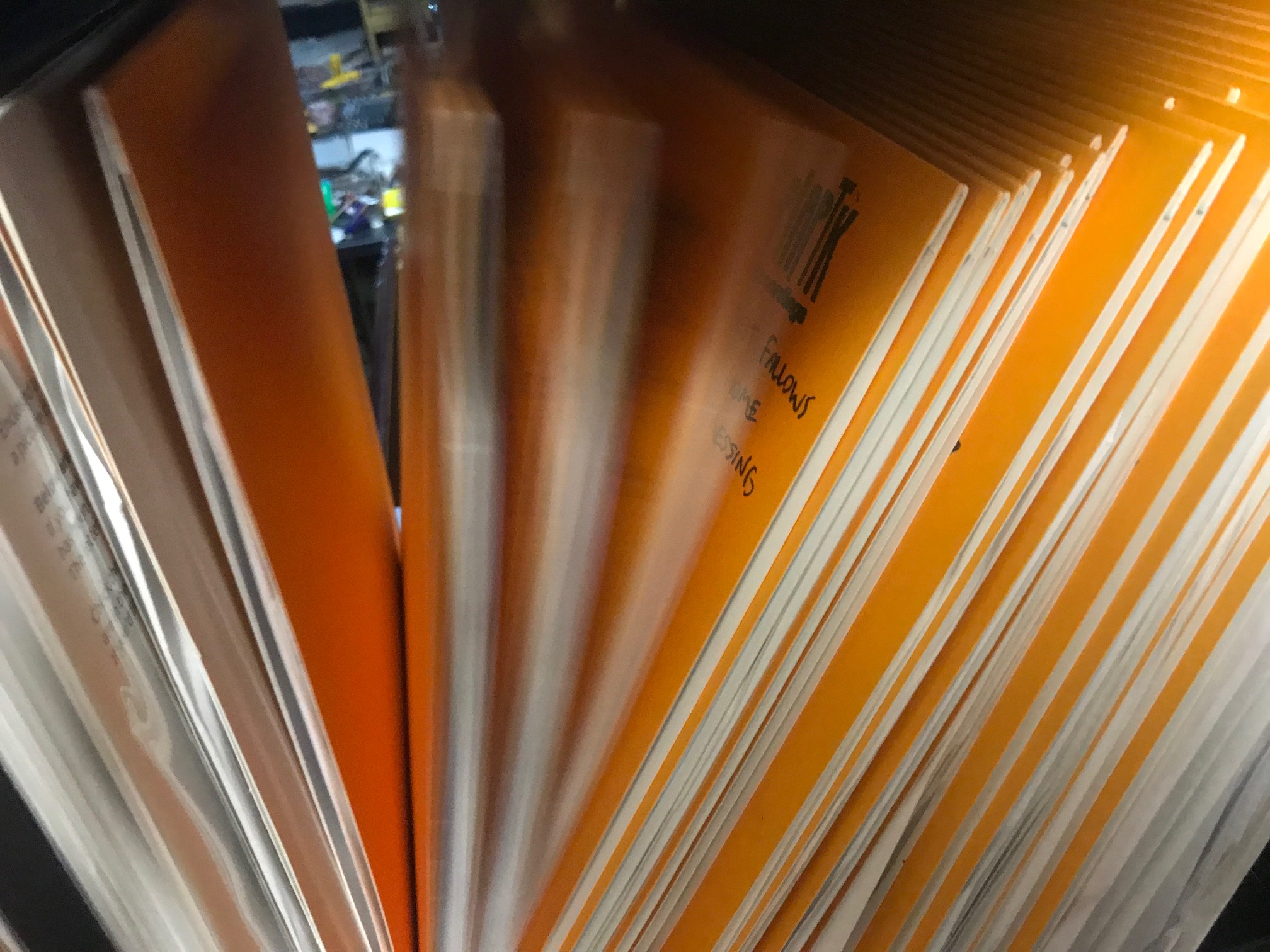 Clearing out some of the old Test Pressings. Most of which are marked down to $20 a piece. Go Get em! 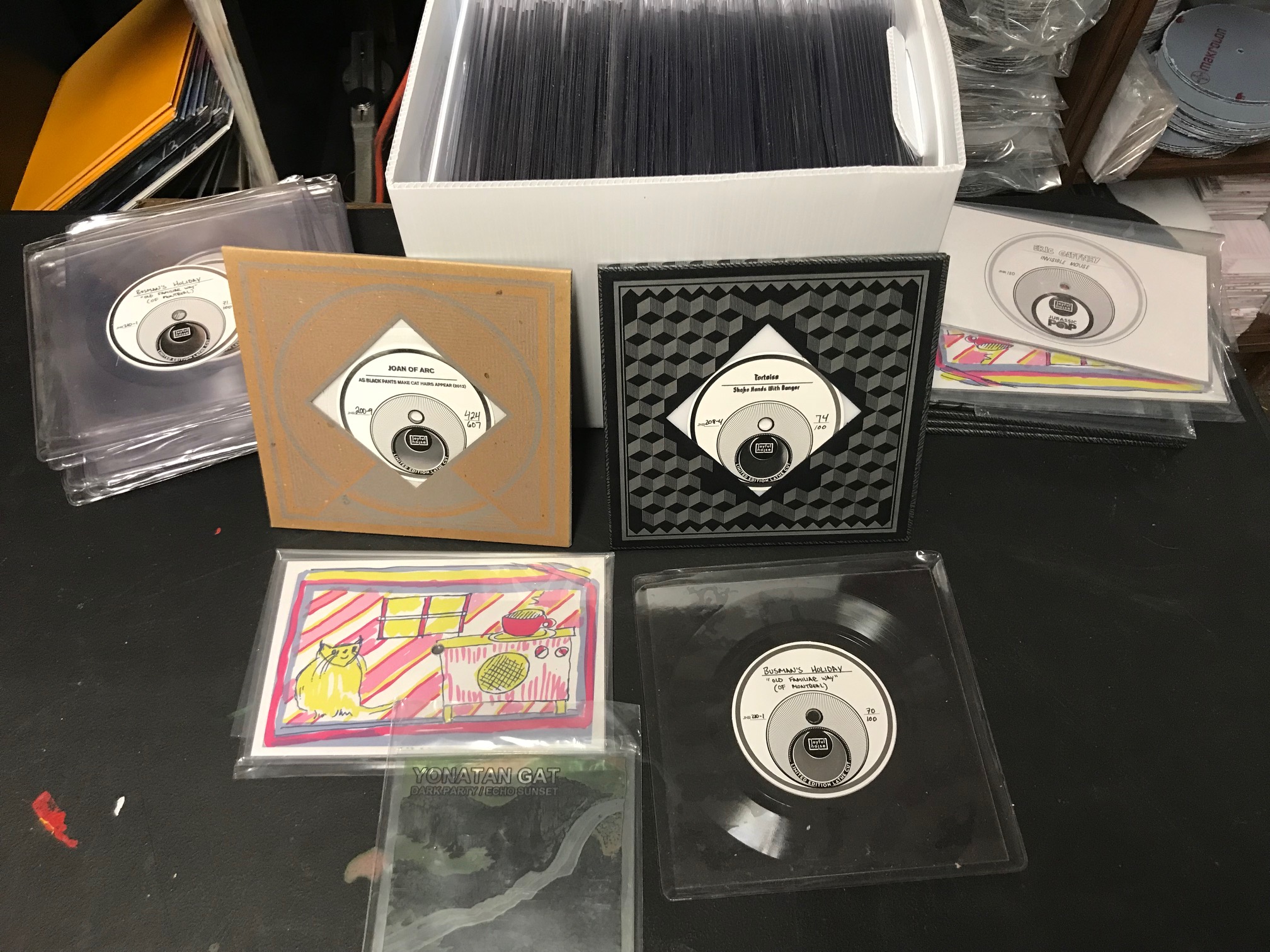 I've been collaborating with Joyful Noise Recordings for a long time now. For the first three or four years I cut ALL of their lathe cuts, and there were a lot of them. Eventually I set them up with their own lathe so they could do some of the cuts in house, but I continued to do some of their bigger jobs. Part of the deal I had with them was that I got to keep 3 copies of every record I cut. One for my archives, one for my play shelf, and one for whatever friend I had that was a huge fan of whatever the band was. But, I've seen a of people asking for these super rarities on the JNR FB group, and some of the prices on discogs and ebay are bonkers. So, in order to get these out of boxes on my shelves and into the hands of fans who will enjoy them, I'm keeping my play copy and selling one or two extra copies I have FOR THE ORIGINAL JNR SALES PRICE so that the super fans of these bands can have these and not the ebay flipper parasites.

There are records from The Melvins, Sebadoh, WHY?, Built To Spill, Kishi Bashi, Son Lux, Godspeed You Black Emperor, Joan of Arc, Thee Oh Sees, and dozens of other amazing artists.

LIMIT THREE PURCHASES PER PERSON FOR THE FIRST DAY. I want to give everyone a chance to get some of the good stuff, so after the first wave has subsided, you can come back and get more if you want.

Series:
50 Bands and a Cat - (50B) - These were to raise funds to fight the asshole Mike Pence when he was trying to fuck up Indiana... Nostalgic for those days? I am.. (whomp whomp). They were limited to whatever people ordered at the time might have been 20 or 156)
Fountain Square Music Fest (FSMF) - Cut Live at JNRs first
Almost Live - (AL) These are the lathe cut vers mostly limited to 100
VIP Lathes
Other stuff - random cuts I did over the years